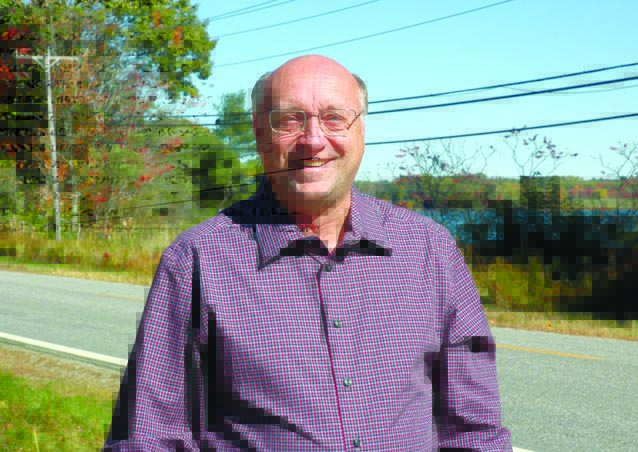 Maine Senate Minority Leader Dana Dow, R-Waldoboro, wants to continue his work to make the state more business-friendly and help businesses recover from the economic turmoil of the pandemic.

Dow is seeking reelection in Maine Senate District 13 — all of Lincoln County except Dresden, plus Washington and Windsor.

Dow co-owns Dow Furniture with his wife, Lisa. He is a graduate of Medomak Valley High School and the University of Southern Maine. He was a chemistry and physics teacher at MVHS from 1974-1980 and periodically thereafter until 1985.

In addition to having served on the Waldoboro Planning Board, local and regional school boards, and the board of First National Bank, Dow previously served in the Maine Senate from 2004-2008 and the Maine House of Representatives from 2011-2012 before winning election to the Senate again in 2016.

He is being challenged by state Rep. Chloe Maxmin, D-Nobleboro.

If reelected, Dow said his top priority will be to provide access to high-speed internet throughout the county. “I’m hoping to be realistic in getting broadband in as many places as possible,” said Dow.

As Senate minority leader, Dow said, he has to be aware of what benefits the entire state, not just Lincoln County.

He believes the biggest issue facing both state and district is the struggling economy.

“Recovering the economics is the first priority,” he said. “There isn’t enough money to give out to everybody. We’ve got to get the economy back and rolling.”

Regarding schools reopening, Dow approves of allowing each district to decide how to move forward. He said a one-size-fits-all approach would not work in Maine.

“Schools are the biggest day care centers we have,” he said. He feels good about schools allowing students and families to choose between remote and in-person learning, but is nervous about the level of uncertainty surrounding reopening.

“We don’t know all the answers, and we don’t even know what some of the questions are,” he said. He said this uncertainty is having a psychological effect on many people, but it’s important that the state keep moving forward.

As the state moves forward, Dow is not convinced that wearing masks should be mandatory, but he strongly urges the wearing of masks when necessary.

Dow does not believe in tax increases. Of the state’s anticipated $1.4 billion revenue shortfall over the next three years, Dow acknowledged that the Legislature will have to make some tough cuts, but said those burdens cannot be passed on to the taxpayer.

He said it’s important for the state to put money away in its “rainy-day fund” to prepare for future emergencies.

“We can’t predict what will happen,” Dow said, “so the best thing we can do is make sure there is plenty of money (in the rainy-day fund) so that for whatever reasons we need to use it, it’s there.”

As the state grapples with the pandemic, Dow said the best thing it can do is allow businesses to open and not slow that progress with too many regulations. He said it would be beneficial to distribute federal aid to businesses hurt by the pandemic, like those in the tourism industry.

Regarding fatal drug overdoses in Maine, Dow said there is a mental health component to the problem and there are not enough resources for people who are struggling.

“I’m all for mental and psychological help, and I support groups that provide that to Mainers,” said Dow, adding that the pandemic put an additional strain on those who were already struggling.

Dow, who has supported carbon taxes in the past, said Maine can do its part to “help out with climate change.” He noted that, as a science teacher, he knows there are scientists who believe the Earth is still warming naturally from its last glacial warming period.

“Sometimes I think we need a little more science and less political science to solve our problems,” he said.

As for policing reform, Dow does not think Maine needs to address the same concerns as elsewhere in the country, but he would support any review of educational training.

“That’s where I put my emphasis, on training,” said Dow.

Dow said the state has not been very business-friendly, citing too many regulations that make it expensive for companies to move to or establish themselves in Maine, which prevents more working-age people from coming to or staying in the state.

“We’re the oldest state in the nation because younger families have left because of a lack of opportunities,” said Dow. He envisions Maine becoming more conducive to business, thus drawing people in.

Dow said he is proud to have represented the people of Lincoln County, and looks forward to continuing to do so. The people, he said, are his favorite thing about the district.