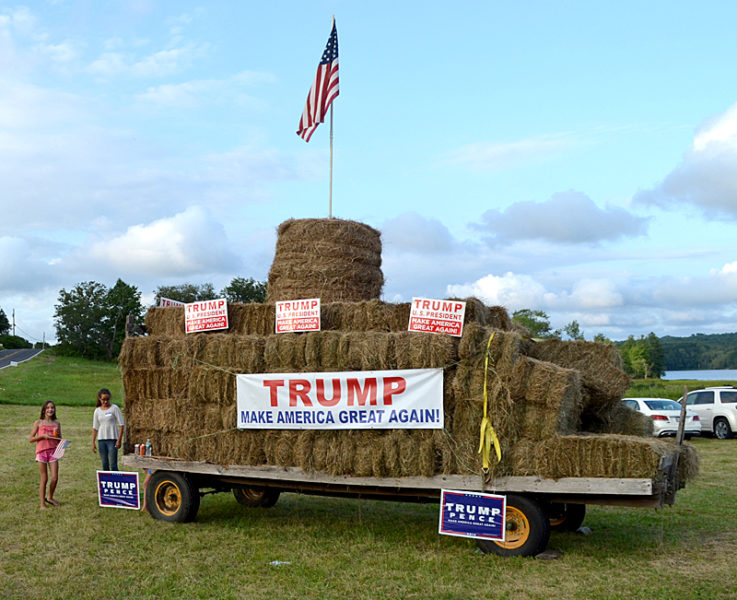 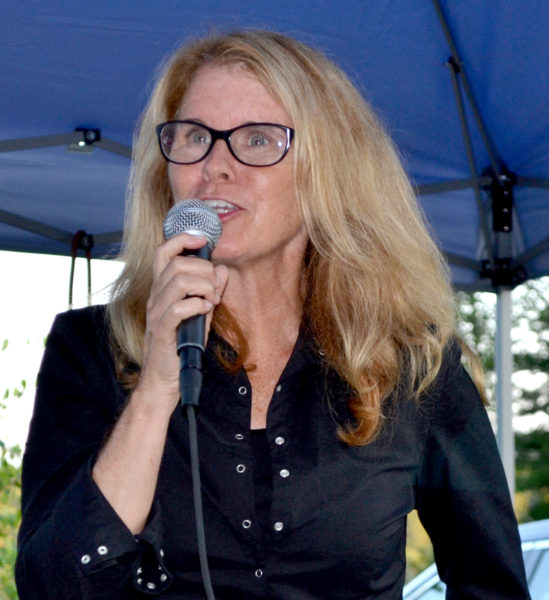 Maine Department of Health and Human Services Commissioner Mary Mayhew was the keynote speaker at the event on committee Vice Chairman Norman Hunt’s property in Newcastle.

Holbrook, who is challenging U.S. Rep. Chellie Pingree in the 1st Congressional District, was one of many candidates who spoke about the importance of the party working together to make sure the entire Republican ticket is elected in November.

“I know I may not have been your first choice in the primary, and I know Donald Trump may not have been your first choice either,” Holbrook said. “But if we want to make this country safe and great again and take the state of Maine forward, close your eyes, hold your nose, do whatever you need to do, but let’s unify around the candidates to get Trump across the finish line and get me across the finish line.”

Lebida, the candidate for Senate District 23, has been going door-to-door not only to speak with Republican voters, but also Democrats and unenrolled voters. 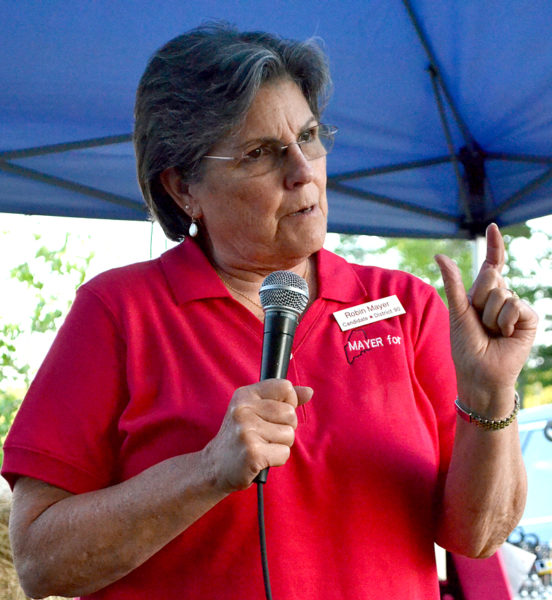 House District 90 candidate Robin Mayer, R-Damariscotta, talks about the importance of representing all residents of a district during the Lincoln County Republican Committee pig roast in Newcastle on Saturday, Aug. 20. (Maia Zewert photo)

Mayer, who chairs the Damariscotta Board of Selectmen, hopes to unseat Rep. Mick Devin, who is in his second term in the House.

Mayer said her experience on the board of selectmen has given her an idea of what concerns the people in District 90 might have.

Hanley is facing Wendy Ross, of Wiscasset, for House District 87, which includes the Lincoln County towns of Alna and Wiscasset, as well as Pittston and Randolph.

Hanley has been going door-to-door in his district and found many of the residents he talks to are concerned about the same topics.

“The topics at work are common-sense topics: welfare reform, school choice, and taxes,” Hanley said. “I think I’m at 500 doors now and moving, and I won’t stop until I win and take this back again.”

“We don’t go out and say anything to get elected. We go out and tell the truth,” Dow said. “If we do that, we will be successful.”

Simmons, the Republican candidate for House District 91, which includes Waldoboro, spoke about his desire to defend working fishermen. 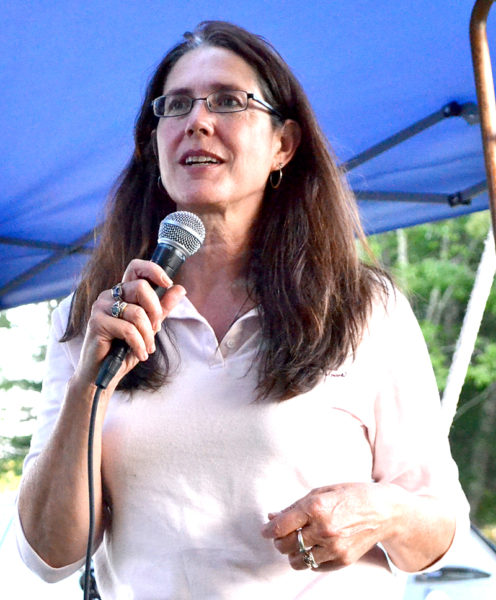 State Rep. Deb Sanderson speaks about the GOP’s accomplishments in the Legislature in the past six years. (Maia Zewert photo)

Sanderson is running for her fourth term in House District 88, which would be her last due to term limits. She spoke about how much the party has accomplished in the past six years, including policy changes within DHHS and lowering the state’s unemployment rate.

As a small-business owner, Bradstreet said he would like to help LePage create jobs in the state.

During the campaign season, Bradstreet said a lot of residents have brought up the state’s growing opioid problem.

“It’s something I think we, as a party, need to discuss at some point in time to decide what our stance is going to be on it and go from there,” Bradstreet said

Pierce, the incumbent for House District 53, agreed with Bradstreet.

Pierce stressed the importance of Republican candidates working together to make sure the whole ticket is elected so the party can address the problems the state is facing.

During her keynote speech at the end of the evening, Mayhew spoke about her department’s efforts to reduce the Medicaid rolls, achieve financial stability, and get Maine people back to work. 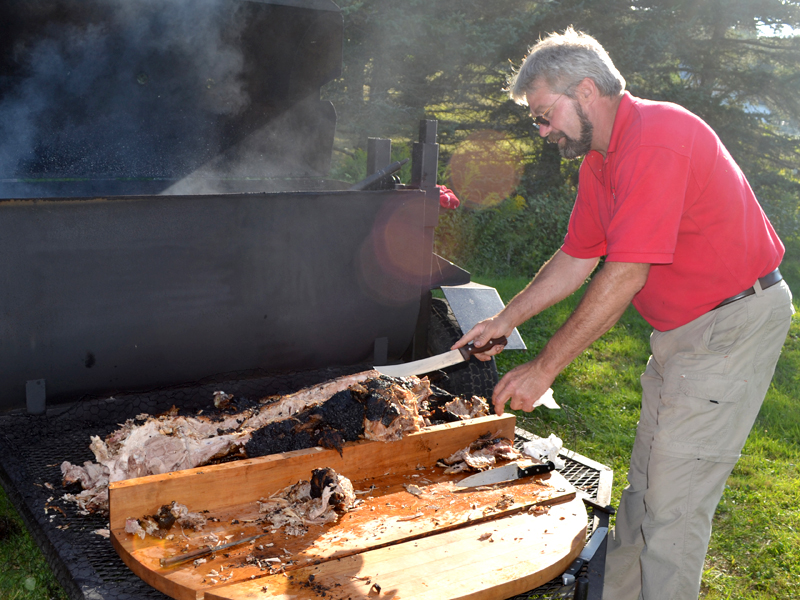