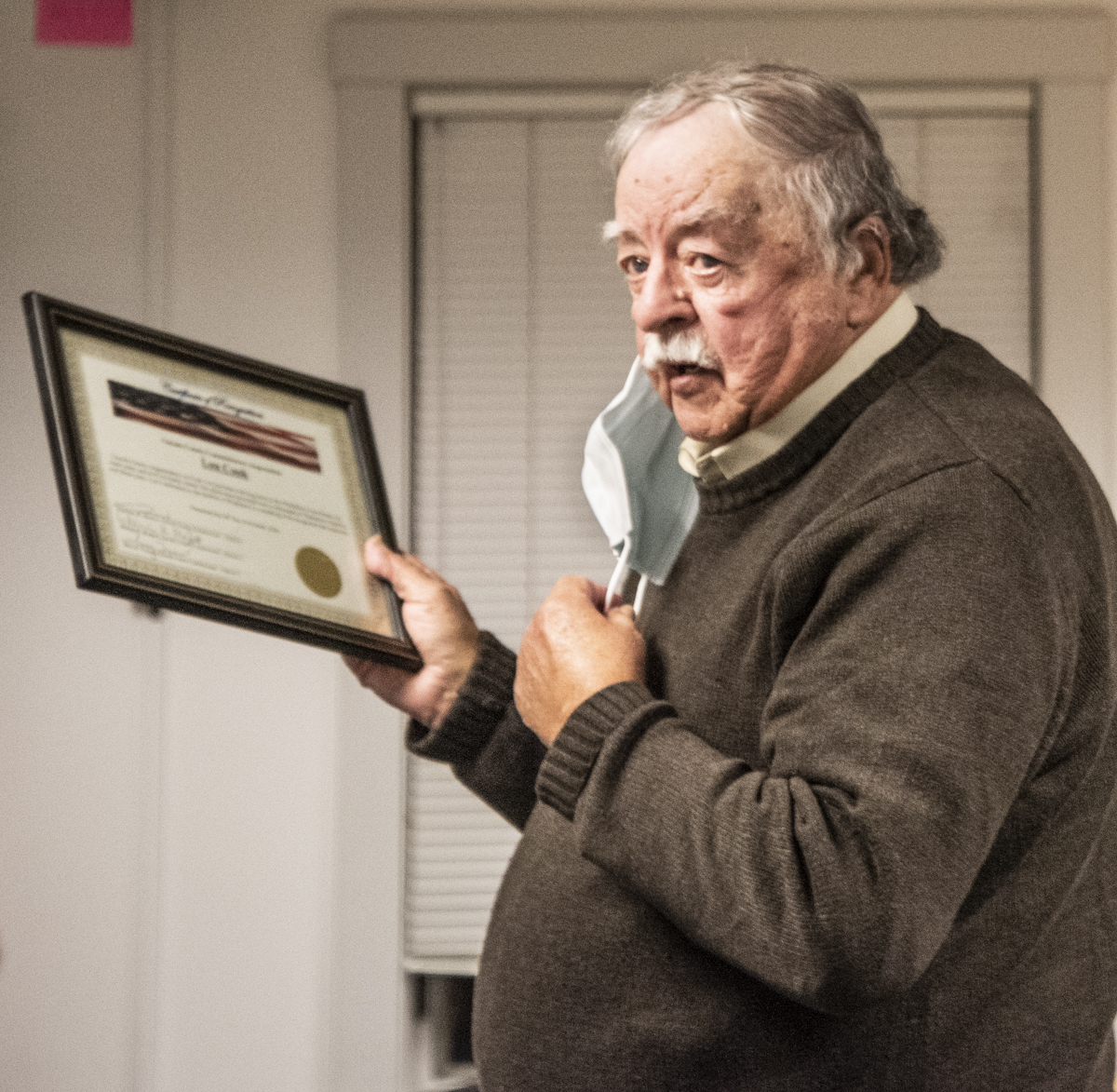 Lou Cook, the recently retired manager of the Waldoboro Food Pantry, received the town’s Spirit of America tribute during a selectmen’s meeting Nov. 10.

The Spirit of America Foundation is a Maine institution that has honored volunteerism since 1990. The foundation recognizes individual volunteers in over 100 municipalities each year for providing “commendable community service.”

“What a treasure you are to the town and all the people you’ve served,” Town Manager Julie Keizer said as one of Cook’s former students, board Chair Abden Simmons, presented the award.

Cook first connected with the food pantry through the local chapter of the Lions Club, an international volunteer organization. After retiring from teaching 23 years ago, Cook said, he didn’t have much to do. He saw a need at the food pantry, so he stepped in to help.

Cook, reached by phone, said the job is more challenging now than it was — the numbers are quite a lot higher. And the physical distancing necessitated by the pandemic made it more difficult to manage the pantry in its old location on Jefferson Street. But he said the new location on Friendship Street is a wonderful space where volunteers continue to provide food for 85-100 families every Tuesday. The pantry moved into the new location in June.

Cook first heard about his nomination for the award from Keizer. He was excited to receive it, although he said he had received it before many years ago.

While he will miss working with pantry volunteers and with the Good Shepherd Food Bank, Cook made a point of mentioning how much he’ll also miss his daily interactions with the people of Waldoboro. Although he resides in Union, he’s been a fixture in Waldoboro long enough that the selectmen called him an honorary resident and “a very easy choice” for this year’s award.

Cook said he feels indebted to the volunteers at the food pantry. He mentioned Gloria Bowers and her late husband, Ronald, who volunteered alongside him for 20 years and “bent over backward to help, not just me, but everyone.” And Jim Nichols, “who unloaded every truck that came in from Good Shepherd for 12-15 years.” And Mary Littell, “who in 10 years of service never missed a day.” 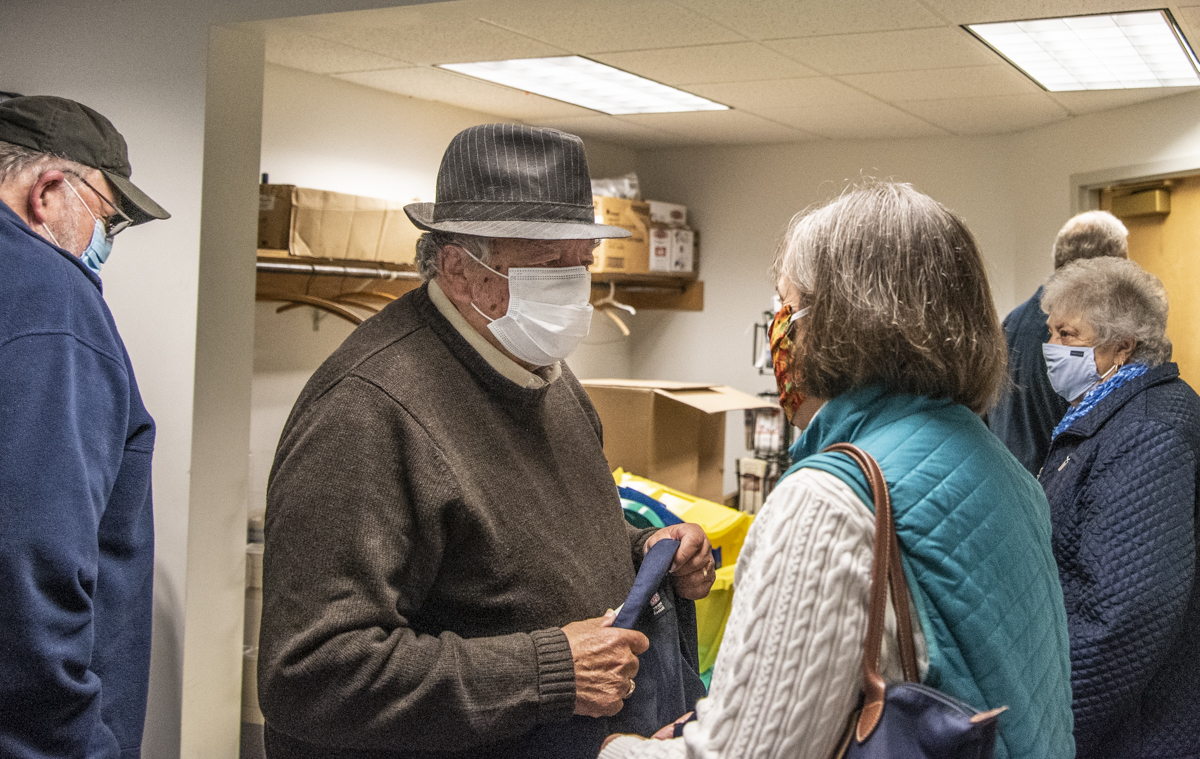 Well-wishers surround Lou Cook after the presentation of his Spirit of America tribute from the town of Waldoboro on Nov. 10. (Bisi Cameron Yee photo)

“I believe that the reason people volunteer for so long is because they know that they have helped,” Cook said. “The people who they serve often come up to them and thank them. And the people in the community who may not need their help thank them as well.

“I taught school for 37 years and I get the same sort of acknowledgment for volunteering that I got from teaching, and it makes me feel the same way when people say, ‘Gee Lou, we really appreciate what you’ve been doing.’”

As Cook, now 83, put on his coat and hat and prepared to leave the selectmen to other business and the food pantry in the hands of its new manager, a small crowd formed around him to congratulate him and thank him for his years of dedication to the community of Waldoboro.

(Correction: An earlier version of this article online and on the front page of the Nov. 19 print edition incorrectly reported that Lou Cook lives in Warren. He lives in Union. The Lincoln County News regrets the error.)