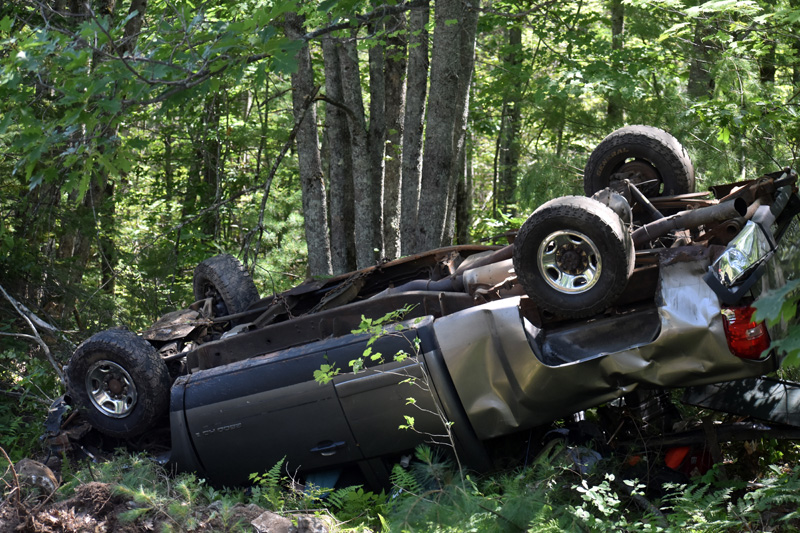 A Chevrolet pickup rests upside down off Route 17 in Somerville on Monday, July 20. The driver was taken to MaineGeneral Medical Center in Augusta, according to a sheriff’s deputy. (Alexander Violo photo)

A pickup rollover on Route 17 in Somerville sent the driver to the hospital Monday, July 20.

Kyle Farley, 28, of Union, was taken to MaineGeneral Medical Center in Augusta, according to Lincoln County Sheriff’s Deputy Sean Pfahler. Pfahler was unsure of the extent of Farley’s injuries, but said he was conscious after the crash. 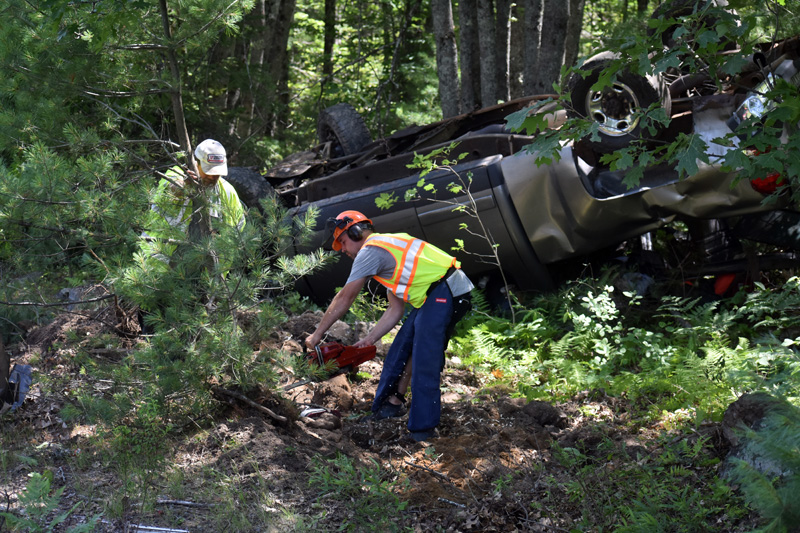 A tree is cut to clear the way for the removal of a pickup after a rollover on Route 17 in Somerville, Monday, July 20. (Alexander Violo photo)

Farley was driving a Chevrolet pickup east on Route 17 when it left the eastbound side of the road, hit an elevated area of ground, went airborne, and flipped over, according to Pfahler. The truck came to rest upside down, in the brush off the side of the highway.

Farley said he fell asleep, according to Pfahler. “Nothing we have found contradicts that,” Pfahler said. 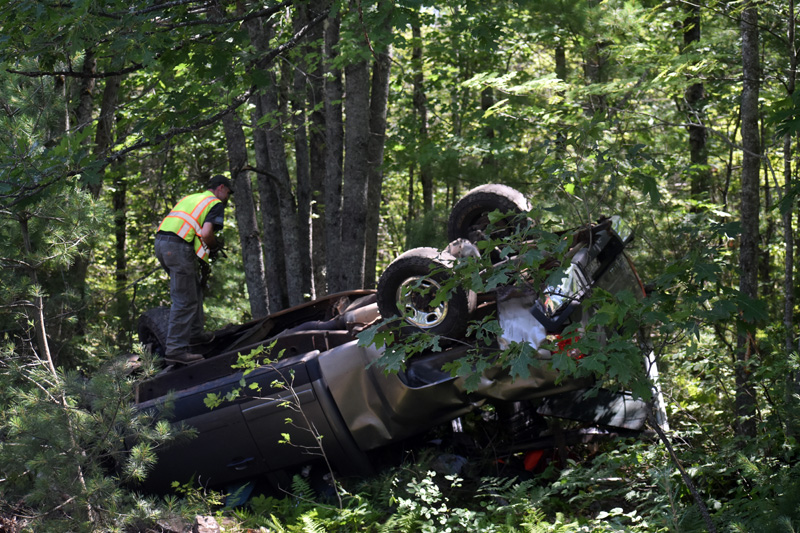 An overturned pickup is secured prior to its removal from an area off Route 17 in Somerville, Monday, July 20. (Alexander Violo photo)

Pfahler said Farley was alone in the vehicle.

Route 17 was limited to one lane of traffic during most of the response, with both lanes shut down for a time to allow the ambulance to leave the scene and facilitate the pickup’s removal from the brush by a tow truck. 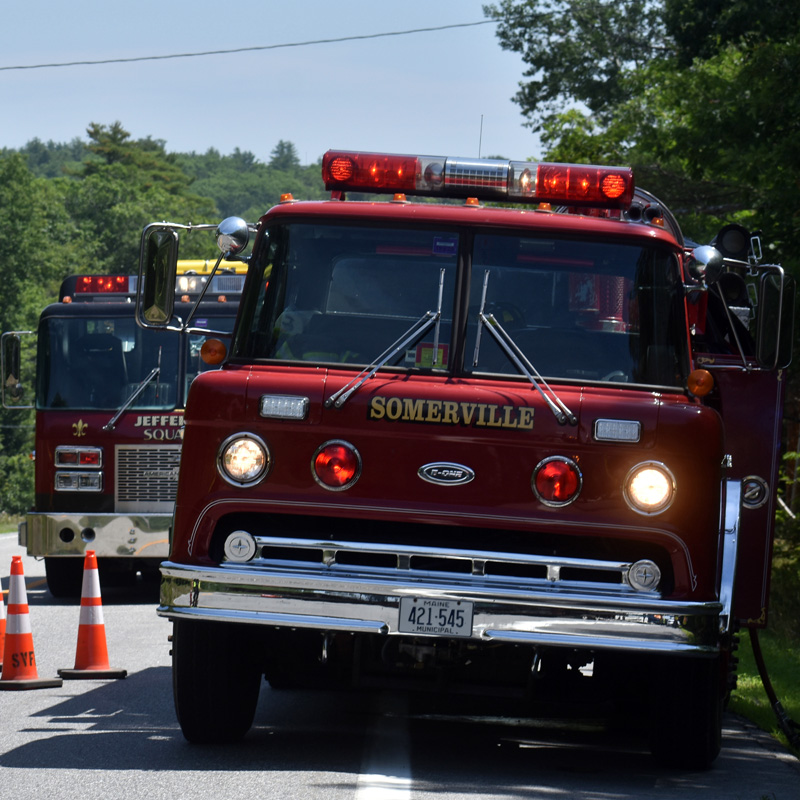 Fire trucks from Somerville and Jefferson at the scene of a rollover on Route 17 in Somerville, near the town line with Jefferson. (Alexander Violo photo)