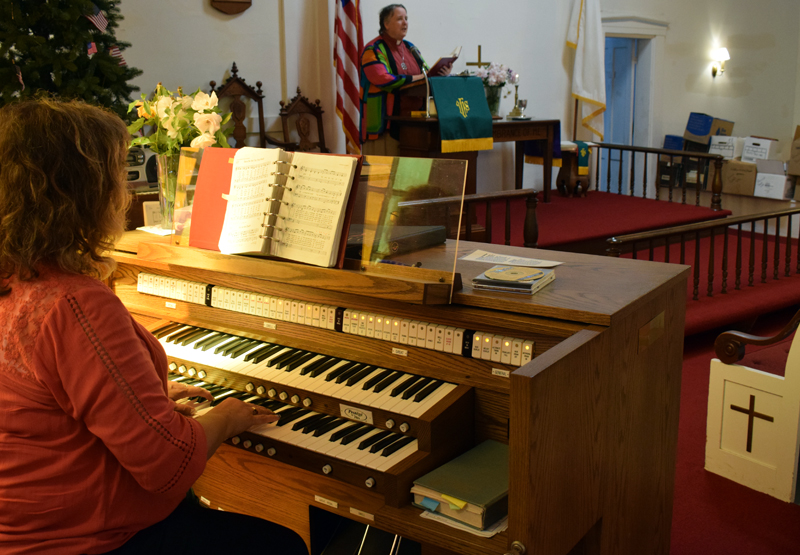 Organist Tricia Demers plays a hymn as Pastor Kelly Harvell leads the congregation in song during the final service of the Round Pond United Methodist Church on Sunday, June 27. About 43 people ended to celebrate and reflect on the church’s 168-year history. (Evan Houk photo)

Approximately 43 people packed the Round Pond United Methodist Church, known locally as the “White Church,” and reflected on its 168-year history during its final service on Sunday, June 27.

Congregants, Pastor Kelly Harvell, and the Rev. Bobby Ives and the Rev. Ernie Farrar, both of whom previously preached at the church, shared memories of the good times as well as some of the more challenging times in the church’s history.

Harvell read a message from former organist Brenda Meneely, who reflected on how she unexpectedly fell into the position playing music at Round Pond United Methodist Church and stayed there for 14 years. 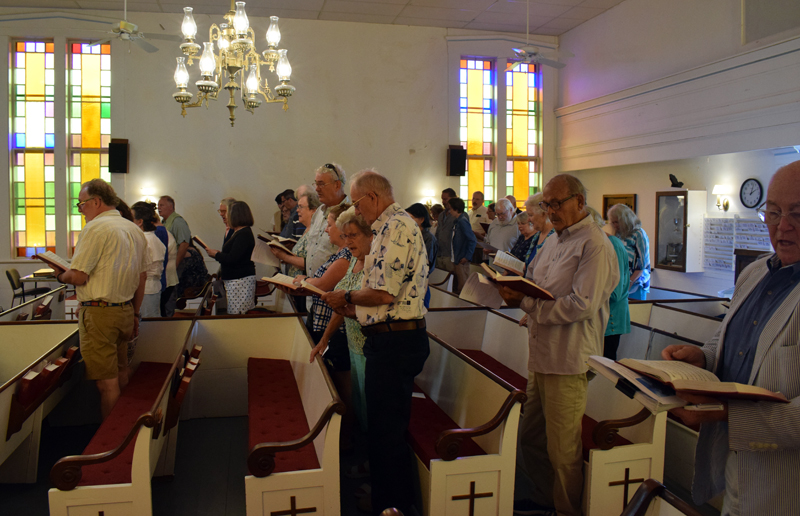 “My first Sunday, as I played the old Hammond, I kept repeating, ‘God, I know you have your reasons, but this is the worst organ I have played, and what’s with no water and a composting toilet?’” Meneely wrote in the letter. The congregation laughed during Harvell’s reading.

Despite the adversity, Meneely wrote that after her first Sunday at the church, she “felt the sense of awe, peace, love, and caring that I had been searching for in every church I had played in since I was 12 years old.”

Ives reminisced about his time living on Louds Island and then moving to Round Pond to preach at the Round Pond and New Harbor United Methodist churches and how he received the “Macedonian call” from a former pastor of the church, Dr. John Wesley McKelvey. 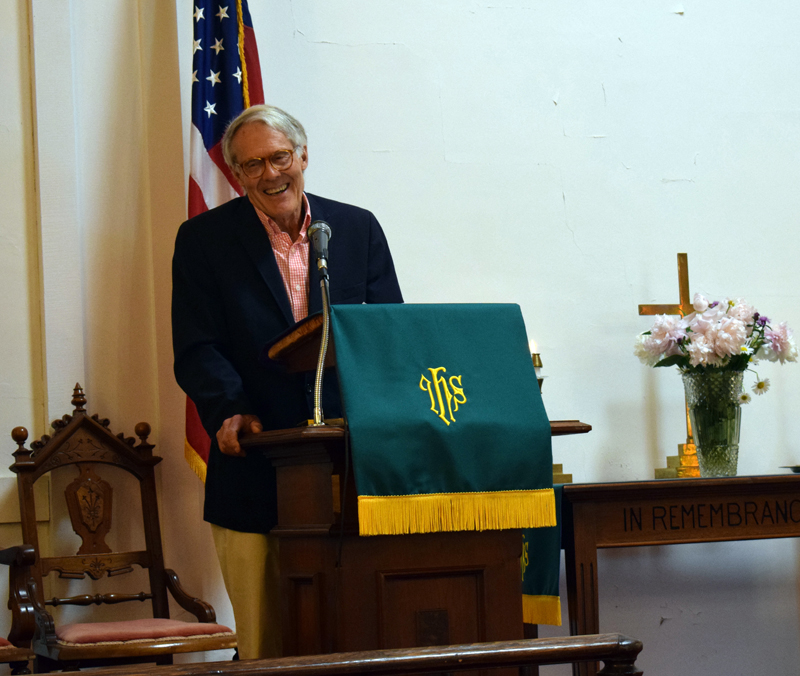 The Rev. Bobby Ives reminisces about his time as pastor of the Round Pond United Methodist Church during its final service on Sunday, June 27. Approximately 43 people attended the final service in the 168-year-old building known as the White Church. (Evan Houk photo)

“In scripture, Paul was called across from Asia to Macedonia to preach the Word and (McKelvey) said ‘I’m giving you the Macedonian call. I want you to come across from Louds Island to Round Pond and I want you to be the minister that succeeds me,” Ives said.

Although he wasn’t even a Methodist, after McKelvey died, he was chosen as the successor.

“My time here in Round Pond, I will never forget. It was so memorable, so wonderful, and so meaningful in many, many ways,” he said. “So, special blessings on all those who have come through this church, blessings on each and every one of you, and blessings on this church as it now goes through a new incarnation.” 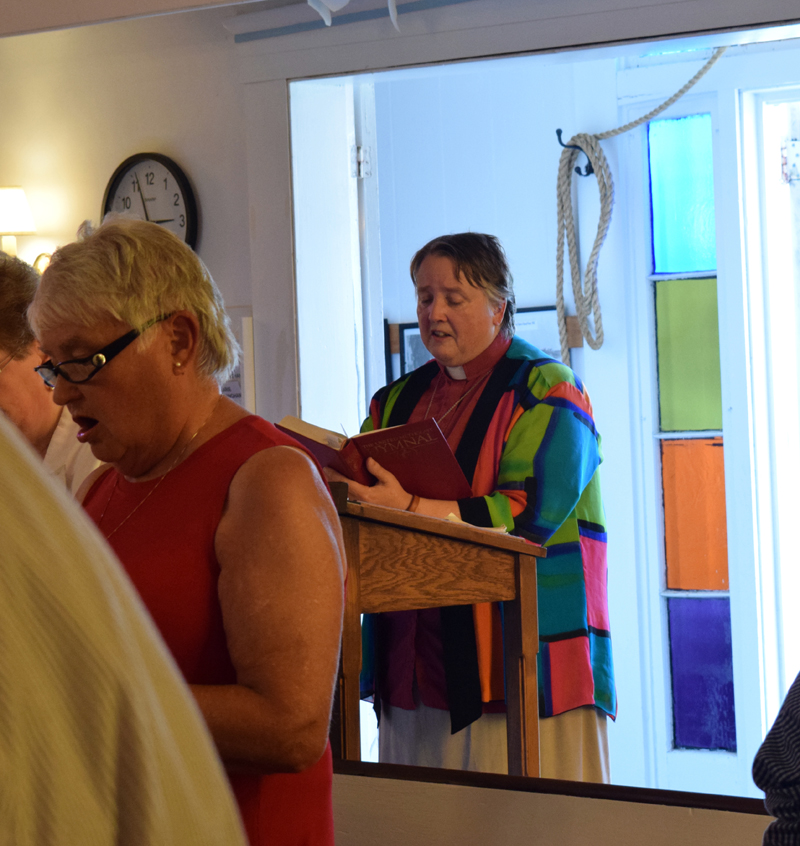 Pastor Kelly Harvell sings the final recessional hymn at the final service of the Round Pond United Methodist Church on Sunday, June 27. Approximately 43 people gathered to celebrate the life of the church and reflect on its 168-year history. (Evan Houk photo)

“There’s just such a spirit of caring here that I’m certain is going to keep on going,” Harvell said. “There’s a spirit in this place that will continue to live on.”

Harvell then read the declaration of deconsecration for the historic church building.

“It was God’s gift for a season. We are thankful for the many ways it has served the mission given to it by Jesus Christ. It has accomplished its purpose,” Harvell read.

Harvell and others were misty as organist Tricia Demers played the emotional final recessional hymn, “O God, Our Help in Ages Past.”

Harvell said the building has not yet found a buyer and will be transferred to the New England Conference of the United Methodist Church at the end of the month.

Church members will automatically have their memberships conferred to the New Harbor United Methodist Church.