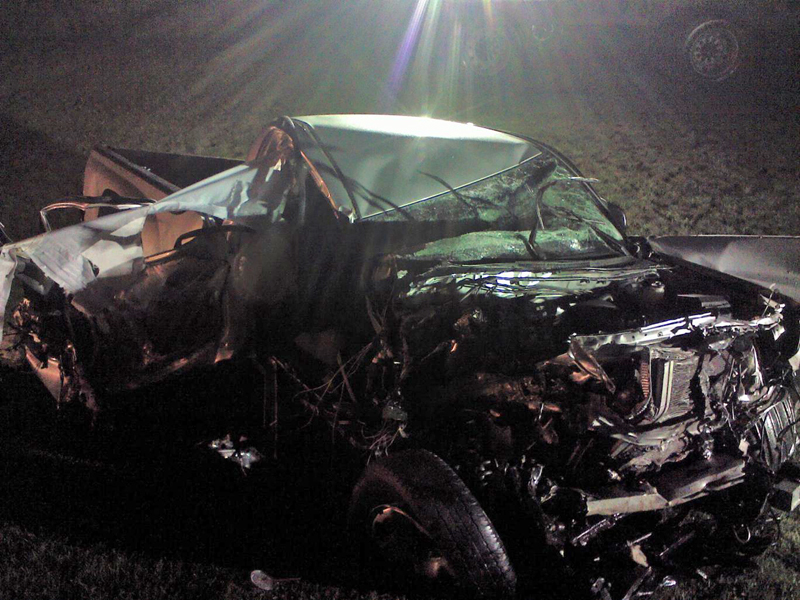 A 2011 Toyota Tacoma was going the wrong way on Route 1 in Damariscotta early Saturday, July 1 when it struck a tractor-trailer head-on.

A Maine Marine Patrol officer was allegedly under the influence when he drove a pickup truck the wrong way on Route 1 in Damariscotta and struck a semitrailer head-on, according to the Lincoln County Sheriff’s Office. A female passenger in the pickup sustained serious but non-life-threatening injuries, and a passenger in the semitrailer was taken to the hospital for evaluation.

The collision occurred just north of N.C. Hunt Lumber in the area of Midcoast Road. A median divides Route 1 in the area.

Bezio had been driving the wrong way for about a quarter-mile when he encountered the tractor-trailer, according to the press release. Garcia attempted to avoid the pickup, but could not. 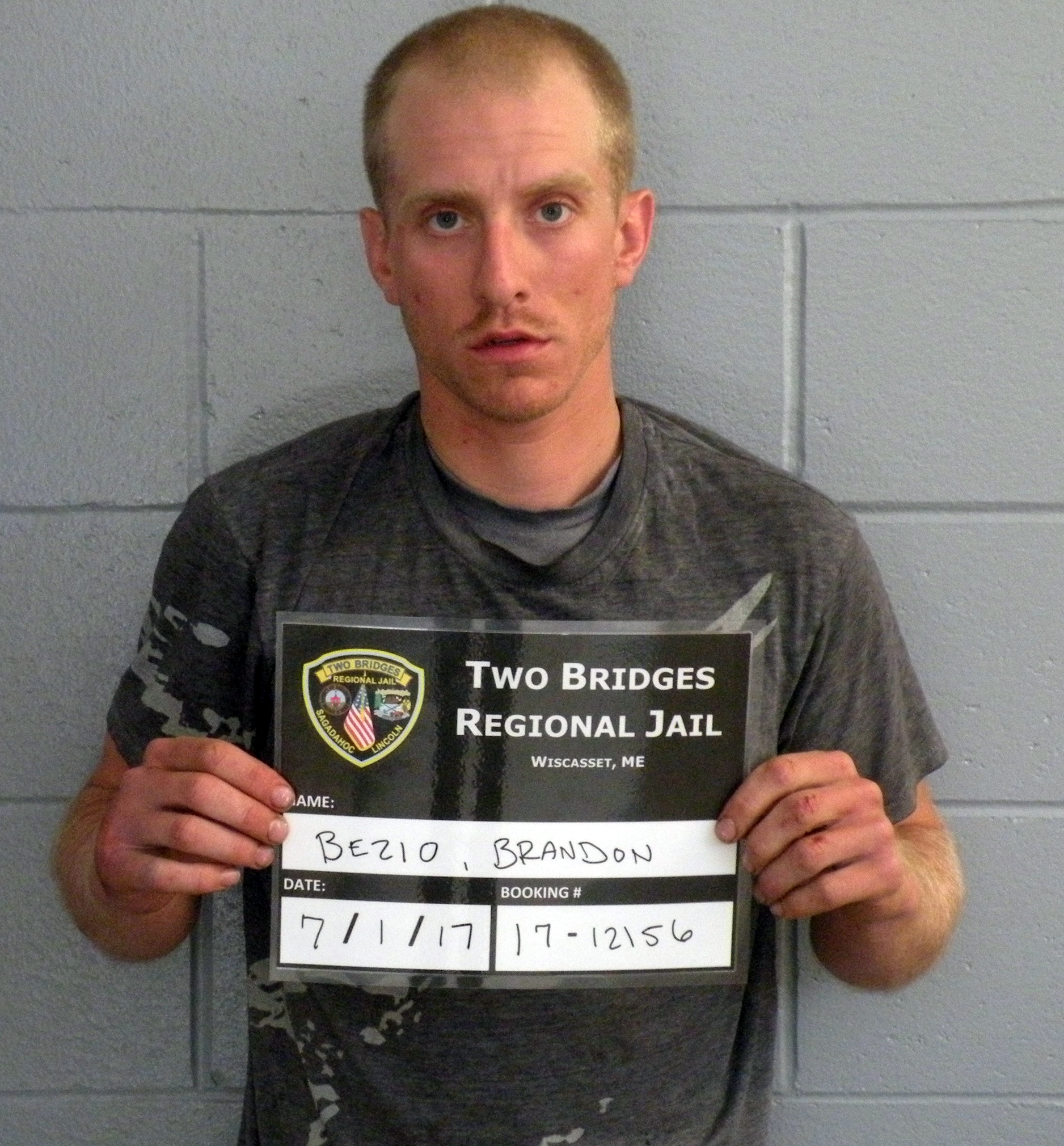 The female passenger in the Bezio vehicle was ejected and sustained serious injuries to her lower extremities. She is not believed to have been wearing a seat belt, according to the press release. The Central Lincoln County Ambulance Service transported her to LincolnHealth’s Miles Campus in Damariscotta. She was later transported to Maine Medical Center in Portland.

A male passenger in the sleeper compartment of the tractor-trailer was taken to Miles for evaluation of back pain.

The sheriff’s office did not identify the passengers.

Bezio and Garcia were wearing their seat belts and were not hurt.

After a preliminary investigation, Bezio was arrested and charged with class D operating under the influence, a misdemeanor, according to the press release. He will make his initial appearance at the Lincoln County Courthouse on Aug. 31.

Kane confirmed that Bezio is a Marine Patrol officer. His patrol area ranges from St. George to Warren in Knox County, according to the Marine Patrol website.

Bezio declined comment on the incident. The chief and deputy chief of the Marine Patrol did not respond to voicemails. A spokesman for the Maine Department of Marine Resources told the Bangor Daily News that the Marine Patrol would conduct an internal investigation. The Marine Patrol is the law enforcement arm of DMR.

The Maine Lobstermen’s Association named Bezio the 2017 Marine Patrol Officer of the Year in March, according to The Free Press.

After the collision, the semitrailer came to a rest off the northbound side of the highway, partially blocking a lane of traffic. The pickup went off the southbound side of Route 1.

Route 1 was closed in both directions while emergency crews removed debris from the scene.

Maine Paper and Food, of Conklin, N.Y., owns the tractor-trailer. 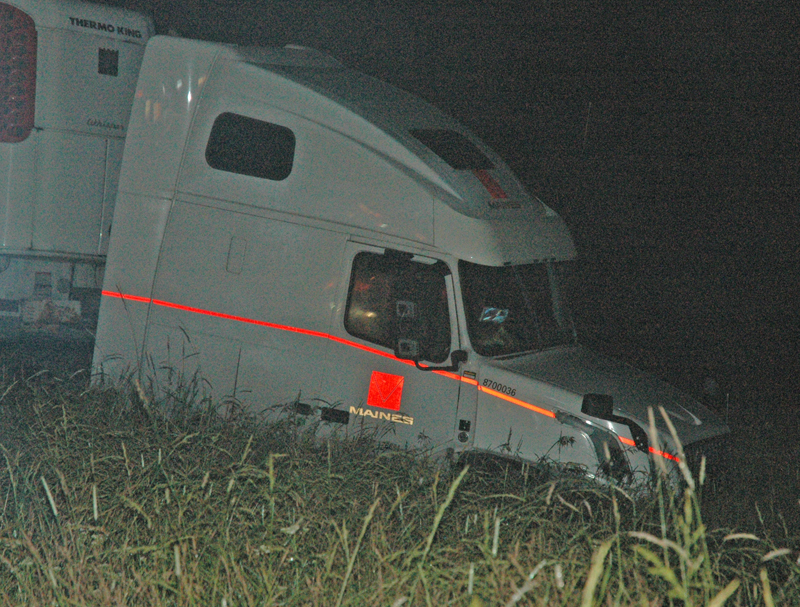 A semitrailer came to a rest on the northbound side of Route 1 in Damariscotta after a collision with a pickup truck early Saturday, July 1. (Alexander Violo photo)

After law enforcement completes its investigation, it will forward the case to the Lincoln County District Attorney’s Office for review.