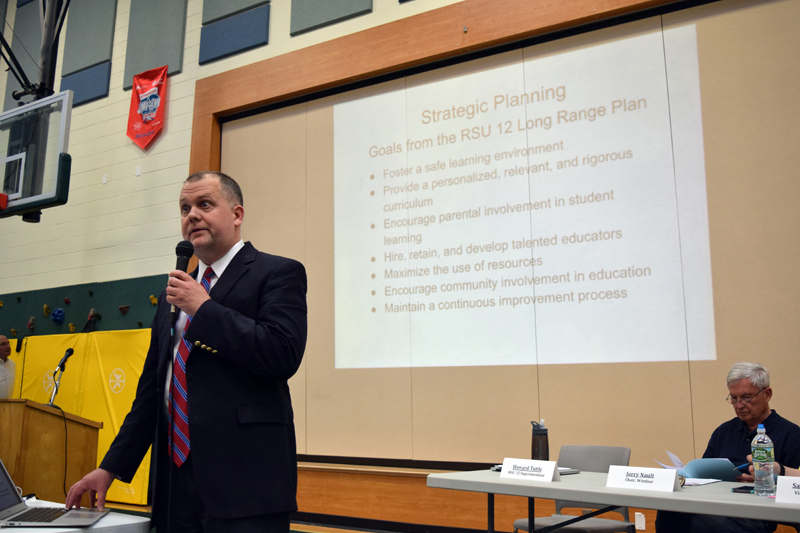 Sheepscot Valley Regional School Unit voters approved all 18 articles up for consideration during the budget-adoption meeting Thursday, May 17 in the Chelsea Elementary School gymnasium.

Early on, RSU 12 board member Keith Marple, of Whitefield, said he would abstain from voting on articles throughout the evening.

“We’ve already had our vote,” Marple said, referring to himself and his fellow board members, who passed the budget April 12. He urged others on the board to join him in abstaining. Only one board member, Richard Cote, of Chelsea, followed suit, not long after Marple’s suggestion.

Other factors include the need to hire a school nurse, a school social worker, an instructional coach, and a nutritionist for the district. 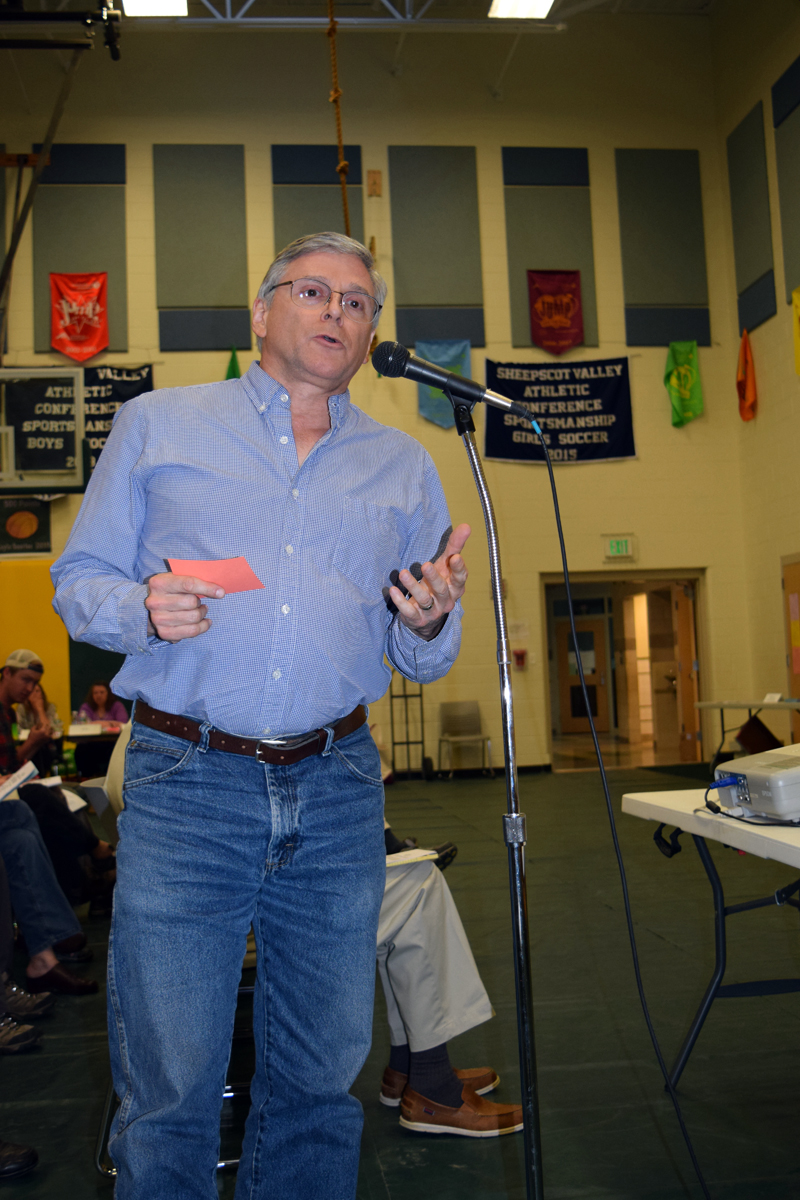 RSU 12 Board of Directors member Christopher Johnson, of Somerville, speaks on the importance of funding the HiSET program. (Jessica Clifford photo)

A $56,931.27 or 4.68 percent increase in transportation costs, said Tuttle, is due in part to the need for school bus replacement. “We try to replace two buses a year and take two off the road,” he said, as a bus only lasts about 10 years.

Additionally, video cameras must be installed on all buses as a safety measure, at a cost of $12,500, Tuttle said.

Article 16, authorizing the district’s adult education program and raising the local share for it, generated a fair amount of public discussion before finally passing. Part of the discussion revolved around determining the meaning of the wording of the article – whether the $50,000 mentioned as the local share was in addition to or part of the total appropriated amount of $83,929.98. Board Chair Jerry Nault stepped in to clarify that the $50,000 is included in the total amount.

Some of the funding under Article 16 goes to the HiSET program, formerly known as the GED program. Students who did not graduate high school can take the HiSET exam to earn a similar credential.

Whitefield Selectman Lester Sheaffer stepped to the microphone to speak against funding for the program. “These kids have made a choice,” he said of HiSET students. “I don’t believe we, as taxpayers, should pay.”

Following Sheaffer’s comments, board member Christopher Johnson, of Somerville, spoke in defense of funding the HiSET program, as well as career and technical training and college transition assistance, all part of the RSU 12 Adult Education program.

Johnson referred to such assistance as “something that’s expected of school systems in Maine,” emphasizing that it helps people get jobs and pay their property taxes. 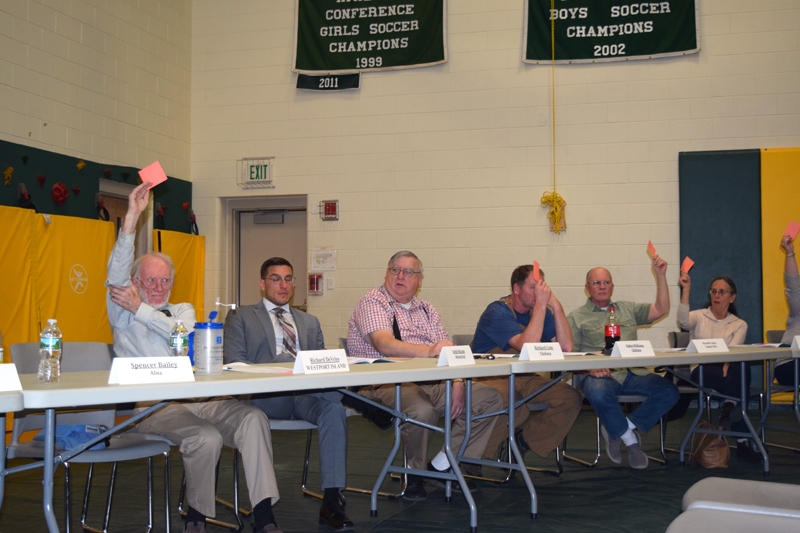 RSU 12 Board of Directors members Keith Marple (second from left) and Richard Cote (third from left) abstain from a vote during the budget-adoption meeting at Chelsea Elementary School on Thursday, May 17. (Jessica Clifford photo)

Tuttle was pleased with the outcome of the meeting.

“The RSU 12 Board of Directors proposed a budget that maintains quality educational experiences and maximizes programming while remaining fiscally conservative. It was heartening to have such strong support among the voters for education and our students at the district budget meeting,” he said after the meeting.