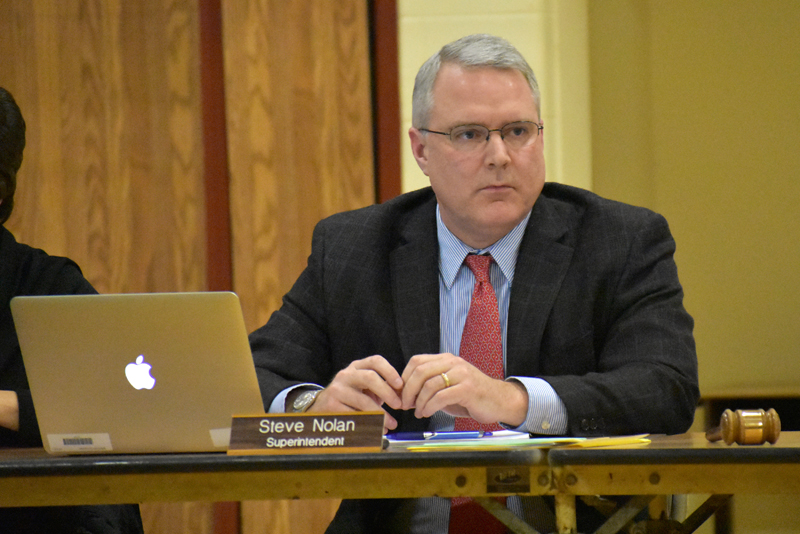 RSU 40 Superintendent Steve Nolan delivers his report to the RSU 40 Board of Directors at Miller School in Waldoboro on Thursday, Jan. 19. (Alexander Violo photo)

The RSU 40 Board of Directors has named Medomak Valley High School Assistant Principal Linda Pease acting principal for the remainder of the 2017-2018 school year.

The board made the appointment during a meeting at Miller School in Waldoboro on Thursday, Jan. 18. 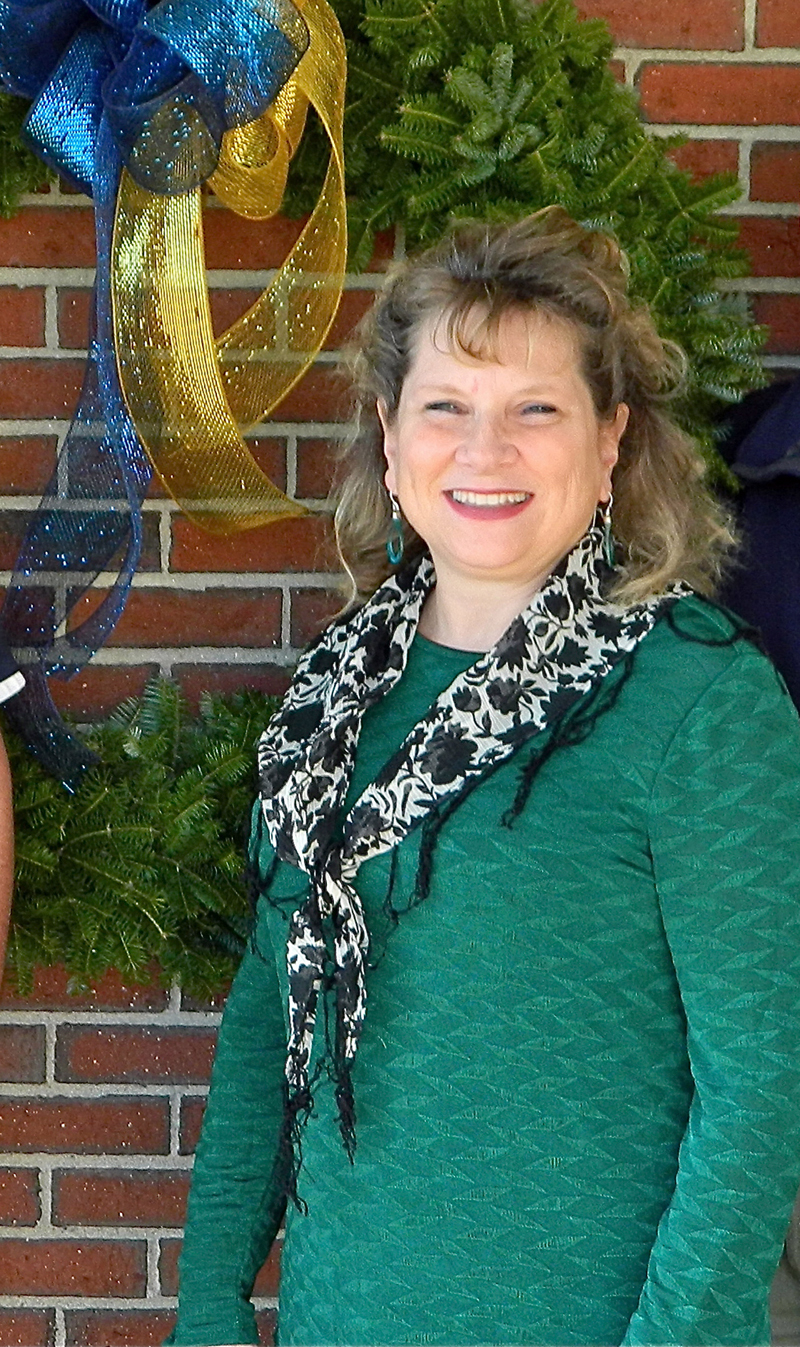 Pease’s appointment was met with a round of applause from administrators in attendance at the meeting.

Pease will fill the vacancy left after the resignation of former Principal Andrew Cavanaugh in December 2017, prior to a dismissal hearing at the school district’s central office in Union.

Cavanaugh took over as the high school’s principal in 2015. He had worked as a teacher and assistant principal at the school before succeeding the late Harold Wilson, principal from 2006-2015.

Pease has been an assistant principal at MVHS for the past 2 1/2 years, and has been with the school district since 1985.

Pease said her first job in the district was at Prescott Memorial School in Washington. She began working at MVHS in 2005, when she was the teacher and leader for the school’s freshman academy.

In addition to working throughout the district, Pease said she also spent a few years at the Mid-Coast School of Technology in Rockland.

In an email, Pease praised the school’s administrative staff and said she wants to continue working with Assistant Principal Tamra Philbrook, Athletic Director Matt Lash, and Assistant Director of Special Services Steve Ocean in the months ahead.

Her goals, she said, are to “Focus on smooth day-to-day operation of the school, build capacity to help all students reach academic goals, support the staff in curriculum design and professional development efforts, and celebrate the many, many achievements of students and staff that happen every day at our school.”

The late Ronald Dolloff, Pease’s father, worked as Medomak Valley High School’s principal from 1970 until his retirement in 1994.