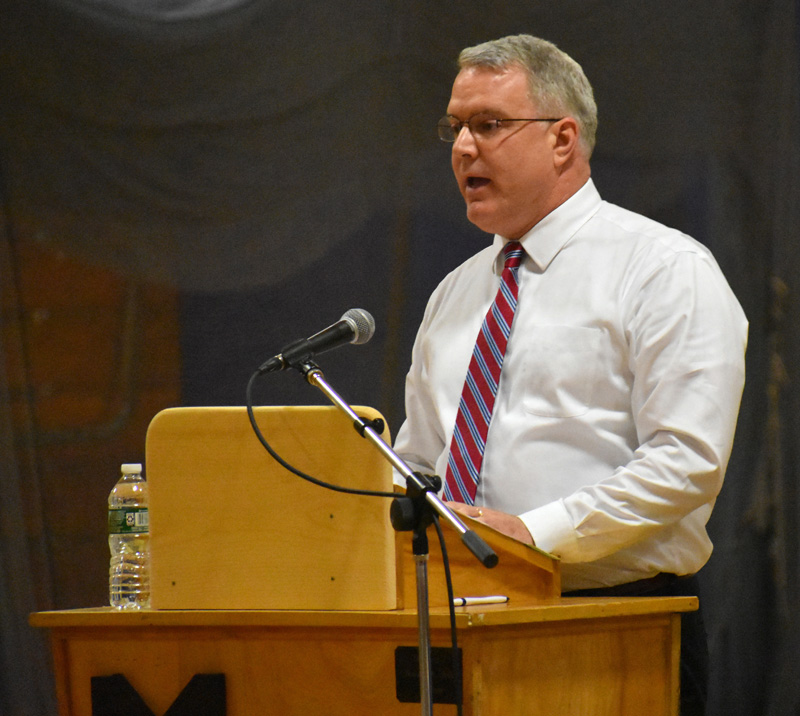 The five towns of RSU 40 will pay more toward education – up to 12.8 percent more – under the budget approved by district voters at Medomak Valley High School in Waldoboro on Tuesday, May 15.

The budget will now go to a budget validation referendum June 12.

The voters approved all 20 articles during the open meeting. A few articles generated discussion and voters proposed three amendments to articles, but none passed.

A May 4 letter from RSU 40 Superintendent Steve Nolan to district residents explained the budget’s estimated impact on property taxes in each town, not including other factors, such as municipal budgets.

The first article to draw discussion at the meeting was the article pertaining to special education.

James Letteney, of Waldoboro, moved to amend the article by reducing the total by $483,442. The amendment failed and voters passed the original figure.

Article 3, to raise $77,052 for career and technical education, drew a question from Union Selectman John Shepard regarding the reason for the decrease in the category of $846,043 or 91.65 percent.

Nolan said that in the past, the district raised additional revenue to fund Region 8, which governs career and technical education for RSU 40 and several other districts, but now the revenues flow directly to Region 8, with the portion in article 3 representing the additional local contribution.

Near the conclusion of the meeting, voters approved Article 19, covering the regional career and technical education operations budget, as approved by the Region 8 Cooperative Board, at a total of $5,313,684. The article passed 105-4. 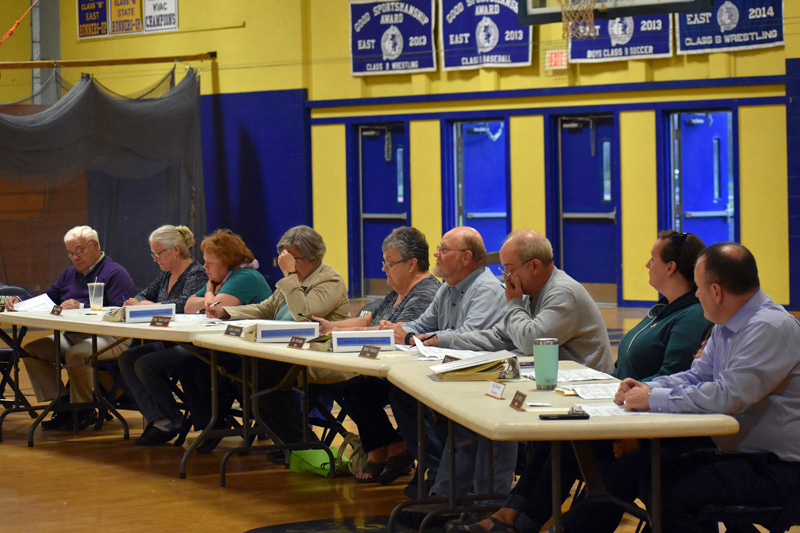 The RSU 40 Board of Directors awaits the opening of the budget-adoption meeting at Medomak Valley High School in Waldoboro on Tuesday, May 15. (Alexander Violo photo)

Responding to a question from the public regarding the differences between articles 3 and 19, Nolan said the sum of the combined articles is the total amount the district will send to Region 8.

The amendment failed and voters passed the original total recommended by the RSU 40 Board of Directors.

Before the vote on the amendment, Shepard asked for the reasoning behind Letteney’s figure.

“Essentially, it seems like we are getting hit every year with more staff and requirements, and it appears there may be some opportunities to reduce,” Letteney said.

Nolan said the principals of Friendship Village School, Prescott Memorial School in Washington, and Union Elementary School are responsible for some teaching as part of their employment, and the costs associated with this instruction have been moved to the regular instruction portion of the budget.

Nolan said the increase had to do with the construction of a new facility for the Mid-Coast School of Technology in Rockland, approved by voters in 2016.

“This budget is the first year we account for our share of the debt service,” Nolan said.

The last article to see an attempted amendment was Article 14, regarding additional local funds, recommended by the school board at $4,251,860.34.

Union Selectman Greg Grotton moved to reduce the article by $295,527.93. The motion failed, 73-40, in a show of hands close enough to necessitate a count of votes for and against the amendment.

The initial proposal passed, 88-32, in a subsequent written vote.

“This reduction represents 50 percent of the additional state subsidy that was meant to be returned to the towns. … to burn your bridges is the wrong thing to do. They should have given this money back to the towns and this is the only way we can do that,” Feyler said.

The roughly 110 people at the meeting included 43 residents of Waldoboro, 35 from Union, 23 from Warren, 14 from Washington, and seven from Friendship.