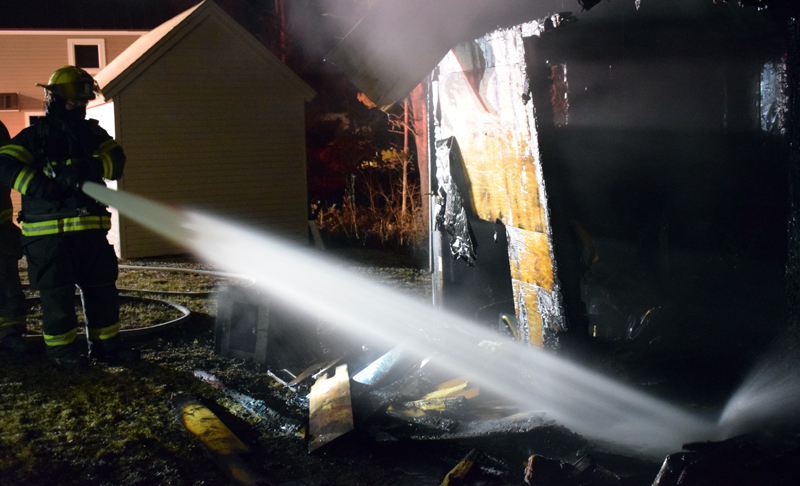 Firefighters soak the remains of a sauna behind a house at 153 West Old County Road in Newcastle the evening of Thursday, Jan. 21. The Newcastle Fire Department was able to extinguish the blaze within minutes of arriving and keep it from spreading to an adjacent shed or the house. (Evan Houk photo)

Fire gutted a wooden sauna behind a home at 153 West Old County Road in Newcastle the evening of Thursday, Jan. 21.

The Newcastle Fire Department extinguished the fire within a few minutes, according to Deputy Fire Chief Casey Stevens. 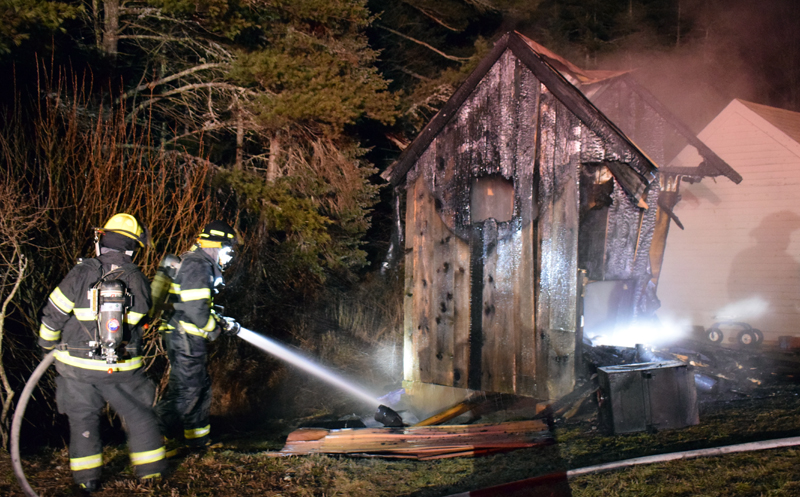 Firefighters mop up after a fire in a sauna behind a home at 153 West Old County Road in Newcastle on Thursday, Jan. 21. A quick response minimized heat damage to the house and a shed. (Evan Houk photo)

Firefighters also continued to soak the remnants of the sauna, using a heat monitor to identify hot spots and ensure the fire would not reignite.

Richard Sweeney, who lives at the house with Karen Okie, said he does not know how the fire started and there was no electricity in the sauna.

“It’s probably pretty dry,” Sweeney said of the wood of the structure, noting that he has had it for at least 10 years and enjoyed using it. 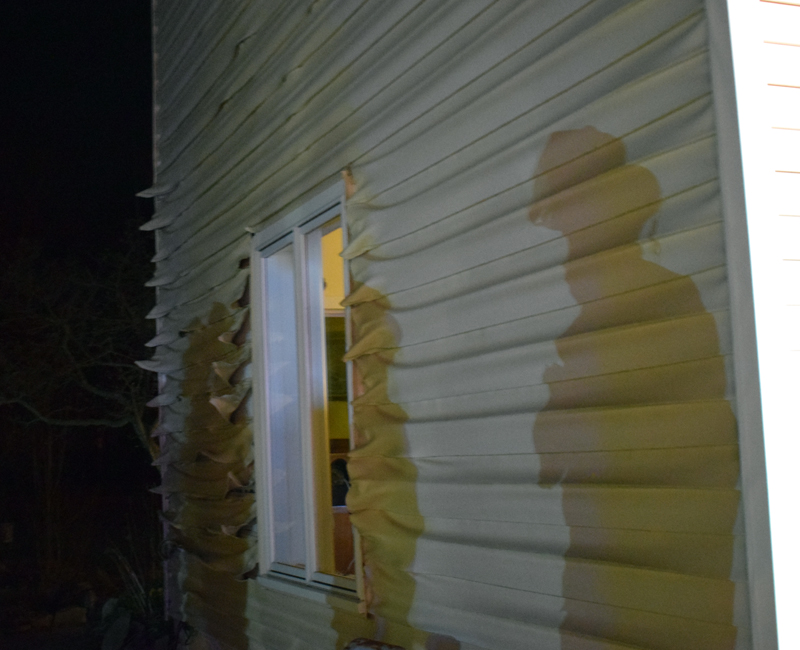 Heat damage to siding on a house at 153 West Old County Road from a fire in an outbuilding the evening of Thursday, Jan. 21. Firefighters prevented the flames from spreading to the hose. (Evan Houk photo)

Sweeney said he and Okie were inside the house watching TV when suddenly they saw flames shooting out the door of the sauna.

The Damariscotta Fire Department also responded to the scene. The Alna Fire Department was dispatched to a nearby water supply and the Nobleboro and Wiscasset fire departments were called to provide station coverage.

Lincoln County Communications dispatched the Newcastle Fire Department at 8:55 p.m. and the scene was clear by approximately 9:45 p.m., Stevens said.