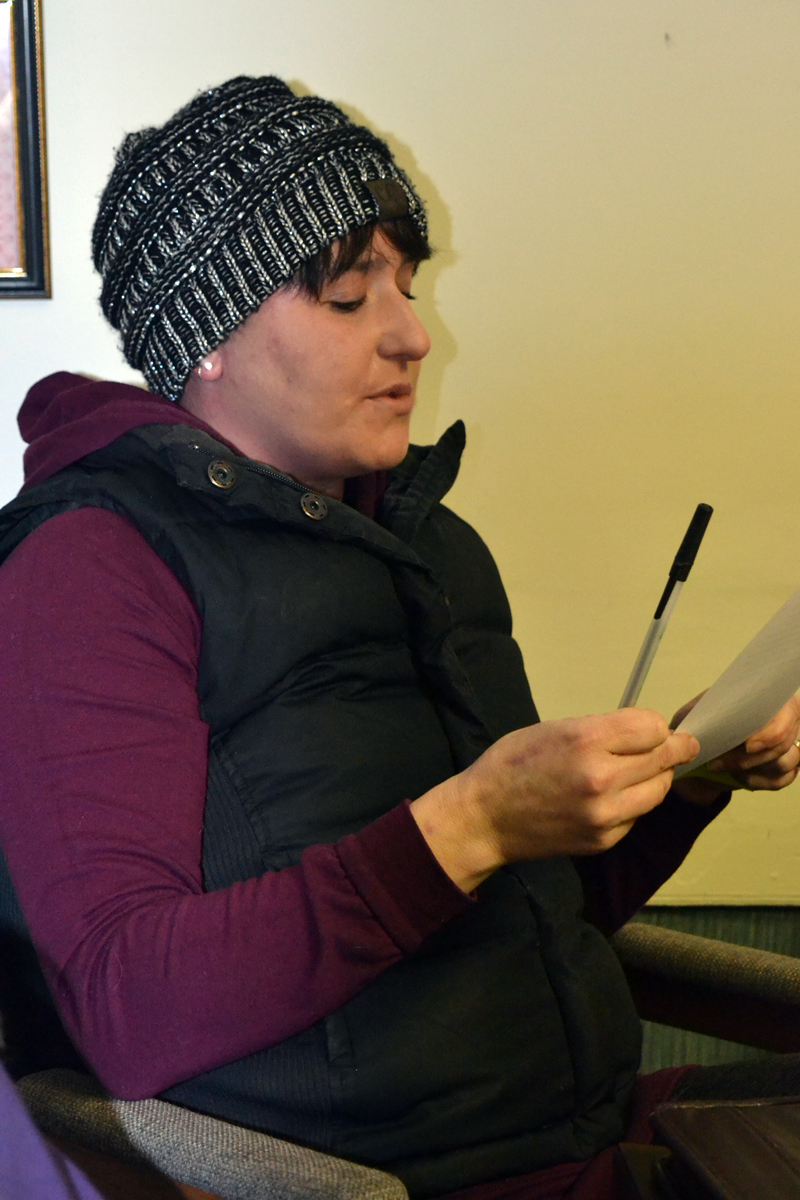 The full parking lot at the Alna town office the evening of Wednesday, Jan. 31 was an indicator that the meeting of the Alna Board of Selectmen might be a lively one, and it did not disappoint.

Inside, it did not take long to attend to the new business of scheduling longtime alewife harvester David Sutter for the board’s Wednesday, Feb. 14 agenda to discuss his request to extend his current contract and taking up Lincoln County Television on its offer to record the annual town meeting on Saturday, March 24.

It was the third and last item of new business – Freedom of Access Act requests from resident Judy Fossel for information regarding school-choice fraud in the last five years – that set the tone for the rest of the meeting, as Fossel engaged in a lengthy, sometimes tense back-and-forth with Third Selectman Douglas Baston.

“I would like it all, no matter how minor,” Fossel said of the fraud-related information she sought.

Baston said the board could not send her all such information, such as information about one case the selectmen “would have prosecuted if we could have.”

“Why couldn’t you prosecute it?” said Fossel.

“That’s part of what we can’t talk about,” Baston said.

A similar exchange took place between Fossel, Baston, and Second Selectman Melissa Spinney over the whereabouts of a certified mail receipt for a letter from Fossel to the town. At the end of the contentious exchange, it was determined that delivery of the receipt was in the hands of the local post office.

After presenting the 2018 Spirit of America Foundation Tribute to Juniper Hill School for Place-Based Education Director Anne Stires, the board of selectmen moved on to the public-comment period.

School choice remained the issue of the evening, as several Alna residents among the many in attendance spoke concerning the upcoming public hearing on the issue at 6 p.m., Monday, March 5 at the Alna firehouse ahead of a town vote, with polls open from 10 a.m. to 6 p.m., Friday, March 23. 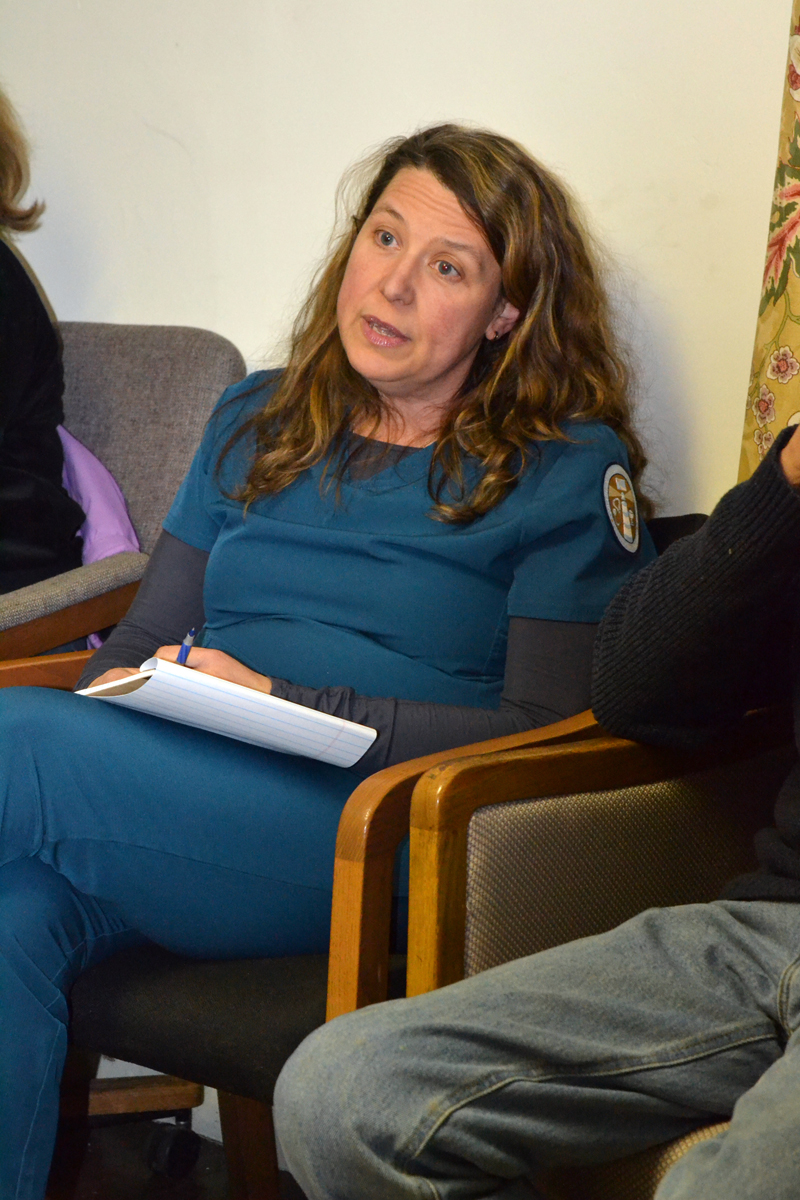 Alna resident Cathy Jones speaks during the public-comment portion of the Alna Board of Selectmen’s meeting at the town office Wednesday, Jan. 31. (Christine LaPado-Breglia photo)

Currently, Alna pays tuition for students residing in the town to attend the public or private school of their choice. Long-standing concerns about possible abuse of the private-school subsidy for students in kindergarten through eighth grade resulted in a petition from resident Ralph Hilton that led to the upcoming hearing and vote on the matter.

Baston said the petition presents a “fair compromise – choice for any public school in the state of Maine” in “an attempt to balance the people that pay taxes with the people that raise kids.” Baston said no one would move to Alna simply for public-school choice.

The board is concerned that a growing population, attracted by the offer of free private school, would eventually make the current system unaffordable for the town.

“We only have 350 places that contribute to taxes. We have 127 kids,” said Spinney, who added that she used to be pro-choice regarding private-school attendance for Alna residents.

Alna resident Cathy Jones asked numerous questions about how the hearing will be run.

The hearing “is not a place to debate (the issue of school choice),” said Baston, but an opportunity to ask questions and offer information.

“The statistics offered by the selectmen are very skewed,” Jones said, adding that she is concerned that the implication is that “people are coming here to take advantage and cheat” and that the selectmen’s information is “designed to create a really anti-choice atmosphere in the community.”

“I don’t feel like this is a good choice for our town,” Jones said. 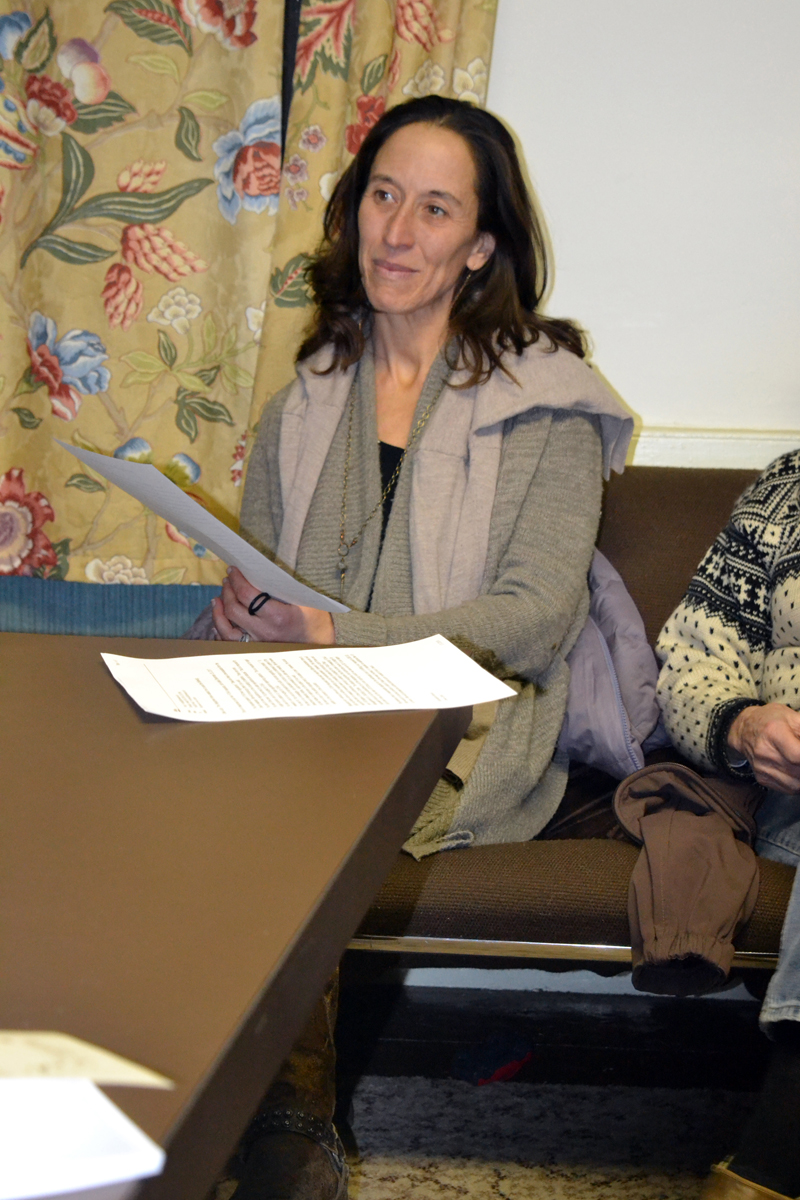 She argued that the population growth rate in Alna “is expected to go down. If people are voting on this, they need the information.”

Jones expressed concern about how she could best present her information at the hearing, suggesting a PowerPoint presentation. Baston told her a handout would be the best means.

Hilton said Alna residents never voted on school choice. “Now they have a chance to vote. If you feel strongly one way or another, vote that way … There will be a public hearing for people to present their side, present facts,” he said.

“I wish everybody could have choice,” said Spinney. “We have to look at the town. If taxes are doubled, will people lose their house? Yes.”

“I think we’ve debated it enough,” First Selectman David Abbott said at one point. “It goes this way every time. I think the problem is, everybody’s got their opinion, and when somebody presents it, nobody wants to listen.”

Spinney said she doesn’t think the selectmen will change their minds “because we’ve already done the research.”

“A lot of people in town don’t want to see the town grow and become commercial,” she said.

“A commercial base would keep taxes down,” said Fossel.

Toward the end of the meeting, resident Aaron Robinson reminded everyone that the upcoming public hearing will have a moderator, Carl Pease, “so that it doesn’t happen at the hearing what’s happening here now.” Pease, he said, will “know how to keep it from elevating and escalating.”