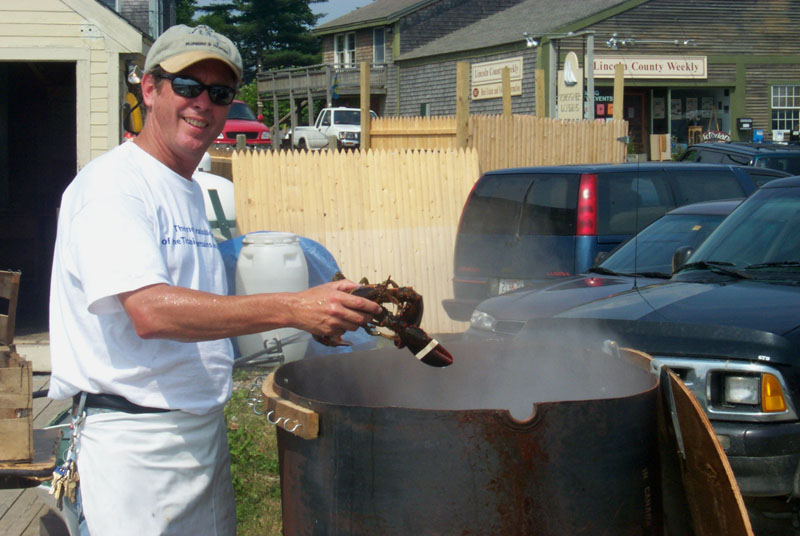 “He was a very entertaining person,” Scott Folsom, co-owner of Schooner Landing Restaurant and Marina in Damariscotta, said of his business partner, Charles F. “Charlie” Herrick, who died Jan. 2 at the age of 66 after a brief illness.

Folsom said he first met Herrick when both were boys of 10 or 12, working as caddies at a golf course in Auburn.

They reconnected in the 1990s, when Folsom leased space in the basement of Herrick’s Auburn restaurant, No Tomatoes. Folsom used the space to open The Cellar Door, a pub and music venue.

When Folsom planned to open Schooner Landing, he realized he would need a partner, and thought Herrick was the right person.

“We were a really good team,” Folsom said. “It just kind of worked.”

The duo had owned the restaurant for 20 years.

“We really wanted to build something that the community would enjoy,” Folsom said.

He described Herrick as a high-energy person and a “total piece of work” who loved Damariscotta.

“He certainly became part of the town,” he said.

Folsom said Herrick touched everyone he met with laughter and was always telling jokes.

Damariscotta businessman and “Truckin’ in America” columnist Larry Sidelinger, who became friends with Herrick at Schooner Landing in the early 2000s, said the men connected over being self-employed.

“He was a character. He’d laugh at himself,” Sidelinger said. “Charlie was truly one of a kind. He did it his way.”

He said Herrick had a good ear for music – Schooner often hosts live musicians – and loved to tell stories. Both Sidelinger and Folsom described Herrick as the “life of the party.”

“He was always right there to help out,” Sidelinger said.

Smokey McKeen, co-owner of Pemaquid Oyster Co. and a musician who often performs at Schooner, said Herrick had “a heart of gold” and many friends.

Pemaquid Oyster Co. keeps boats at the marina, so McKeen and Herrick would often see each other and exchange jokes.

“Charlie was a no-nonsense kind of guy who was full of nonsense, if that makes any sense,” McKeen said. “Everyone I’ve spoken with echoes my thoughts that Charlie’s absence leaves a big hole in the community.”

Folsom said he has many fond memories and stories of Herrick, which he will share at a celebration of Herrick’s life on Saturday, Jan. 12. It will take place at The 1812 Farm in Bristol Mills from 2-5 p.m.

“He’ll be sorely missed,” Sidelinger said. “He was just Charlie, and just happy all the time.”