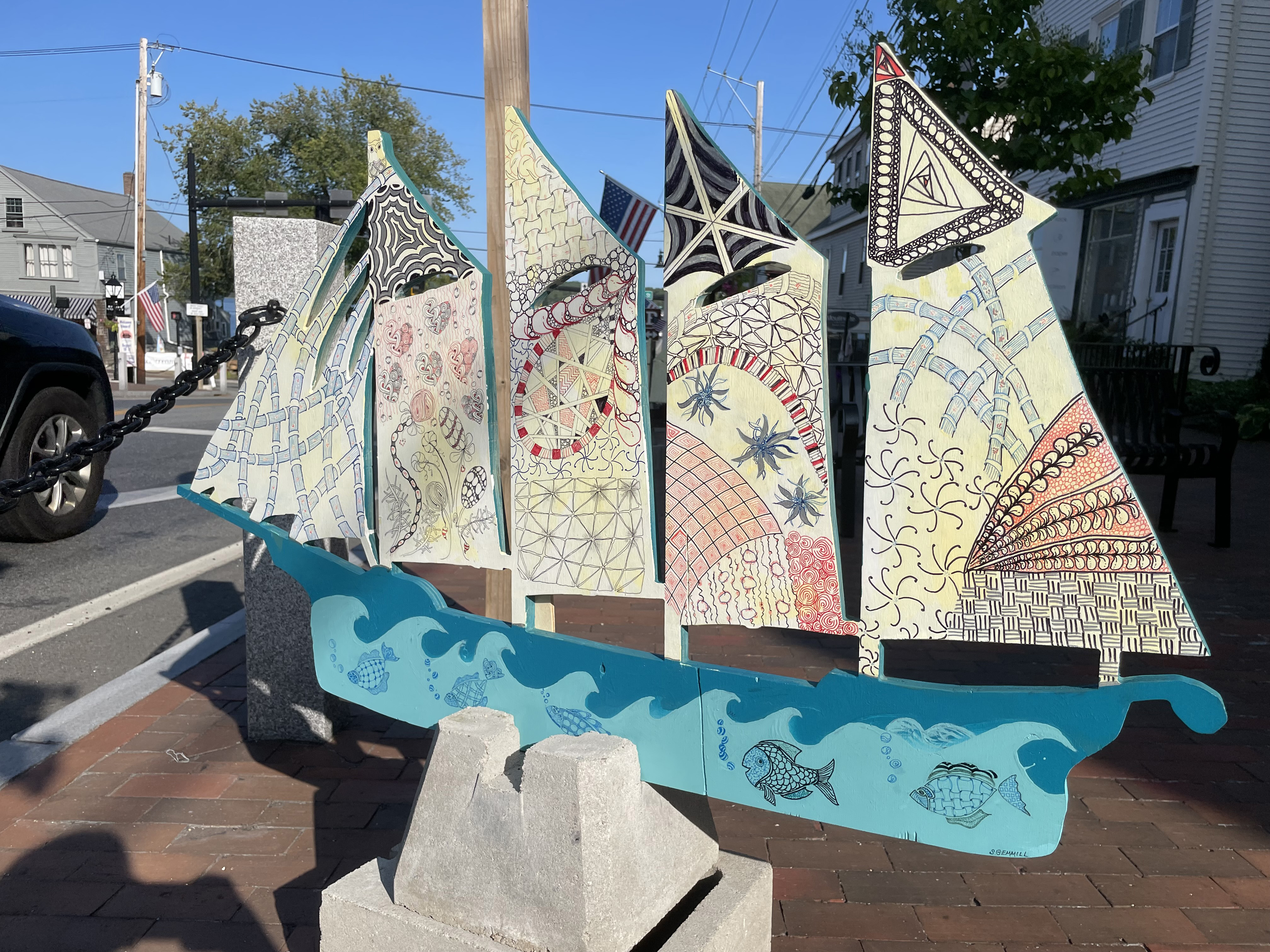 A nautical festival will set sail in the heart of Wiscasset with five days of street performances, music, scavenger hunts, food, races, and much more, beginning Wednesday, Aug. 18.

Presented by Friends of Wiscasset Village, Wiscasset Creative Alliance, and the town of Wiscasset, Schoonerfest is a celebration of the town’s shipbuilding history and the schooners that once dominated the harbor.

Schoonerfest was inspired by two ships once considered synonymous with the town, the Luther Little and Hesper. Both were built in Somerset, Mass., but found fame when they beached in a mudflat in 1932 near what is now known as the Wiscasset Memorial Pier.

The ships became Maine landmarks and were a major tourist attraction as they withered beneath the elements and entrenched themselves in the town’s identity.

The schooners eventually collapsed upon themselves, and their remains were unceremoniously hauled away in 1998. A morbid festival in and of itself, enthusiasts traveled from across the country to pilfer their own piece from the enigmatic hulks before they disappeared forever, according to a 2001 report in the L.A. Times.

Almost 30 years later, the ships live on as ghosts, moored in the imaginations of Route 1 travelers who remember the Hesper and Luther Little’s place in Wiscasset history.

Peter Wells, co-chair of the Schoonerfest Committee, is one of them. He traveled to Maine as a boy in the 1960s, and remembers visiting the last of the four-masted schooners as they lay dormant beside the Sheepscot River.

Wells and Jorge Peña, the committee’s other co-chair, originally thought up Schoonerfest as a modest way to celebrate the ships and the treasures embedded in the town’s historic district.

The pair had the idea to invite artists to create replicas of the schooners using various materials, from metal to Legos, to display on sidewalks for just one day. From that idea the project grew with the creation of the Schoonerfest Committee in 2019, and finally the project mushroomed into the five-day festival.

Over the phone on Aug. 16, Wells said as far as he knows, it is the first festival of its kind in Wiscasset. With a budget of about $25,000, it turned into something beyond what he ever anticipated.

Part of Wells’ motivation for his efforts towards this event is visitor’s tendency to either drive straight through Wiscasset or to just stop by some shops and Red’s Eats and leave.

When asked what he thought a successful Schoonerfest would look like, his answer was simple.

“People. We would like to see more people exploring our historic district,” he said.

In terms of nautical fun, Wiscasset will welcome back the When and If with a cannon salute on Thursday. Built in Wiscasset in the late 1930s for Gen. George Patton, the two-masted schooner has not returned to its birthplace in decades. Tickets for tours and day sails on the When and If will be offered until the end of the festival.

Geocaching in the historic village kicks off on Wednesday. Beginning on Thursday, food trucks, an ice cream shack, and a wine and beer garden will be open at the Festival Pier. Various family activities, including face-painting, corn hole, and boat painting will be available beginning on Friday.

Music will be provided by local artists including Castlebay, Salty Dogs, Married with Chitlins, Panfried Steel, and a number of sea chantiers at the newly constructed bandstand at the common, the sunken garden, and the pier stage.

Schoonerfest will be capped off with the first annual Schoonerfest Triathlon, as well as a rowing race at the festival pier.

Wells said a team of only 5 or 6 people did the majority of the legwork for the event, and he hopes that this year’s success incentivizes more members of the community to volunteer and pitch in next year.