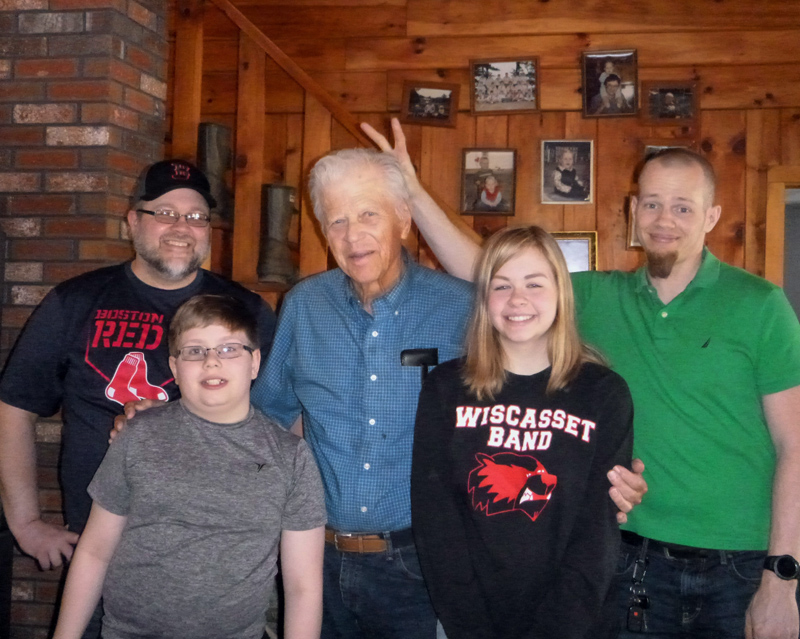 Casey Main, 36, of Wiscasset, will be remembered as a “giving, kind, gentle man” who loved animals and was a “natural athlete” with a passion for disc golf.

Casey Main went missing Thursday, April 25. After an intensive search by air, land, and water over parts of three days, his body was found in the Back River, near a boat launch on Old Ferry Road in Wiscasset.

He was discovered inside his vehicle at 12:30 p.m., Saturday, April 27. His death does not appear suspicious, according to a statement from the Lincoln County Sheriff’s Office.

He had left work at Molnlycke, a short distance from the boat launch, at 5:30 a.m. Thursday en route to his home, but never arrived, according to the sheriff’s office.

Authorities believe he drove his 2003 Toyota Camry into the river, but do not know exactly how or why, according to the statement. He had Type 1 diabetes, and authorities have said they believe he was experiencing a medical crisis.

“Our concern is that people will think he intentionally hurt himself,” said Judi Main, Casey Main’s mother. Type 1 diabetes can cause symptoms such as disorientation and a “coma state” under certain conditions, she said.

On Thursday, authorities searched by ground and air in Westport Island and Wiscasset. Friday, they continued a ground search in Wiscasset and began their search of the Back River with the assistance of divers. Saturday, the search continued to focus on the area of the river near the boat launch.

A dive team from Maine Marine Patrol, Maine State Police, and the Maine Warden Service used boats with sonar as well as a remotely operated vehicle and specialized side-scan sonar from the Massachusetts State Police.

The sheriff’s office described the investigation into the events prior to Casey Main’s death as “preliminary and ongoing” and referred questions about the cause of death to the Maine Chief Medical Examiner’s Office, where his body was taken at that office’s request.

The sheriff’s office will continue its investigation next week with a vehicle autopsy of the Camry to rule out any mechanical issue as a factor. The agency will communicate with the Chief Medical Examiner’s Office to determine if a medical event was a factor.

A total of 50-75 people looked for Casey Main, Kane said.

“There was an outpouring of support from the community,” Kane said. The outcome of the search was “terrible to see,” he said, “but it’s wonderful that there was a lot of people out searching for him.”

For the last five years, he worked as a medical foam machine operator at Molnlycke, Judi Main said.

In addition to this work, every few months, he set up and took down the cages for New England Fights, a mixed martial arts league. Casey Main had worked with the organization since its first show in February 2012.

On Saturday, April 27, New England Fights dedicated its most recent fights to its former crew member.

Before the fights, the announcer honored Casey Main with kind words and the ringing of a bell.

“Casey was dedicated, Casey was dependable, he was hardworking, and above all else, he was a friend,” the announcer said.

His mother said, “Every job he’s done, he has made lifelong friends.”

“He would help anybody that asked. He was a very giving, kind, gentle man,” Judi Main said.

He was a fan of all the New England sports teams — the Bruins, Celtics, Red Sox, and Patriots.

When he was not working, he kept active. Judi Main referred to him as a “natural athlete.” He enjoyed mountain biking, snowboarding, skateboarding, and fishing with his dad.

“His passion was Frisbee golf, and he was trying to train to be good enough to do tournaments,” Judi Main said.

Casey Main was diagnosed with Type 1 diabetes at 10 and “worked really hard to try to keep himself healthy,” his mother said.

He had a soft spot for animals, especially the Main family pets, including their dog, Lizzy, and two cats, Buddy and Tessie.

“His older brother, Chris, who was two years older, they were brothers, but they were also best friends,” Judi Main said.

A celebration of Casey Main’s life will be held at a later date, his mother said.

“We really appreciate everyone’s efforts … there was so much support from so many in so many ways,” she said.