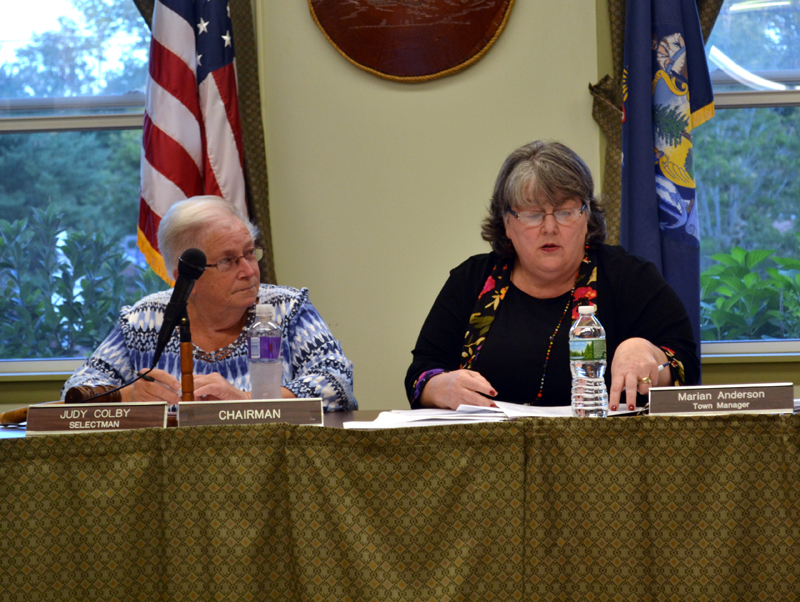 Wiscasset will again vote on the planning department budget, due to a citizen’s petition turned in less than a month after voters reinstated the department at a special town meeting.

The Wiscasset Board of Selectmen voted unanimously Tuesday, Sept. 12 to place a warrant article before voters in November. The vote will coincide with a statewide referendum.

The article asks if the money raised for the planning department should be transferred to the general fund for the purpose of reducing the 2018 tax commitment.

The warrant article matches the wording of a citizen’s petition turned into the town office Monday, Sept. 11 and certified with 180 valid signatures, Town Clerk Linda Perry said. The petition needed 179 signatures to be valid.

Selectman Ben Rines asked that the town hold off on hiring a town planner until after the November vote. The selectmen have informally discussed instituting a hiring freeze across town departments as the board prepares for the 2018-2019 budget process.

Wiscasset Board of Selectmen Chair Judy Colby said she supports the planning department budget, but voted to place the citizen’s petition on the ballot because all other recent petitions have gone before the town for a vote.

Voters rejected the $66,764 planning department budget at Wiscasset’s annual town meeting in June, 466-256. Voters then reinstated the budget, 56-29, in an Aug. 24 open special town meeting called for by a citizen’s petition.

Some selectmen and several residents expressed frustration that a much smaller group of voters overturned the initial results.

Voters will also decide whether to repeal the Wiscasset Historic Preservation Ordinance in November. The Wiscasset Board of Selectmen voted 3-2 to place the repeal of the ordinance on the ballot.

Selectmen Rines and Bob Blagden voted in opposition, because they felt the vote on the historic preservation ordinance should wait until the annual town meeting in June.

The planning board voted unanimously against the repeal, and the ordinance review committee delivered a report expressing opposition to the repeal.

Historic Preservation Commissioner Susan Blagden questioned why the board of selectmen did not take into consideration the recommendations of the planning board and ordinance review committee.

“It seems like (the board) is totally ignoring the results of the public hearing,” Blagden said.

Town Manager Marian Anderson has worked closely with the commission since the elimination of the town planner position in June, she said. The commission is aware the ordinance is in need of revision “to make it friendlier,” she said.

Selectman Katharine Martin-Savage was in favor of putting the repeal of the ordinance before voters in November. “There are an awful lot of people in town who are upset with the commission. The people deserve the right to vote,” Martin-Savage said.

The local ballot at the November election will also ask for approval to transfer $96,690 from capital reserves to purchase a 2013 ambulance. The ambulance will replace the Wiscasset Ambulance Service’s 2003 ambulance, a long-held goal of the department. The budget committee voted 4-0 to recommend the expenditure at its Monday, Sept. 11 meeting.

The local ballot will ask voters if the shellfish conservation ordinance should be amended to enable the Wiscasset Board of Selectmen to set the fees for shellfish licenses. The current ordinance includes the fees, which has been a barrier to selectmen’s efforts to raise them.