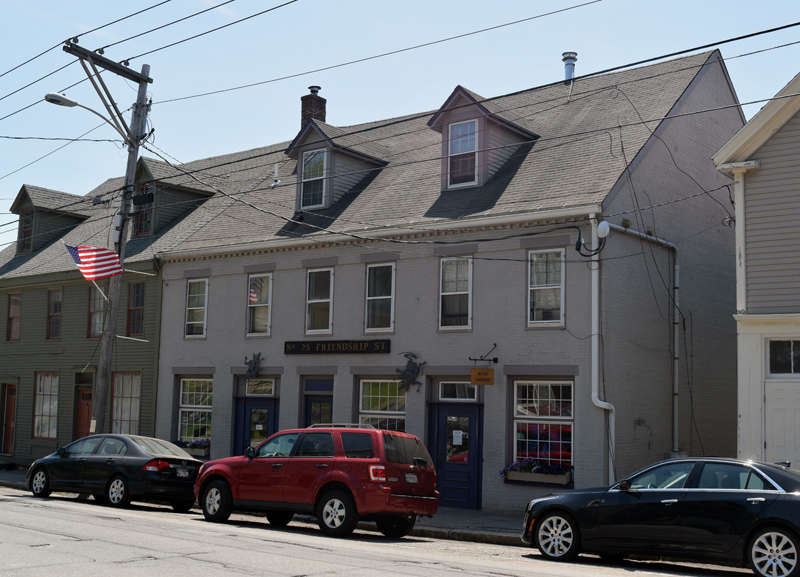 Midcoast Conservancy will share its space at 25 Friendship St. in Waldoboro with the Waldoboro Public Library’s new secondhand bookshop. The shop is expected to open in early July, with all proceeds to benefit the library. (Jessica Clifford photo)

The Waldoboro Public Library will open a new secondhand bookshop at 25 Friendship St. in early July.

The shop will share space with Midcoast Conservancy. Volunteers will run the shop and all proceeds will benefit the library. The hope is for the bookshop to open July 1.

“I feel like it’s a very serendipitous thing that we just happened to come upon this space that needed occupancy at the same time we needed to be somewhere,” Cathrina Skov, director of the Waldoboro Public Library, said.

The library previously owned The Book Barn, a secondhand bookshop with the same purpose as the new one, from the summer of 1996 to May 2014.

The shop was in a barn at 995 Main St., a space it shared with the property owner. The property changed hands about six years ago and the new owners needed the space.

Ever since, the library has been looking for a new location for a secondhand bookshop.

“We were looking at different options, and the crux of the situation is, we really needed a space that’s free or almost free, and that’s really hard to come by,” Skov said.

The nonprofit Friends of the Waldoboro Public Library, which was running the bookshop when it closed, looked for a new space for about two or three years.

“After a couple of years, we felt we exhausted our options, so it was kind of on the back burner,” Skov said.

Jean Smith, a 2016 transplant to Waldoboro, revitalized the effort this April. She had volunteered at Skidompha Library in Damariscotta for about 11 years.

Skidompha has a 50-year-old secondhand bookshop and Smith had seen the impact of income from the shop on the library.

“When I moved to Waldoboro, I retired from volunteering at Skidompha. I wanted to get involved with the library here in town, and I thought we should have a used bookstore here in Waldoboro,” Smith said.

Skov said Smith formed a committee and put in hours of volunteer work to see what options were available for a space.

The committee even looked at building a shed for the secondhand shop, Smith said.

Bob Butler, treasurer of the library’s board of trustees, spoke about the matter with his wife, Sally Butler, who sits on the Medomak Valley Council of Midcoast Conservancy.

“Midcoast Conservancy had space it was not fully utilizing on the street level of its building in Waldoboro, and the Waldoboro library has been actively looking for a location for a bookstore. Voila! It all just came together,” Bob Butler said in an email.

Skov said Bob Butler met with Jody Jones, executive director of Midcoast Conservancy, and asked if sharing the conservancy’s Waldoboro space with the library was a possibility. 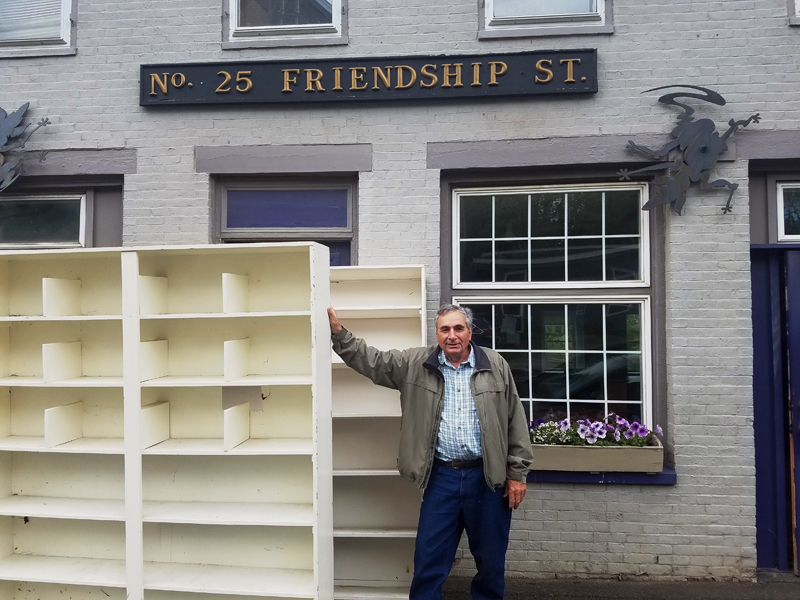 Skov then had formal meetings with Jones to work out the details.

“The office is set up in sort of two sections, and we don’t need both sections anymore, because our staff has moved to the headquarters office for the most part,” Jones said. Midcoast Conservancy headquarters are on Route 1 in Edgecomb.

The bookshop will have roughly 500 square feet on the left side of the building.

“One of the things I think our organization works really hard to do is to find ways to collaborate in our community and listen to what folks need. … This wasn’t our idea, which is always great. It was actually Bob Butler’s,” Jones said.

“It’s great to have volunteers in our community to bring us together, and see the need and make it happen,” Jones said. “When we met. it was really a match made in heaven.”

At this time, the shop will only sell used books; however, the hope is to offer secondhand audiobooks, movies, and music as well. Books of all genres and for all ages will be available, organized by genre. Most will be sold for about $2-$7 each.

The bookshop will have a cozy environment, Skov said.

“We do want it to be nice, warm, and friendly, with some reading chairs there and a comfortable space to come,” she said.

The bookshop will have a coffee pot and will sell baked goods from Sweet Morning Bakery, of Waldoboro.

The merchandise will predominantly come from donations of books, with some books from the library’s shelves.

Anyone who wants to donate books can bring them to the Waldoboro Public Library at 958 Main St., Skov said.

“We will not guarantee that we will take everything that someone has. We would like to look it over and only take what we think we can sell,” she said.

Books must be clean and in gently used condition. Neither textbooks nor Reader’s Digest magazines will be accepted.

In addition to books, the shop will need more bookshelves.

Skov said the plan is to have the new bookshop open year-round, multiple days each week, unlike The Book Barn. The hours will depend on how many volunteers the shop has and when they are available.

Skov expects the shop to have co-managers. Smith will take on one of those roles, while the library needs to find another. Skov will act as liaison between the shop and the library.

The committee has not decided on a name for the bookshop; however, it has four or five in mind.

As a way to involve the community, Skov said, the library will have a suggestion box for people to share their ideas for the name.

To volunteer at the new bookshop or donate bookcases, call the library at 832-4484 or email cathrina.skov@waldoboro.lib.me.us.

“We’re all grateful to Midcoast Conservancy for being willing to share its space,” Butler said. “Having the location at 25 Friendship St., right in the center of Waldoboro village’s commercial area, is a huge plus.”

“We are hoping it’s another attraction in town,” Skov said.