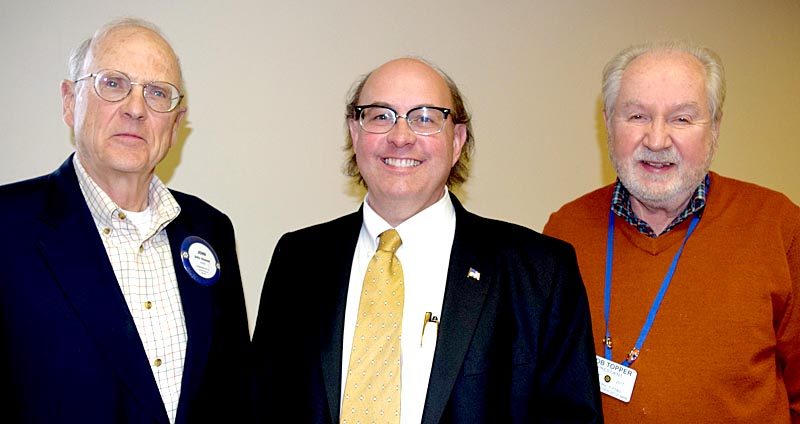 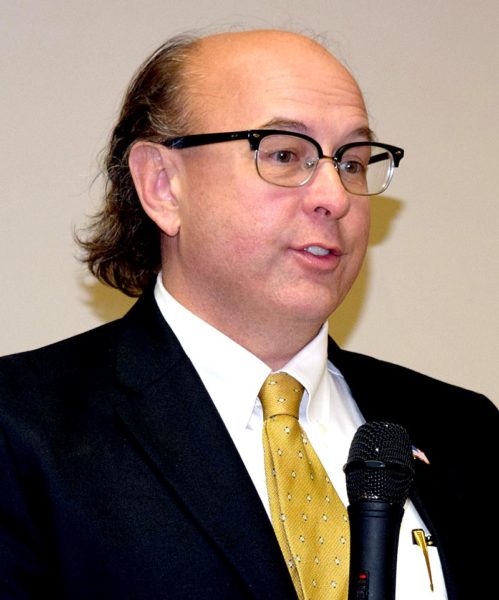 Maine Secretary of State Matthew Dunlap talked about the upcoming election during an appearance in Newcastle on Tuesday, Oct. 25.

Dunlap was the guest speaker at the weekly breakfast and meeting of the Damariscotta-Newcastle Rotary Club at the Second Congregational Church in Newcastle.

After a brief introductory speech, Dunlap fielded questions about the citizen’s initiative process, the referendum questions on the Maine ballot, the potential for voter fraud in Maine elections, and whether he will run for governor in 2018.

In response to a question about the prevalence of voter fraud, Dunlap said that in his five terms, his office has dealt with two “fairly significant questions about double voting,” which he attributed to a “comedy of errors” rather than intentional fraud.

Local elections officials serve as the state’s best defense against fraud, according to Dunlap.

“Clerks tend to know practically everyone in town, particularly in smaller towns, and their volunteers come from the community,” he said.

Dunlap said efforts to sow doubt about the integrity of the election process are “reckless” and discourage turnout.

“The last thing we want to do is have people question whether it’s even worth participating because the system is rigged,” he said.

He also responded to an audience question about why Maine doesn’t require photo ID at the polls.

“Our systems are already secure enough that the requirement for an ID to vote would present enough of a hurdle to enough people,” such as elderly voters who no longer drive, “that it really wouldn’t be worthwhile,” he said.

Dunlap did not speak for or against the referendum questions. “I don’t take any public position on any of these issues,” he said. But he did express reservations about ranked-choice voting.

“It’s going to cost a lot more,” he said. Maine has 240 towns without tabulating machines, and would have to buy or lease machines for those towns.

There is also a “strong constitutional question” about ranked-choice voting, he said.

The Maine Constitution provides for election by plurality.

The stipulation arose from a chaotic three-way race for governor in 1879, according to Dunlap. The race was so contentious the governor summoned Civil War hero Joshua Chamberlain out of retirement to deal with the possibility of an armed rebellion.

A member of the audience said Dunlap has been mentioned as a possible Democratic candidate for governor in 2018 and asked if he would run.

If Democrats take the U.S. Senate, he speculated that U.S. Sen. Susan Collins might run for governor in 2018. The popular Collins “will get 80 percent of the vote no matter what she runs for,” he said, and would become the first female governor of Maine.

Alternatively, the moderate senator could become a cabinet secretary in a Hillary Clinton administration, Dunlap said.

Dunlap said he likes what he does, plans to seek a sixth term as secretary of state, and would be content to end his political career in the position.

“I’m probably the least politically ambitious guy in Augusta,” he said, but he did not rule out a run for higher office.

“If the opportunity is there and it feels right,” said Dunlap, “I’ll run for something else.”