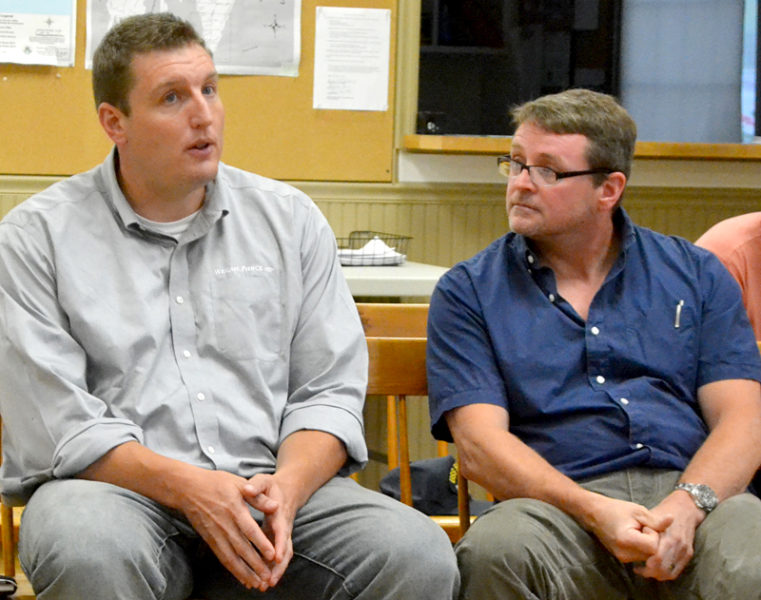 After an unsuccessful application for a grant to help finance improvements to the Bristol Mills fish ladder, the Bristol Board of Selectmen met Aug. 24 to discuss alternatives to the project, including the possibility of removing the Bristol Mills Dam.

The Maine Department of Marine Resources had applied for a grant from the National Oceanic and Atmospheric Administration to fund the work on the fish ladder, as well as similar projects in Augusta, Chelsea, China Lake, and Phippsburg.

The total request was for $2 million, of which Bristol would have received $124,000, according to Claire Enterline, a Bristol resident who worked with the town on the grant application.

Since 2013, local and state organizations have collected information about the number of alewives to successfully climb the Bristol Mills fish ladder. DMR estimates that Pemaquid River and the ponds upstream can support more than 600,000 adult alewives. Based on volunteer visual counts, approximately 133,038 alewives swam up the ladder in 2016. 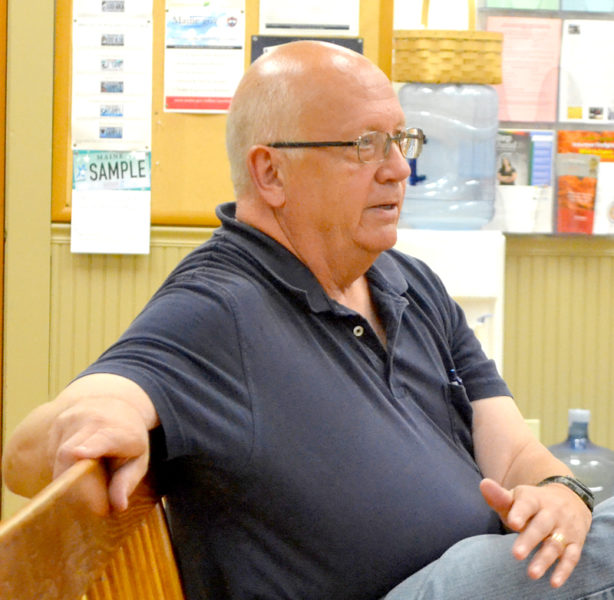 Bristol Fire Chief Paul Leeman Jr. talks about the fire department’s use of the Bristol Mills swimming hole as a water source during a meeting with the Bristol Board of Selectmen on Wednesday, Aug. 24. (Maia Zewert photo)

Since 2013, the DMR has worked with the Bristol Fish Committee to improve and regulate the water flow and adjust the entrances to the fish ladder to assist the alewives’ passage, Enterline said.

The town has worked with the engineering firm Wright-Pierce to develop a new design for the fish ladder which would hopefully allow more alewives to pass through.

“There are no plans at this point to remove the dam. I just felt like we needed to have this discussion to see what all of our options are before we commit to a path,” Hanna said. 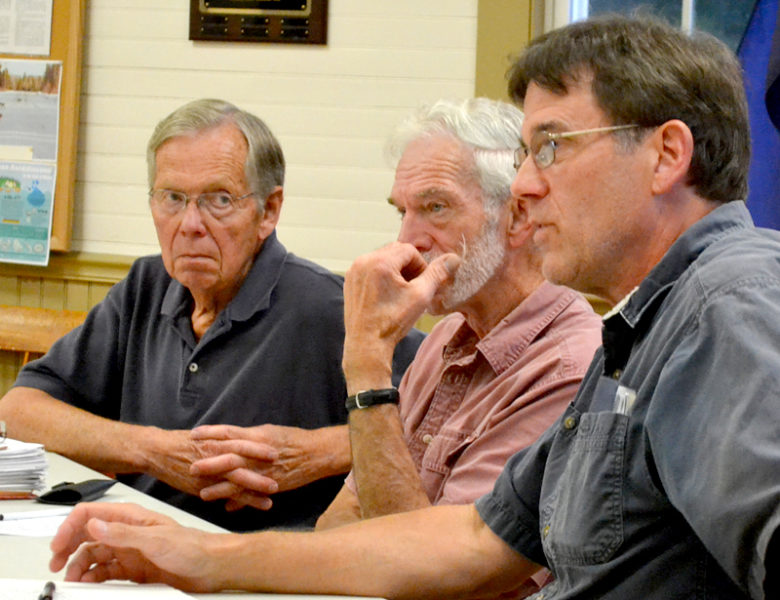 From left: Bristol Selectmen Harry Lowd and Paul Yates look on as Chairman Chad Hanna speaks during a meeting in the Bristol town office on Wednesday, Aug. 24. (Maia Zewert photo)

Slade Moore, a member of the Bristol Fish Committee, said funding opportunities for fish ladder repairs and restorations have diminished in recent years as agencies and organizations have focused their efforts on funding projects in which dams are being removed.

The long-term costs of maintaining the dam and the manpower needed to operate the fish ladder may have also contributed to the change in what projects are receiving funding, McLean said.

In addition to supporting the fish ladder, the dam impounds the popular Bristol Mills swimming hole, one of the few freshwater swimming areas in Bristol, Hanna said.

The town could set up an alternate source of water for the fire department if necessary, Hanna said.

“We know that there would definitely be some impact to firefighting water if the dam was gone,” Hanna said. The water “wouldn’t be completely gone, but it would be diminished, so how do we offset that?”

One possibility could include the construction of reservoir tanks at the Bristol-South Bristol Transfer Station, Hanna said.

No studies have been conducted regarding the feasibility of removing the dam or the impact it would have on upstream water levels, ecological systems, and recreational and fire department usage. If Bristol residents expressed interest in a feasibility study, funds are available through grants and private donors, Moore said.

Selectman Harry Lowd said he would like to see a feasibility study conducted to learn what the impact of removing the dam would be and look at options for alternate water sources for the fire department.

Moore said the central goal of any investigation into the feasibility of dam removal would be the protection, re-creation, and enhancement of the functions of the impoundment that the community values, including firefighting water reserves, upstream water levels, and recreation.

Another option would be for the town to fund the work on the fish ladder itself. McLean estimated the cost of the project, including improvements to the dam and the fish ladder, at $350,000-$400,000. The long-term costs of upkeep to the dam are not included in the estimate.

“We just need to put it to the town and see if they want to support it,” Selectman Paul Yates said.

The selectmen ultimately decided to move forward with the maintenance as planned following the hour-long discussion.

The selectmen will be having further discussions about how to gauge residents’ interest in a feasibility study of dam removal during future board meetings, Hanna said.

Anyone with questions or any interest in participating in the conversation is encouraged to contact the Bristol town office, Hanna said.

“It’s still just a discussion at this point, but we want as much input as possible,” Hanna said. “A lot of study will have to go into this before we choose our path. Whichever path we ultimately decide to go down, it’s going to be a large expenditure of money, and we want to make sure we’re doing this the right way.”