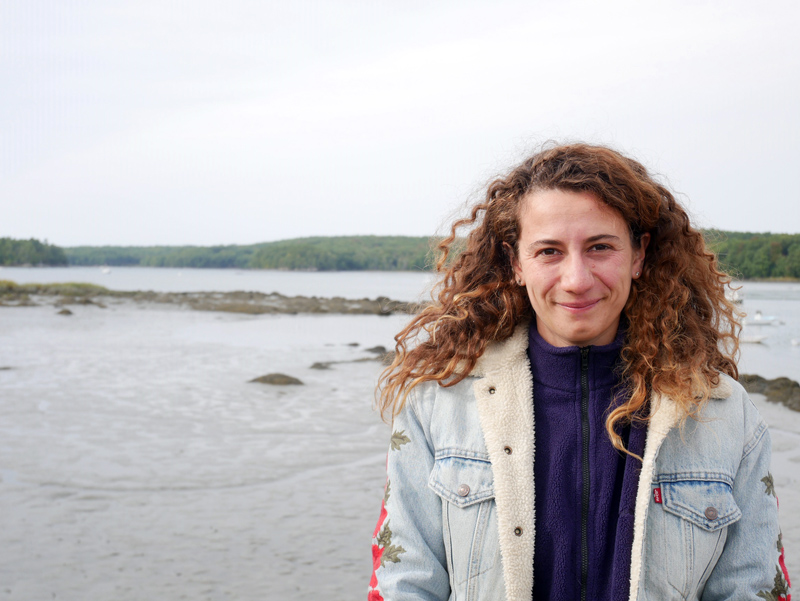 State Rep. Chloe Maxmin, D-Nobleboro, wants to move up to the Senate and continue her work to address rural issues, like access to high-speed internet and public transportation.

Maxmin currently represents Maine House District 88 — Chelsea, Jefferson, Whitefield, and part of Nobleboro. She is running for Maine Senate District 13 — all of Lincoln County except Dresden, plus Washington and Windsor. She is challenging the incumbent, Senate Minority Leader Dana Dow, R-Waldoboro.

Maxmin was elected to the Maine House of Representatives in 2018. She has a background as a community organizer. She is a lifelong Nobleboro resident and attended Lincoln Academy, then Harvard, before returning to Maine and deciding to pursue politics. One of the reasons she ran for office was because she saw that people felt abandoned by government and underrepresented by elected officials.

“I want to think about politics in a new way,” said Maxmin. “This means focusing not on party, but on the values of a rural community — hard work, respect, and kindness.”

To that end, she said she is proud that during her time in the House, she has not always voted along party lines. For example, Maxmin was one of eight House Democrats to vote against a Democratic proposal to establish a committee to study the feasibility of creating a universal basic income. Senate Assistant Minority Leader Eloise Vitelli, D-Arrowsic, sponsored the bill.

“I’m proud that I do my own research on bills, and that every piece of legislation I’ve sponsored in Augusta came directly from conversations with my constituents,” said Maxmin.

She sees two big issues facing the residents of District 13, the first being that people don’t trust the political system anymore.

“We don’t feel like our democracy is working for us,” said Maxmin, referencing the concerns of residents, ranging from broadband access to health insurance to unemployment.

The second issue she sees facing Lincoln County is what she refers to as resiliency. She said many of the systems people use every day have allowed those who are most vulnerable to fall through the cracks when they need support the most, especially during the pandemic.

She believes that in order to prepare for future emergencies, those who have been most impacted, including local businesses and farms, should be asked how existing support programs worked — or didn’t — and what reforms they suggest.

“This is an opportunity to rebuild in a way that makes us stronger,” said Maxmin.

She said the last six months have exposed gaps, including in broadband access for rural families that must now work and learn from home.

Transportation access is another gap she wants to fill in order to make the state more resilient in any future crisis. Her campaign shifted gears during the stay-at-home orders to help seniors and families get to doctor appointments and pick up medications, and to deliver them food.

To attract and retain more working-age people in the state, Maxmin said she wants “to talk about student debt in Maine, and how we can provide incentives and relief and support for folks who choose to go to school and stay in Maine.”

Regarding schools reopening, Maxmin is glad the state is following a science-based approach to COVID-19, which is keeping coronavirus case rates low and allowing schools to open.

“Schools are more than just education, they’re a social support system for children and families,” said Maxmin. “It’s a place that has to be open and available for people, but it also has to be a place that’s safe for teachers, for children, for families.”

Guidelines that keep Mainers safe are important to keeping Maine open, Maxmin added. She believes that wearing a mask indoors while close to others is a common courtesy and that it shouldn’t be a charged issue.

Another charged issue currently facing the country is the matter of police reform.

“I think that what police reform would look like in this area is very different than the national conversation that we’re hearing about,” said Maxmin, noting that law enforcement is another social support system for this community.

Maxmin has also been endorsed by environmental groups, including Maine Conservation Voters, Maine Youth for Climate Justice, and the Maine Sierra Club, for her stance on climate change.

“Unfortunately the communities that have done the least to cause (climate change) are impacted the most,” said Maxmin. “So the way we address it cannot replicate these same disparities.”

Regarding the state’s anticipated $1.4 billion revenue shortfall over the next three years, Maxmin said the state should not pass the burden on to individuals or to property taxes.

“It’s not a sustainable tax structure,” said Maxmin. “Financial choices are going to be tight, so how do we make wise decisions rather than just cutting from programs?”

She does not believe in cutting funding to education or health care, saying these types of cuts have exacerbated harm during the pandemic.

Maxmin added that health care should not only be affordable, but also accessible, and that access must include mental health support and support for those experiencing addiction.

Maxmin said her campaign is about building a better vision of how government can and should work for Mainers. She believes in a collaborative process to rebuild faith in democracy.

“This is about what we can do together,” she said.

Maxmin is a member of the Legislature’s Agriculture, Conservation, and Forestry Committee and its Leaves of Absence Committee.