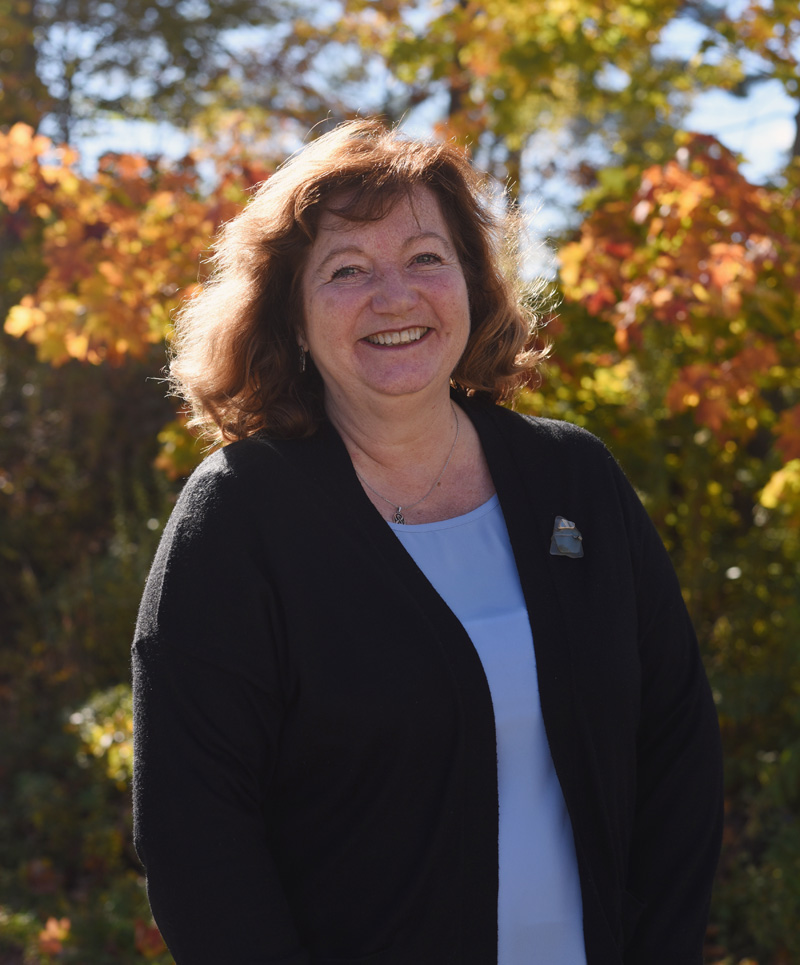 Senate District 13 includes all of Lincoln County except Dresden, plus Washington and Windsor. Although Fortman has had a long career in public service, this is her first time running for elective office.

“I think the state of Maine is facing some very complicated issues, and I believe that my combination of both personal and professional experience would be useful,” she said.

From October 2011 through May 2013, she worked as executive director of the Frances Perkins Center. The Damariscotta-based nonprofit works to preserve and promote the legacy of the New Deal-era U.S. secretary of labor.

Fortman then commuted to Washington, D.C. to work as deputy administrator of the Wage and Hour Division of the U.S. Department of Labor from June 2013 through January 2017. She now works as a consultant, offering strategic advice and support around labor issues.

Fortman grew up in New York, however, her family is originally from Maine.

Fortman started college in her 20s, after traveling the country with her first husband, who was in the U.S. Navy. She received an associate degree in general studies and a bachelor’s degree in history from the University of New Hampshire. She also has a master’s degree in leadership from Northeastern University.

Fortman has lived in Lincoln County with her husband, Dennis Mercer, first in Damariscotta and now in Nobleboro, for over 30 years. She has one daughter, Heather Fortman.

“My grandfather had to leave the state of Maine to find work. I know how important it is for people to be able to find good-paying jobs in this state,” Fortman said. “If this is where you want to be, you should be able to find a job here that allows you to support yourself and your family.”

To address the state’s labor shortage, Fortman said education should be a focus, as well as welcoming those looking to move to the state.

“We need to be welcoming and support in-migration,” she said.

“I know the importance of education, and realize how challenging it is for people to juggle school and work and family, and that we need to create systems that make it easier to support people in doing that,” she said.

“We need to invest in our people and in our infrastructure,” she said. “The number one issue I’ve heard from businesses is that we don’t have skilled workers, we don’t have the people that we need.”

She said students in middle school should learn about different career options.

“When I think about education, it’s not just a four-year degree, although it can be,” she said. She supports the promotion of vocational and technical training.

Fortman said the state needs to support its public colleges and universities, since many people stay in the state where they went to school.

“One of the things that I learned while I was labor commissioner was the incredible importance of linking economic development, workforce development, and education,” she said. “Those are things that must be linked in order for us to thrive as a state.”

Fortman said she supports the recent increases in the minimum wage.

“For too long, the minimum wage had not been increased, and it’s just absolutely essential,” she said.

Fortman said many workers in minimum-wage jobs are adult women trying to support their families, not teenagers.

When speaking on ways to handle drug addiction in the state, Fortman said Medicaid must be expanded.

“People who need treatment are not able to access it,” she said.

On the topic of citizen’s initiatives, Fortman said that while she supports the process, she believes the number of initiatives has risen due to people’s frustration with the Legislature’s inaction.

“I do not think that governing by (referendum) is a good model, but I do think it sends a very clear signal, and I think once that signal has been sent, the Legislature has a responsibility to act on it,” she said.

“I believe that you need to support the will of the voters,” she said.

Fortman said she is in favor of the state looking at past reports on climate change, supporting technology that would help the environment, and starting to move away from fossil fuels in favor of renewable energy.

“For us, particularly in this community, who we are and the quality of our life is connected to the environment,” she said. “Whether it’s fishing, aquaculture, (or) tourism, a clean environment is critical not only to the way we live, but also the economy that we live in.”

“I think that those issues are really important issues for us to address,” she said. “I think all of us increasing our awareness and supporting survivors is critical.”

“It’s the environment, it’s jobs and the economy, it’s health care, and it’s education. Those are the four kind of buckets of policy issues that we must act on in a thoughtful, comprehensive, and integrated way,” she said.

When not working or running for office, Fortman enjoys gardening and kayaking.

Fortman can be contacted at laura4senate2018@gmail.com or 563-1810. For more information, go to fortman.mainecandidate.com or her campaign’s Facebook page.