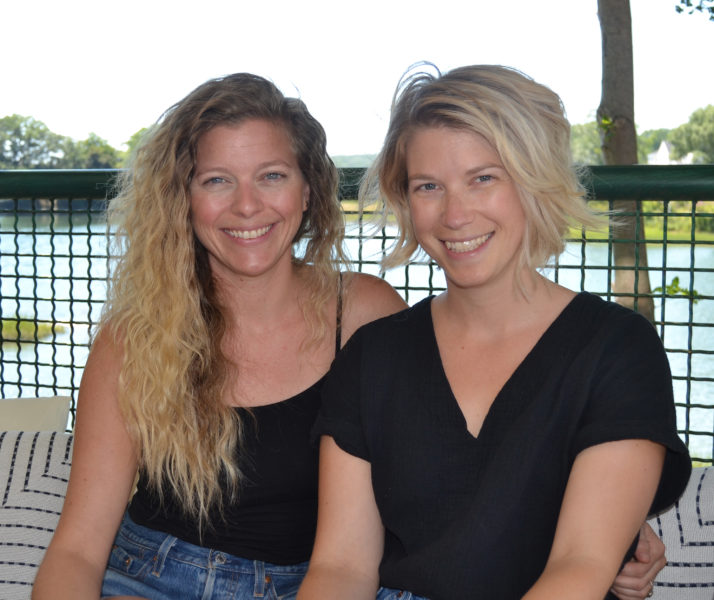 A little over two years after launching their catering company through pop-up dinners and to-go meals, sisters-in-law Payson Cunningham and Shelby Faux opened a plant-based market and deli in Newcastle.

On July 23, Cunningham and Faux opened the Salt + Pepper Social at 67 Main St. in Newcastle, the former home of Milling Around and the Damariscotta Region Chamber of Commerce.

The roots of the business took hold during a boat trip Cunningham and Faux took with their husbands back in 2020. During the trip the sisters-in-law prepared meals and found they enjoyed cooking together.

“It was very fun for us because we’re both vegan and we’re never around people who are that way,” Cunningham said.

The two families lived together for a portion of 2020, during which time Cunningham and Faux continued to cook together, preparing three-course meals for the enjoyment of themselves and their friends. This spawned the idea of hosting pop-up dinners, the first of which sold out. 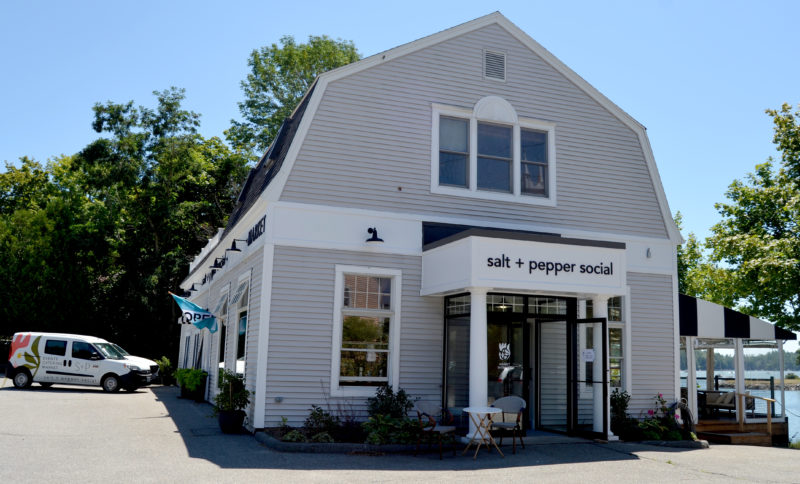 The exterior of Salt + Pepper Social at 67 Main St. in Newcastle. Sisters-in-law Payson Cunningham and Shelby Faux opened the plant-based market and deli at the end of July. (Maia Zewert photo)

Cunningham and Faux then started their catering company S+P Foods, through which they hosted additional pop-up dinners and began creating takeout meals at Fork Food Labs in Portland.

“We were just wishing we could go to a place like that … and so eventually it was like ‘I guess we have to do it,’” Faux said.

The continued positive feedback from customers demonstrated the demand for good, plant-centric dining. 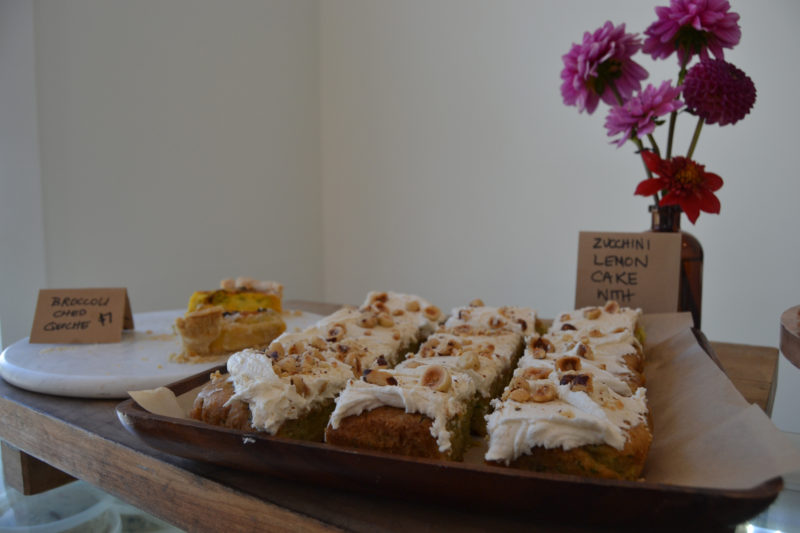 “Everyone’s focused on using local, but they’re almost always focusing on meat, seafood, dairy, and the produce is almost an afterthought,” Faux said.

“People tend to think your options are limited, because of what you’re eating, but really your options expand because you’re looking at your plate differently,” Cunningham said.

The ability to open a storefront with this mindset in the Midcoast spawned last fall, around the time Cunningham and Faux began thinking about their next steps. They were catering events for The Public Works, a collaborative workspace in Portland owned by Rob and Sydney Barrett. When the Barretts ended up buying the Newcastle building, they offered the lease to Cunningham and Faux.

“They’ve always been super supportive of us,” Cunningham said. “But we were scared … it’s a scary big step.”

As they were pondering the decision, Cunningham and Faux catered an event in New Harbor. They stopped by the building afterward and immediately made the decision to take the plunge. 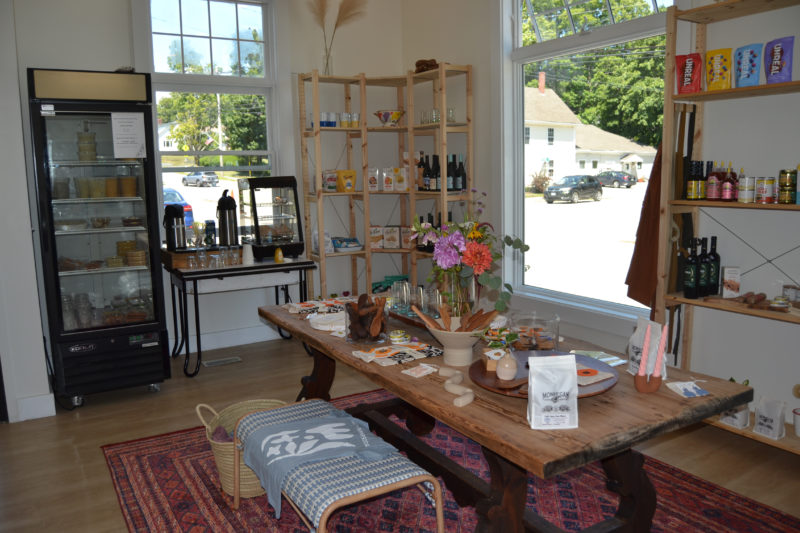 The market at Salt + Pepper Social offers plant-based condiments, snacks, and other food products, as well as host and hostess gifts. The Newcastle business also has breakfast sandwiches, both hot and iced coffee, and grab-and-goal items available for purchase. (Maia Zewert photo)

“It ended up working out perfectly,” Cunningham said. “We figured if we fail, we fail trying.”

Over the winter, while renovations to the building were ongoing, Cunningham and Faux catered a few holiday events and moved out of Fork Food Labs. One half of the 67 Main St. building is now a commercial kitchen from which they can operate their catering business. 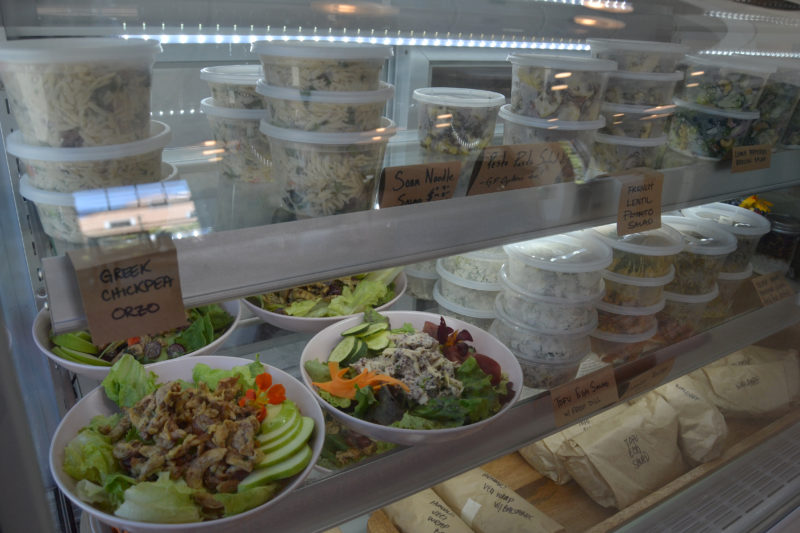 Salads and sandwiches are among the grab-and-go options available at Salt + Pepper Social in Newcastle on Monday, Aug. 1. The plant-based market and deli offers a variety of lunch and breakfast options. (Maia Zewert photo)

The other half is dedicated to Salt + Pepper Social, a market and deli where customers can pick up grab-and-go items like baked goods, salads, and sandwiches as well as hot and iced coffee and soft serve ice cream. Offerings vary almost daily, all of which can be enjoyed while overlooking the Damariscotta River on the new deck built by the Barretts’ other business, Barrett Made. Cunningham and Faux plan to host dinners and private events on the deck in the future.

Salt + Pepper Social also carries a selection of frozen items, host and hostess gifts, as well as all plant-based pantry items that can sometimes be hard to find locally, Faux said.

Cunningham and Faux opened Salt + Pepper Social to the public on July 23. They posted the news on Instagram and sent an email to the list of customers from their takeout and catering events, unsure of what to expect. The response was overwhelmingly positive, with a huge number of previous customers coming through the door.

“Everybody’s been very enthusiastic and kind and welcoming,” Cunningham said. 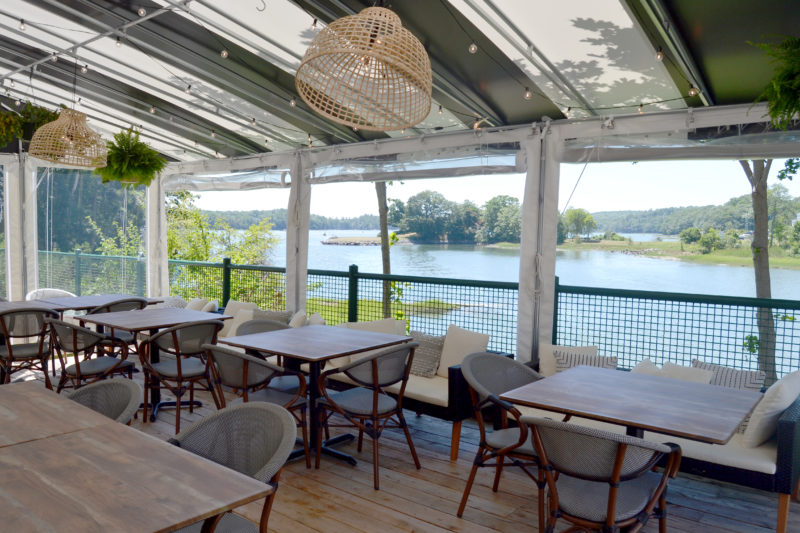 The deck at Salt + Pepper Social overlooks the Damariscotta River from its location at 67 Main St. in Newcastle. Customers can enjoy their purchases from the plant-based market on the deck during business hours, and owners Payson Cunningham and Shelby Faux plan to host private events in the future. (Maia Zewert photo)