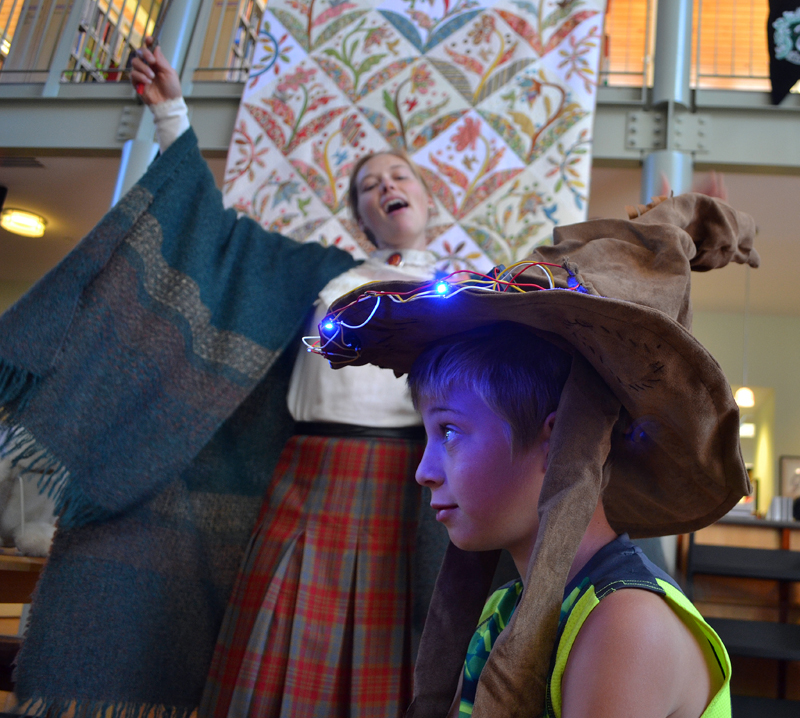 Wizards and witches of all ages flocked to Skidompha Public Library on Thursday, Aug. 24 to celebrate the 20th anniversary of the publication of “Harry Potter and the Philosopher’s Stone” with wand-making, a costume contest, and a scavenger hunt through downtown Damariscotta.

The event kicked off the library’s new season of programs focused on making Skidompha “future-proof,” according to Torie DeLisle, the library’s director of development and communications. DeLisle’s goal is to extend the library’s reach and help it become more visible in the community.

“I believe in libraries. I know their value, but what scares me and others is that feeling of losing relevancy. A library is not just about books; it’s about housing and storing all the resources a community needs,” DeLisle said.

With that mission in mind, the library will host more events similar to the Harry Potter celebration, which touch multiple generations. Having attended multiple midnight releases of the Harry Potter books when she was growing up, DeLisle knew the library’s event would likely bring in people of all age groups. 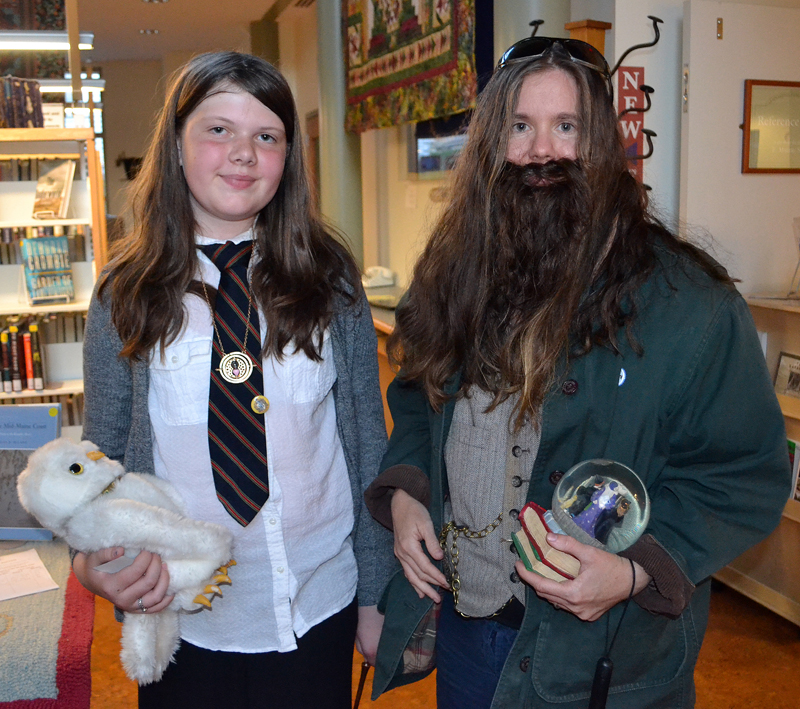 “Harry Potter has been around for 20 years, and the people who grew up reading it are now having kids and reading the books to them,” DeLisle said.

Each person who joined the celebration at Skidompha on Aug. 24 was “sorted” into a “house” by the Hogwarts Sorting Hat. In the book series, the students at Hogwarts are split into four houses: Gryffindor, Hufflepuff, Ravenclaw, and Slytherin.

Slytherin values ambition, cunning, and resourcefulness, and Gryffindor, the house of Harry Potter and his friends, places value on bravery, daring, and chivalry.

With the help of local students, Mike Lee, the library’s gizmo educator and coordinator, wired the hat to play “Hedwig’s Theme,” the main theme of the Harry Potter movie series, and turn the colors of the four houses. Once the final color flashed, DeLisle, dressed as Professor Minerva McGonagall from the series, would announce the house before presenting the student with a button containing their house crest.

“I definitely sorted as many adults as kids,” DeLisle said. 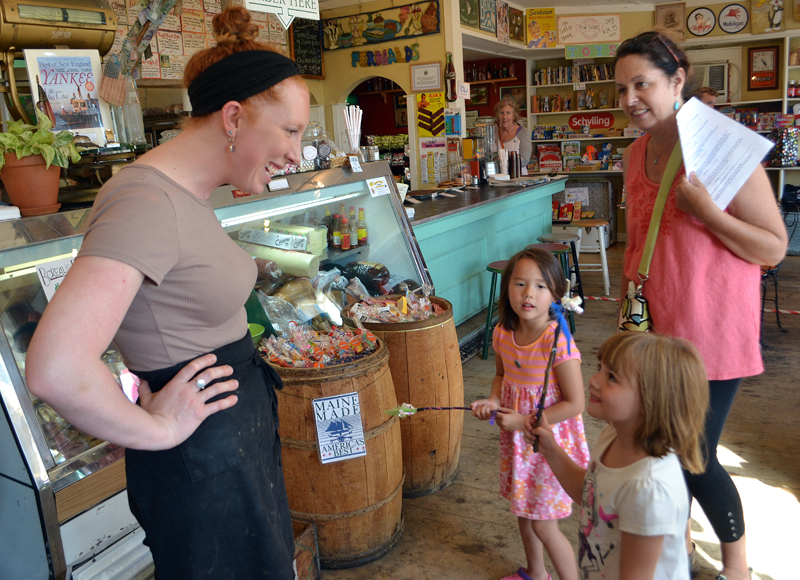 While at the library, visitors could build their own wands and complete other activities. The centerpiece of the event was a scavenger hunt, in which participants solved clues leading to destinations in downtown Damariscotta. Once there, the participant had to find a magical item alluded to in the clue.

“One of the things we really want to focus on is getting library events outside of the library to broaden our reach beyond the building and out into the community,” DeLisle said. “Something as simple and as silly as a scavenger hunt really helps to bring the community together and encourage people to work together.”

Similar all-ages events, including film clubs and game nights, will take place throughout the year. Skidompha will also start a new lecture series called “The Reference Room,” which will focus on useful topics for adults, such as how to write a resume, plan meals, and prepare for an interview.

A full schedule of events will accompany the library’s fall appeal letter and will soon be available at skidompha.org.

The library asks anyone who would like to lead a club, give a talk, or otherwise donate time or resources to contact DeLisle at tdelisle@skidompha.org.