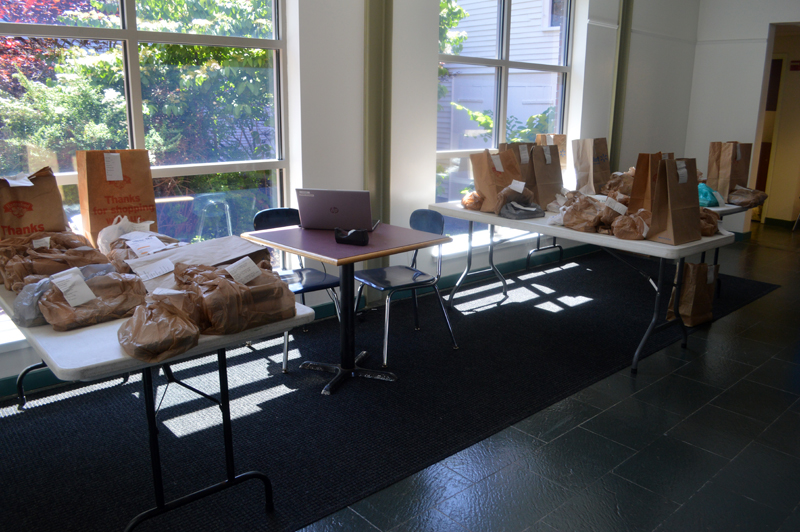 Skidompha Library, of Damariscotta, reopened for curbside pickup of books, DVDs, and other materials Tuesday, June 16. The library had been closed since mid-March to prevent the spread of the coronavirus.

During its closure, the library continued to offer public Wi-Fi so community members could use the internet on library grounds. The staff maintained an active presence on Facebook, posting links to educational websites and videos of children’s librarian Jessie Trafton reading picture books.

Executive Director Matthew Graff said that while the library has no immediate plans to open its doors for in-person browsing, he and his staff may consider doing so once safety guidelines have been more firmly established.

“We are going to proceed cautiously,” Graff said. “This is going to be a slow process going forward.”

In the meantime, patrons can order books on the library’s website, by phone, or even by email. Librarians will work to prepare orders inside the library, then place the books on a table by the back door for patrons to pick up at an agreed-upon time. Once returned, library books will be quarantined for 72 hours before they are available for borrowing again.

The Skidompha staff has been able to continue much of the library’s programming, including mindfulness workshops and poetry circles, with the videoconferencing program Zoom.

Other programs, like young adult and children’s reading groups, are still being adapted by library staff, and Graff advises patrons to stay tuned.

Graff reported that, in the first days of its launch, the curbside service was met with wide and resounding enthusiasm from local residents.

“It’s really heartening to see these orders coming in,” Graff said. “Not to sound hokey, but it is kind of heartwarming that our library still holds such a place in peoples’ hearts.”

The pandemic has posed some financial difficulties for the library, which relies on funds raised during an annual spring campaign and  sales from a secondhand bookshop, which remains closed.

Graff described the library’s current financial situation as “painful,” but is hopeful that a fundraising campaign in the fall or late summer might help cover some of the spring’s losses.