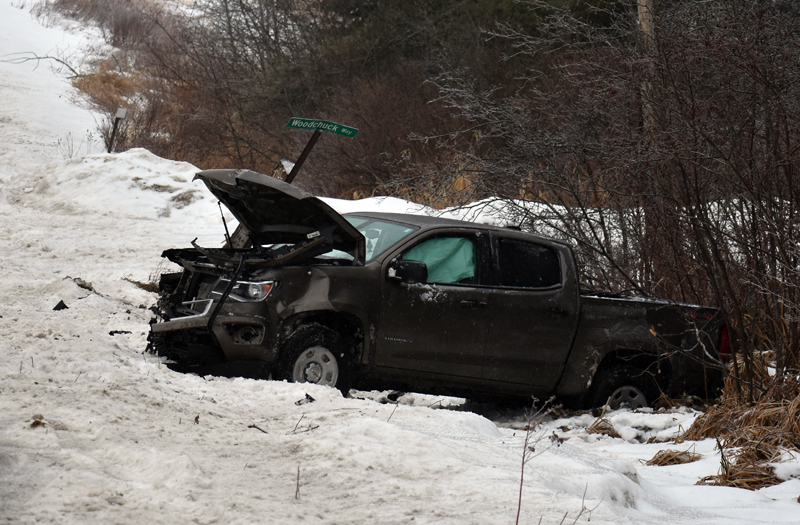 A Chevrolet pickup went off Route 32 in Jefferson after the driver lost control of the vehicle due to icy road conditions, according to Lincoln County Sheriff’s Deputy Kevin Dennison. (Alexander Violo photo)

A pickup went off the road on Route 32 in Jefferson with freezing rain creating slippery road conditions the morning of Tuesday, Jan. 23.

According to Lincoln County Sheriff’s Deputy Kevin Dennison, the Chevrolet pickup was traveling south on Route 32 in the vicinity of Woodchuck Way when the driver attempted to apply the brakes and lost control of the truck.

Dennison said the vehicle crossed the centerline and struck a road sign before coming to rest on its side on the northbound side of the road.

Dennison said Jefferson Fire and Rescue arrived on scene first and assisted the driver out of the vehicle.

Jefferson Fire Chief Walter Morris said that when firefighters and first responders arrived, the pickup was on its side. “Our initial effort focused on stabilizing the vehicle before we proceeded to assist the driver,” Morris said. 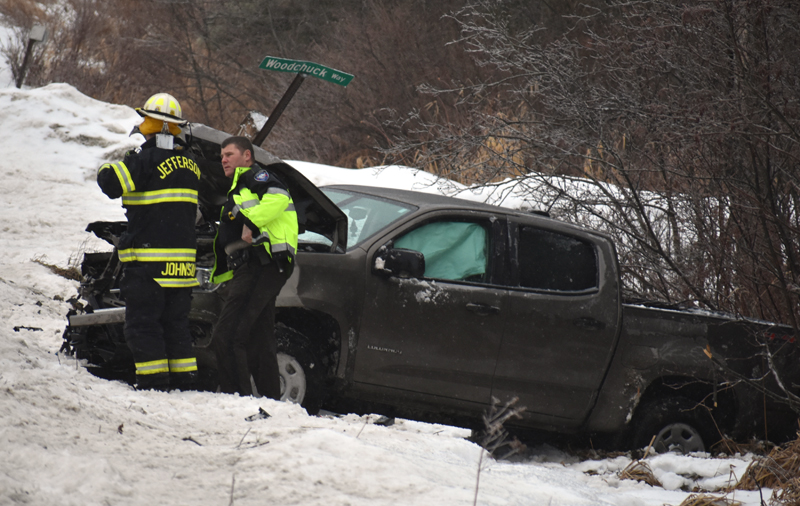 A Jefferson firefighter and Lincoln County Sheriff’s Deputy Kevin Dennison work at the scene of a single-vehicle accident on Route 32 in Jefferson on Tuesday, Jan. 23. (Alexander Violo photo)

The driver was not pinned, but the department did have to remove a window to help the driver out of the truck, according to Morris.

Morris said the driver was given initial treatment in the department’s rescue vehicle before an ambulance from Waldoboro Emergency Medical Services transported the driver to MaineGeneral Medical Center in Augusta.

The identity of the driver was not immediately available.