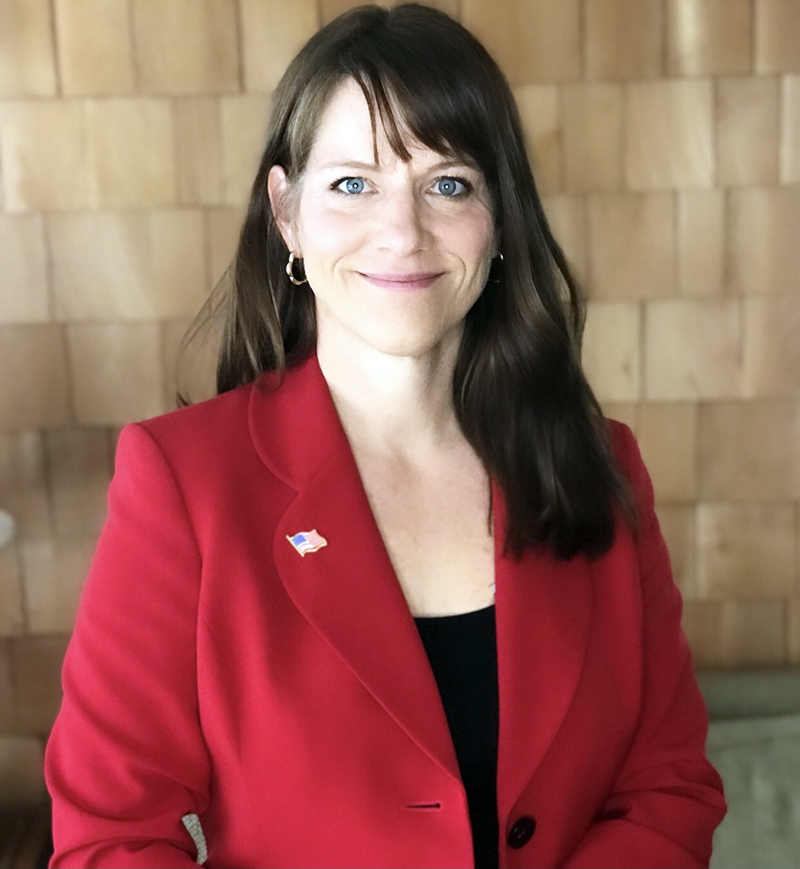 Smith will face Jennifer Tuminaro in the primary election on Tuesday, June 14. House District 62 consists of Hibberts Gore and Somerville, as well as China and Windsor in Kennebec County and Palermo in Waldo County.

Smith has been a resident of Palermo for the past seven years and has a bachelor’s degree in sociology from Gordon College in Massachusetts. She grew up in Hope and is currently a realtor. For the last eight years, Smith has been flipping houses with her husband.

Smith’s motivation to run comes from wanting to make Maine a place of career opportunity.

“I saw that Maine needed to kind of re-center itself and become a state that my children could stay in,” Smith said. “Right now I see it as a state that they would not find a career in and be able stay here for years to come and it concerned me.”

Smith referenced an article published by CNBC in June 2021 that ranked Maine 48th in the nation for business. Maine was given an F rating in infrastructure, workforce, technology and innovation, and access to capital. Maine was also given a D rating in cost of doing business, economy, and cost of living.

Smith doesn’t have a preference for a specific industry she would like to bring to Maine. “Anything that will give us high paying or reasonable paying jobs and bring us health care,” said Smith.

Smith said that bringing in high paying career jobs will help people be able to afford the rising prices of homes.

Smith acknowledged that the market is “crazy” and they are not in the price range for people starting out, but said that people from outside the state with decent jobs can afford these houses and reiterated bringing those jobs into Maine.

Smith said she would not have voted for the recent affordable housing bill known as L.D. 2003, which passed the Maine legislator with bipartisan support and was signed by Governor Janet Mills on April 27.

“That affordable housing act gives power … to federal and state government and takes away from the towns,” said Smith.

Education is another issue Smith would like to address as a representative. She expressed concerns about social issues being taught in elementary schools and wants to give parents a choice in choosing their children’s education.

“I think that school has become a place that is not solely focused on education. Just get back to reading writing and arithmetic, and take the social aspect at least out of our elementary school,” Smith said.

Smith is a supporter of school choice, which would provide parents with a tax credit to send their child to a private or public school of their choice. Smith said she would use the funding provided for public schools instead of raising revenues through other sources.

“I personally hate to see people leaving our community schools,” Smith said. “I think (public) schools need to make a choice. If they don’t want to see their kids leave and go to private schools they need to start changing their curriculum so children will stay.”

A new environmental concern in Maine is perfluoroalkyl or polyfluoroalkyl substances, known as PFAS, which are manmade chemicals that break down very slowly and are persistent in the environment.  Smith acknowledged the issue and wanted to see more testing available to people so they are not drinking contaminated water.

“There are many people taking the side of who to sue and who to pay for all this. I don’t think I have an opinion on that yet. I would like to see some of the truth of where it came from and who approved it,” Smith said.

The state primary is Tuesday, June 14. The winner of Republican primary will face Pamela Swift, D-Palermo, in the general election on Tuesday, Nov. 8.