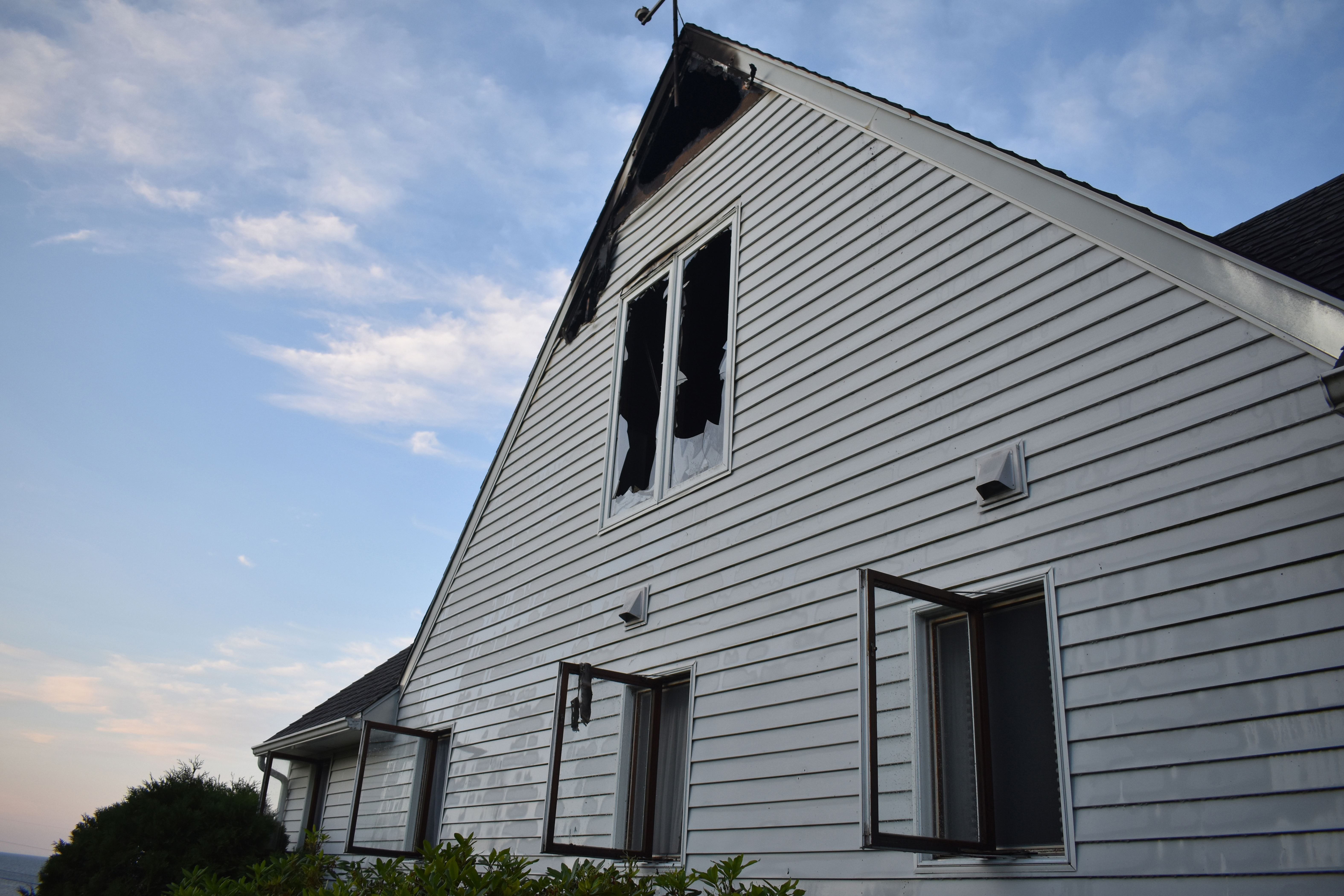 Fire damage is visible on an upper level of a home near Pemaquid Point in New Harbor early Monday, July 15. (Alexander Violo photo)

Bristol Fire Chief Paul Leeman Jr. credits smoke detectors with the safe exit of a family of four from a home near Pemaquid Point after a fire broke out early Monday, July 15.

There were no injuries in the fire at 34 Pemaquid Loop Road in New Harbor, according to Leeman. “The smoke alarms woke the family up and they were able to get out OK,” Leeman said.

The family was renting the home in an area of Bristol popular with seasonal residents and vacationers.

Leeman credited the first firefighters to arrive with preventing the fire from spreading throughout the house.

“The first crews on scene did a great job knocking the fire down,” he said.

The fire spread to part of the roof, but was mostly contained to a bathroom, according to Leeman. The house sustained smoke and water damage in addition to the fire damage in the bathroom.

After extinguishing the fire, firefighters were using fans to air out the home and were monitoring the air quality in the building.

An investigator from the Maine State Fire Marshal’s Office determined that the fire was accidental, according to Leeman. It is believed to have been electrical in nature.

The Central Lincoln County Ambulance Service responded to the scene and the Nobleboro Fire Department provided station coverage for Bremen. 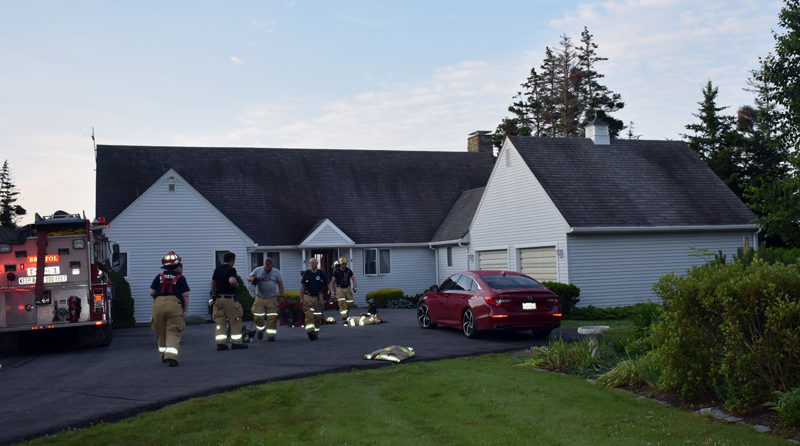 A house at 34 Pemaquid Loop Road in New Harbor was damaged in a fire early Monday, July 15. (Alexander Violo photo)