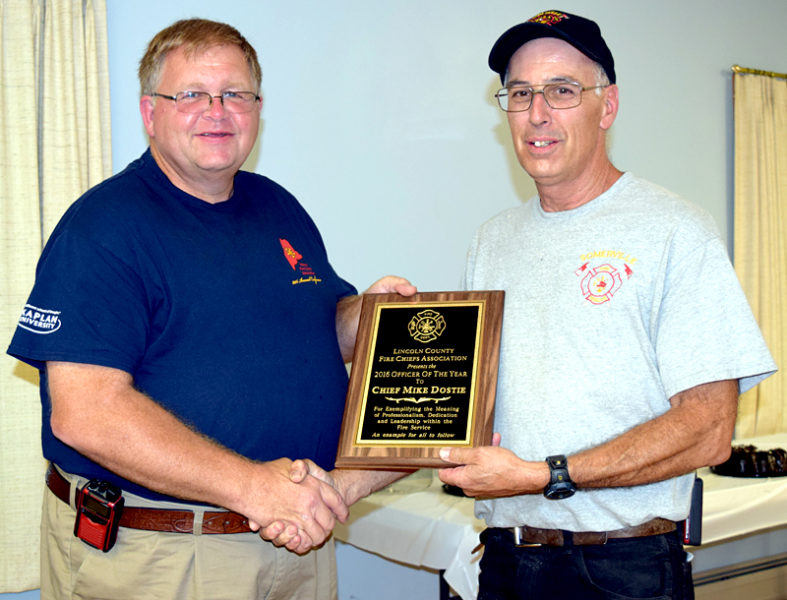 Somerville Fire Chief Mike Dostie’s hard work with scarce resources has earned him the Officer of the Year Award from his peers in the county.

Dostie does not receive any compensation to serve as chief, which makes him “truly a volunteer (in) every sense of the word,” according to his nomination by Mike Martin, a former Nobleboro fire chief and member of the association’s board of directors.

“He is highly respected by everyone (and) goes above and beyond the call of duty,” Martin said.

The award recognizes an officer who “truly exemplifies the meaning of professionalism, teamwork, and leadership within the fire service, an example for all to follow,” according to the association’s award criteria.