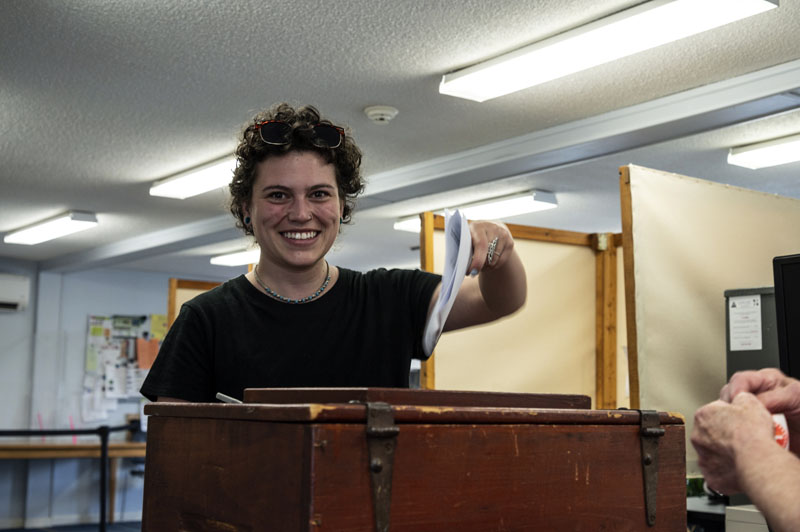 Deborah Myers, who ran unopposed for a three-year term on the RSU 12 Board of Directors, received 129 votes. She will replace Frank Hample, who did not seek reelection.

Voters approved all 24 articles on the ballot for the annual town meeting by referendum.

Voters decided to start saving for fire truck purchases with an initial appropriation of $10,000 into a reserve fund. Town officials plan to add funds each year, with the intent of having cash on hand for matching grants when a new truck is needed. The vote was 78-60 in favor of funding the reserve account.

Voters supported the establishment of a five-member municipal broadband board in the event that the town successfully secures a ConnectMaine grant to build a town-owned broadband network. The board would oversee franchise agreements with internet service providers, including performance requirements, and would manage broadband funds.

“Tuesday’s vote showed that the people of Somerville value their voting rights by turning out in good numbers to approve the town’s budget and elect officers,” Johnson said in an email Wednesday, June 9.

“I look forward to Somerville returning to in-person town meetings and hope that when we do, everyone is just as interested in participating in the process,” Johnson said. “It will likely be a bit of a celebration of doing things together again after the past year.”