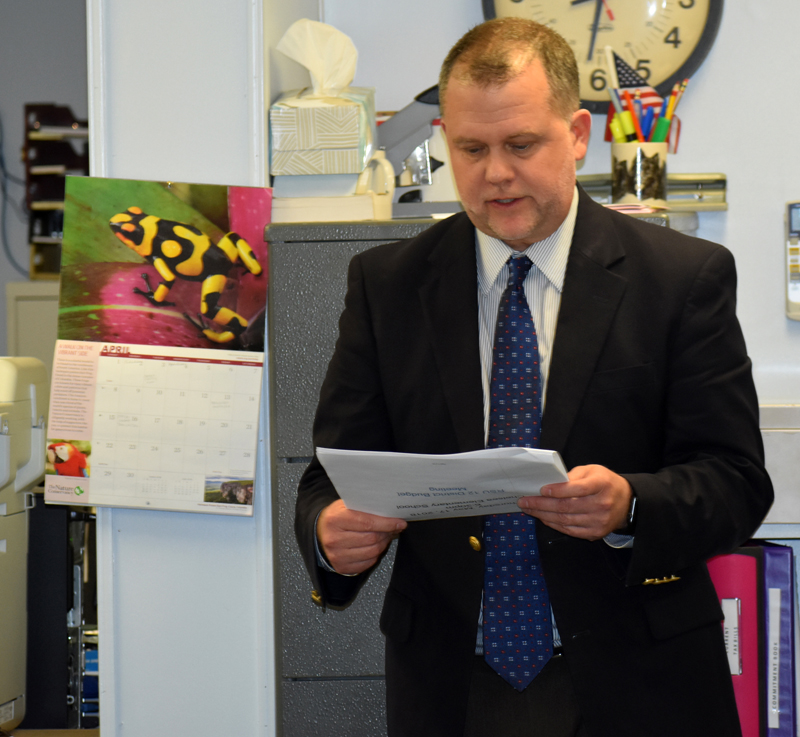 Somerville will begin the 2018-2019 school year with its highest student population since the 1980s, according to a selectman.

Tuttle attributed the budget increase in part to an increase of students throughout the district, including in Somerville, which currently has 76 students.

The district as a whole added about 50 students, according to Tuttle.

Tuttle said the student count data from the state funding formula is based on the average of the last two years, meaning the school district will receive subsidy for 26 additional students.

Selectman Darlene Landry said the current enrollment of Somerville students is the highest in recent memory.

The increase in enrollment led to the need for an additional teacher and will affect tuition costs for secondary education students. RSU 12 does not have a high school, so it pays tuition for all students in grades nine through 12 to attend the high school of their choice, according to Tuttle.

Tuttle said a grant used to start the district’s pre-K program is going away and the district will have to raise funds from taxpayers in the future.

“We have one more year of the grant, but we’re ramping up our contribution so there isn’t a huge cliff,” Tuttle said.

Tuttle said the $140,000 cost of the pre-K program is reimbursed to the school district via a subsidy.

“The program pays for itself. We get a subsidy per student,” Tuttle said.

The increase is due in part to the reduction of “local entitlement” grant funds from the federal government, according to Tuttle.

Tuttle said the RSU 12 Board of Directors is proposing the addition of a social worker, a cost of $50,000. Last year, the district contracted an agency for the services.

Board member Chris Johnson, of Somerville, said a portion of the $50,000 was already in the budget, as it will replace the district’s spending on the contracted services.

“I think it is a good safety precaution and most schools have safety cameras on all their buses,” Tuttle said.

Tuttle said the district is looking to make changes in its food service. One goal is to move away from frozen and prepackaged food.

In order to serve fresher food, the district will need additional staff to meet requirements set by the U.S. Food and Drug Administration. Specifically, it will need a nutrition and wellness director at a cost of $40,000.

“I hope food will be healthier, fresher, and better, and hopefully the staff will buy more and generate more revenue. I think it will benefit everyone all around. I’m optimistic and hope the local contribution will go down in the future if we can generate more sales,” Tuttle said.

Tuttle discussed other district-wide costs, including a loan payment for roof replacement and generators totaling $46,000.

Tuttle said the roof replacement requires a referendum vote, while the generators are considered a lease-purchase.

Before the conclusion of his presentation, Tuttle talked about the town’s state-established valuation and the subsidy it will receive from the state.

Tuttle estimated that the 4.25 percent increase in Somerville’s share of the district’s budget would have an impact of $0.50 on the town’s mil rate.

Members of the public asked about how each member town’s subsidy is determined.

According to Johnson, the subsidy each municipality receives is affected by valuation.

“The lower the valuation, the higher the receiver will be for subsidy,” Johnson said.

Tuttle said subsidy is used to assist towns in covering the costs of education.

“If a town doesn’t generate enough revenue to educate students, that’s when you start to see subsidy,” Tuttle said.

Voters from the seven towns in RSU 12 – Alna, Chelsea, Palermo, Somerville, Westport Island, Whitefield, and Windsor – will consider the budget during an open meeting at the Chelsea Elementary School at 6:30 p.m., Thursday, May 17. If they approve the budget at the open meeting, it will go to a budget validation referendum Tuesday, June 12.