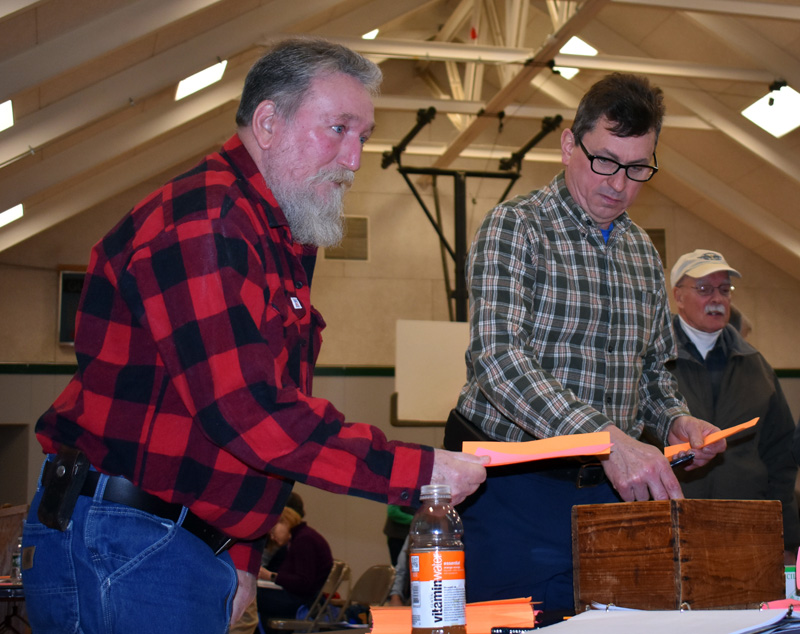 Somerville voters adopted rules for marijuana businesses, decided to go back to electing their road commissioner, and approved a broadband grant application and debt refinancing during a special town meeting Saturday, March 7.

The vote in favor of the marijuana ordinance was 49-15, by secret ballot.

According to planning board Chair Jim Grenier Sr., the ordinance will allow four retail marijuana businesses in town, two medical and two recreational. It will also allow other types of businesses, like cultivation, manufacturing, and testing facilities.

The ordinance restricts the businesses to commercial zones, according to Jim Grenier Sr., who said these areas include portions of Route 17 and Route 105.

According to First Selectman Christopher Johnson, the town’s comprehensive plan encourages business activity in those areas.

Deb Myers, a resident, spoke in favor of the ordinance.

“If we want to keep Somerville a rural and agriculture farm community, no matter what your personal beliefs are, if you smoke marijuana or not, we have an opportunity to bring more businesses in and I support the idea,” Myers said.

Voters then authorized the board of selectmen to refinance the town’s roadwork debt through the Maine Municipal Bond Bank or a private lender, as long as the new interest rate is lower than the 3.2% the town is paying to Camden National Bank.

According to Johnson, the town could save approximately $33,000 by refinancing. The Federal Reserve’s recent cuts to interest rates could result in additional savings. 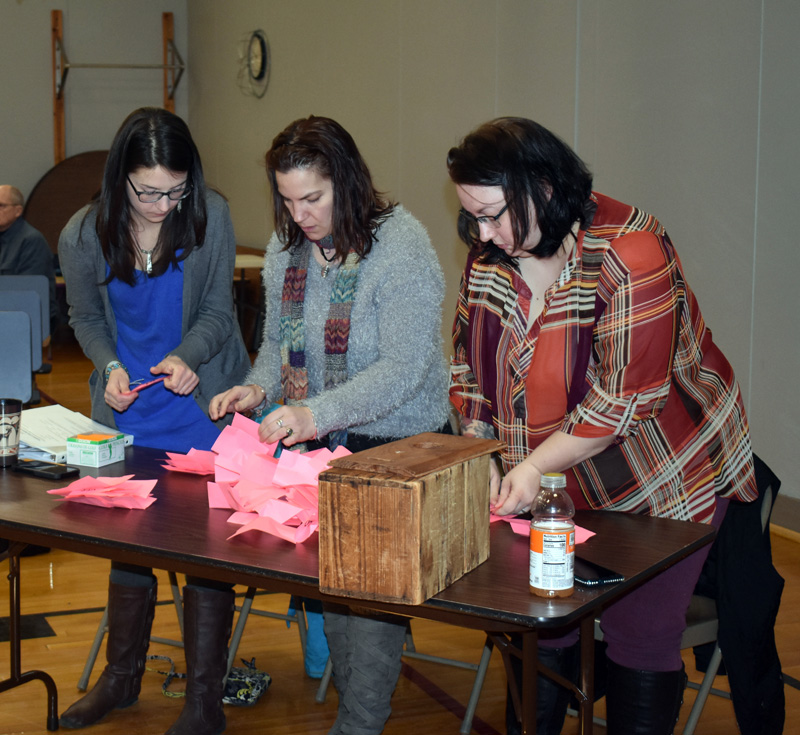 The Maine Municipal Bond Bank is projecting an interest rate of 1.15% in the first year of a seven-year bond, rising to 1.43% by the last year, according to Town Treasurer Maria Greeley.

First National Bank is offering an interest rate of 2.29% for a seven-year loan.

Voters next authorized the town to apply for a U.S. Department of Agriculture ReConnect Rural Broadband grant to finance 75% of the costs of bringing a municipal broadband network to Somerville.

If Somerville secures a grant, it plans to partner with Axiom Technologies LLC, of Machias, to build out and manage the town-owned system.

Mark Ouellette, president and CEO of Axiom, said the company would work to bring world-class broadband to every home in Somerville.

According to documents from Ouellette, internet service would range in price from $69.99 to $109.99 monthly.

Ouellette said the process would take time and if the town gets a grant, installation would likely take place in the summer of 2021, with homes receiving service in the fall of 2021 if all goes well. 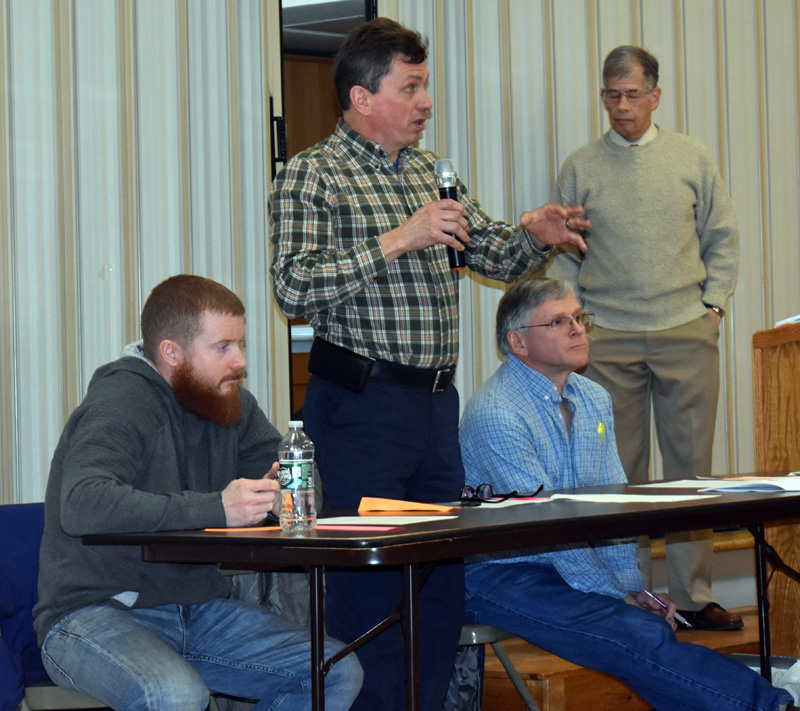 “If we had to come up with twice that much, we probably wouldn’t be able to do it,” Johnson said.

According to Johnson, the idea to pursue a municipal broadband network stemmed from Monhegan’s successful grant application to bring high-speed internet to the Lincoln County island. 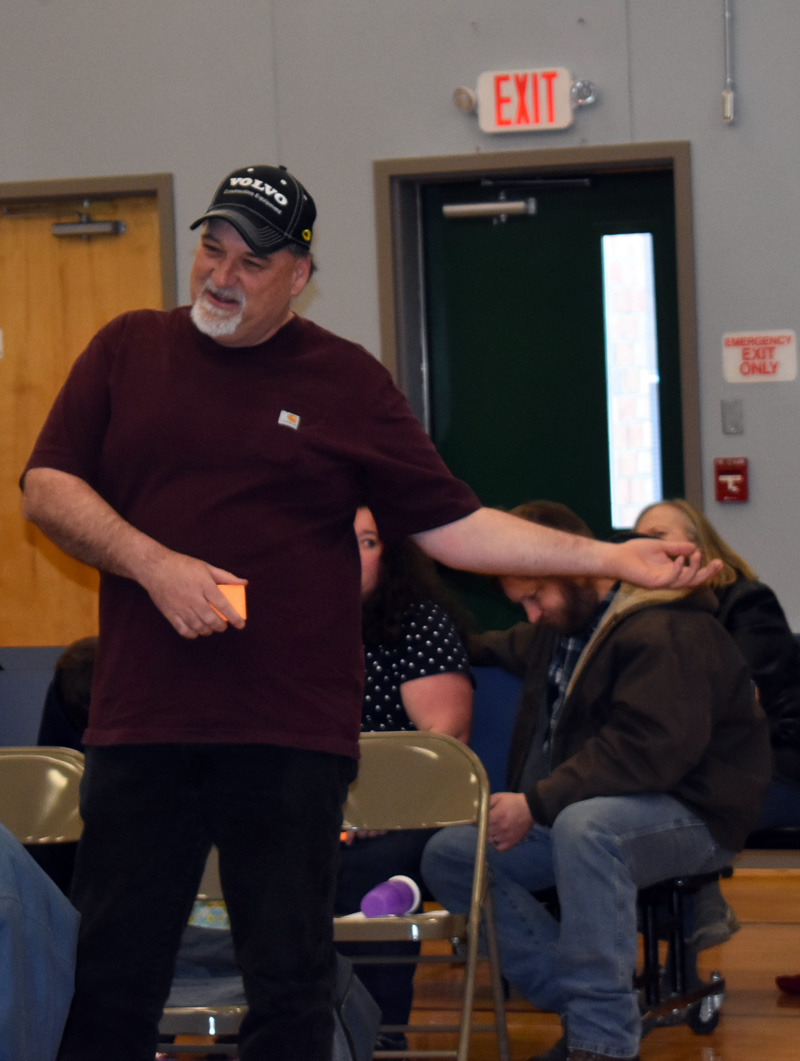 Voting followed substantial discussion on the issue, with residents speaking for and against the move.

Proponents of the change said voters should be able to remove ineffective commissioners at the ballot box.

Supporters of the status quo said that without a town charter, the selectmen would lack the authority to remove a road commissioner between elections.

Doug Shartzer said it might be worthwhile to look into a charter for Somerville.

Ralph Turner, a former road commissioner, spoke in favor of electing the position.

“This puts power back in the hands of the people instead of the three selectmen,” Turner said.

The article came to the special town meeting by way of a citizen’s petition from Claudia Fujinaga.

According to Johnson, the warrant article was effectively a straw poll, since the petition did not include necessary language on the term of the elected position.

A second warrant article proposed to set the term at one year. John Bergen offered an amendment to make the term two years, but the amendment failed. The original article passed 30-23.

The day’s final warrant article saw residents support the selectmen’s ability to enter into a power-purchase agreement with Sundog Solar LLC if they and the town’s attorney determine the agreement will save the town money on utility costs.