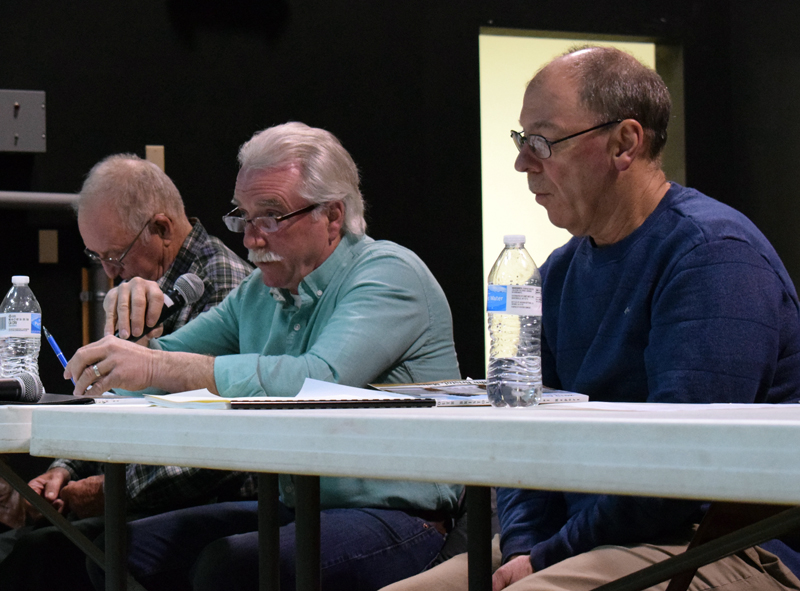 About 55 South Bristol voters approved their education and municipal budgets, including a new prekindergarten program, during annual town meeting at South Bristol School on Tuesday, March 10.

There was some discussion about transfers totaling $570,000 from the town’s investment earnings.

Voters approved transfers of $240,000 to reduce the tax commitment for the upcoming year, $210,000 to pave town roads, $75,000 to replace the SBS rooftop heating unit and rewire the generator system, $25,000 for the Ann Wilder Stratton Award scholarship fund, and $20,000 for repairs to the town office roof. 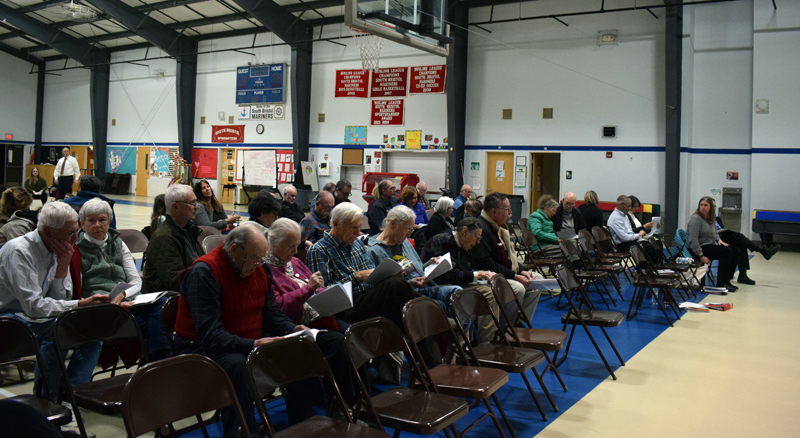 Chester Rice, chair of the board of selectmen, said the board plans to pave Ridge Road, Sproul Road, and the remainder of Split Rock Road, and add a 2-foot shoulder to all new paving.

The selectmen said about $300,000 was transferred out of the earnings account last year for various expenses.

The award grants $1,250 per semester to each eligible student. Plummer said there were 15 or 16 participants this year.

The topic of the new coronavirus came up and the selectmen were asked if SBS is a dedicated emergency center. Lincoln said it is. 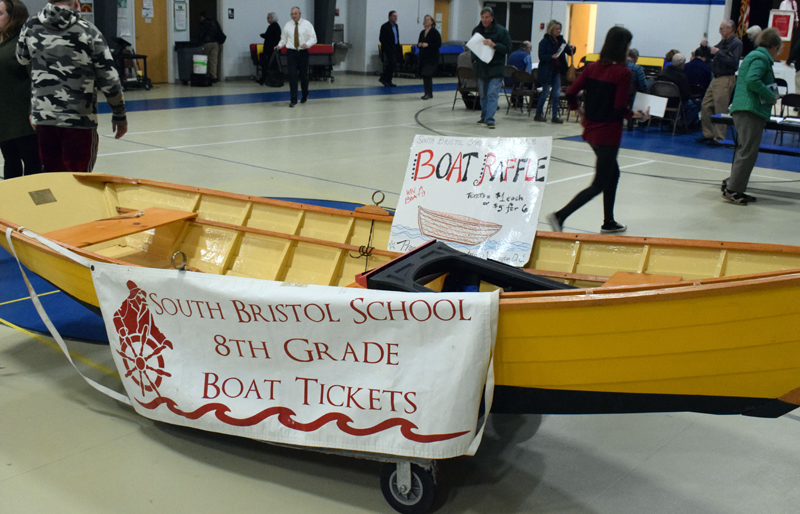 Factors in the overall increase of the municipal budget include a $22,000 hike for snowplowing, a $14,962.50 rise in the town’s contribution to the Central Lincoln County Ambulance Service, and a $9,000 increase for an upgrade to the computer system in the town office.

Lincoln said CLC Ambulance assured the selectmen that this should be the last year of sharp increases in requests from the service.

During a short break, SBS students raffled off a boat built by the previous year’s eighth grade class. David Poland won the boat.

Eighth grader Willis Colby IV spoke to the crowd about the importance of the boat-building project to students and thanked the town and school for supporting it.

“Each week, our class learns not only how to build boats, but also how to work as a team. We’ve learned a lot of vocabulary terms and learned how to apply math concepts to real-life examples,” Colby said. 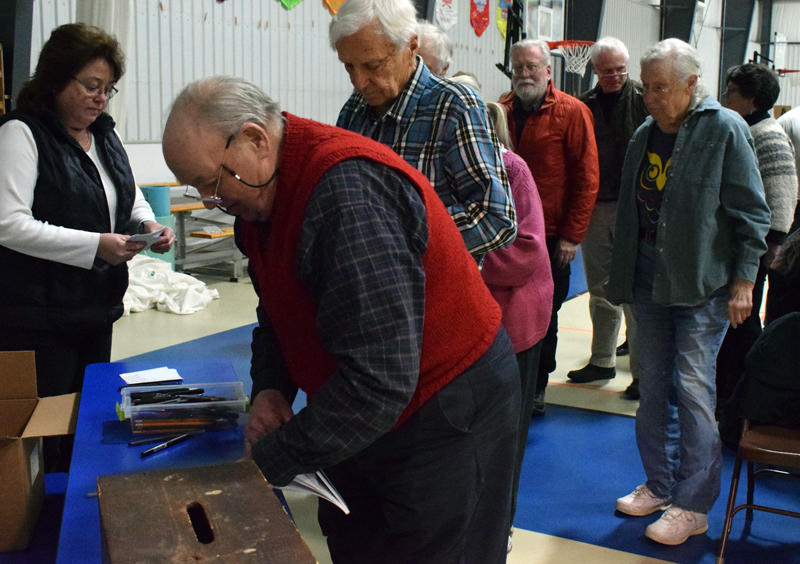 According to the Jan. 30 newsletter from South Bristol School, most of the increase stems from a new prekindergarten program, more guidance support, a hike in South Bristol’s share of AOS 93 special education programs, additional funding for hot lunch, and facility upgrades.

Sara Mitchell, chair of the school committee, said pre-K will be federally mandated in the 2023-2024 school year and there is currently a lot of interest in a pre-K program in South Bristol.

Mitchell said there is the potential for 11 kids to enroll in the first year of the pre-K program.

During the election portion of annual town meeting, Monday, March 9, voters reelected Rice to the board of selectmen and Robert Emmons to the school committee. They also elected two new members of the school committee, Normand Saucier and write-in candidate Nicholas MacPhee. Each candidate was unopposed.

The officials were sworn in after the conclusion of the town meeting.

During the open portion of town meeting, on Tuesday, Peter MacCready was reelected to the budget committee.