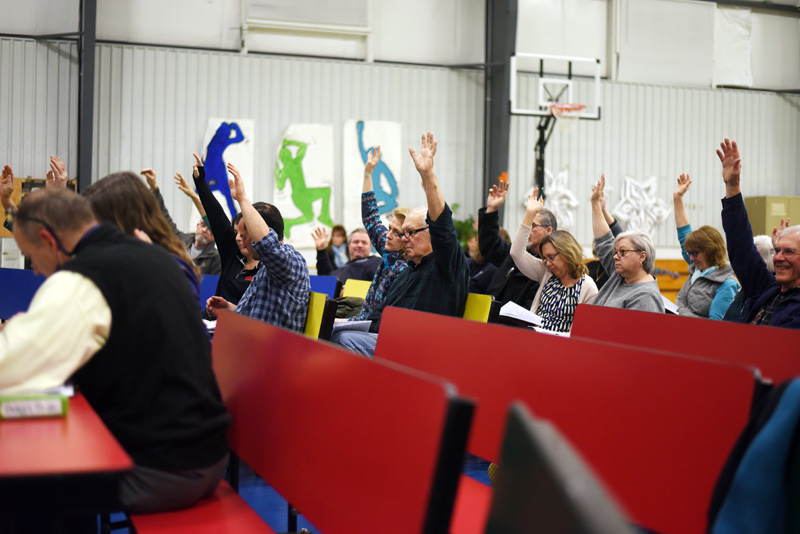 Around 40 South Bristol residents approved a 43-article warrant in the span of about an hour and a half during the annual town meeting Wednesday, March 14 at South Bristol School.

An article authorizing the selectmen to appropriate from the Stratton Earnings and Dividend Account the sum of $75,000 for a veterans memorial passed with little discussion.

The veterans memorial will be located at the flagpole in front of the West Bristol Cemetery in Walpole, according to South Bristol Board of Selectmen Chair Ken Lincoln. It will be made up of three stones, with the center stone honoring World War II veterans, and the other two stones honoring veterans from all other wars.

One resident asked, during a brief discussion about the recommended $104,075.86 transportation budget, if South Bristol School has a yearly contract with the bus company.

“We have a contract for five years, and we are now on year three,” Principal Scott White said. 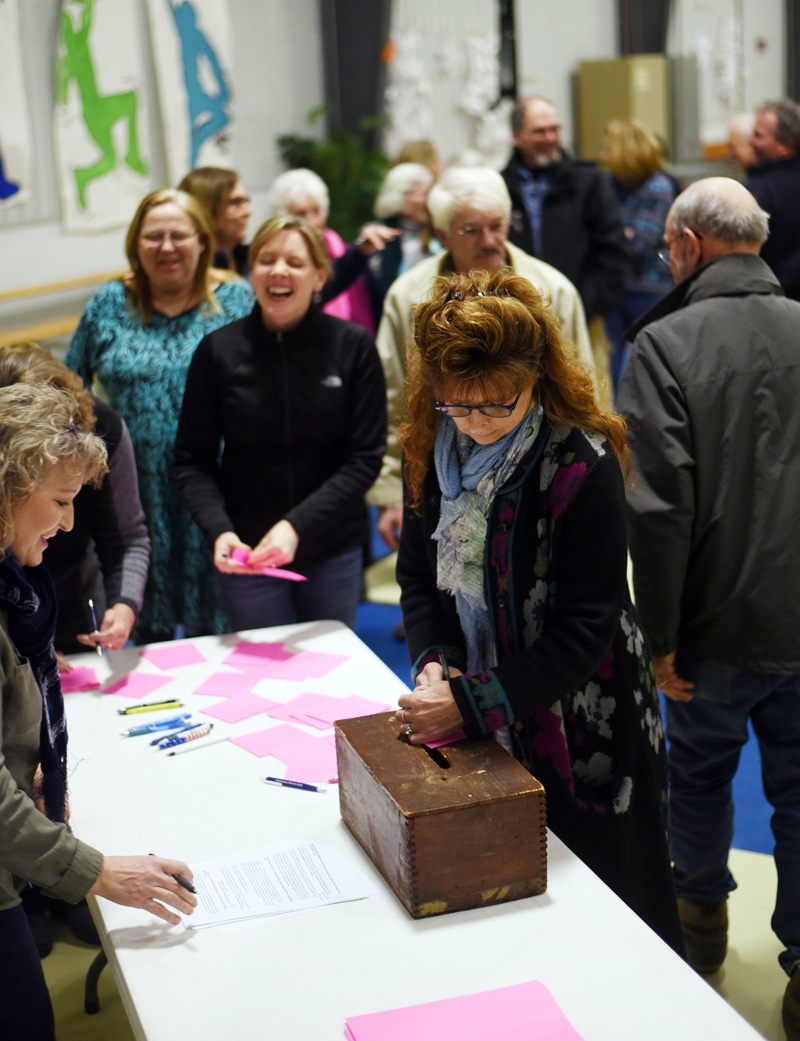 The budget increase is the result of small increases in several areas, including town insurance, winter road maintenance, and building and equipment maintenance.

The selectmen announced that Thurlow “Sonny” Leeman had been chosen as South Bristol’s recipient of the Spirit of America Award. The award honors community service.

Selectman Chris Plummer read a statement, saying Leeman joined the South Bristol Volunteer Fire Department in 1958 at the age of 17. He served as the fire chief for 24 years, from 1978-2002, and after retiring from the position, served as assistant chief until 2011. He has served as the town’s fire warden for more than 30 years, and still responds to calls.

Leeman was unable to accept the award in person, as he is in Florida.

“We wanted to thank you guys for supporting the class,” White said at the meeting.

The raffle was won by Scott Dodge.