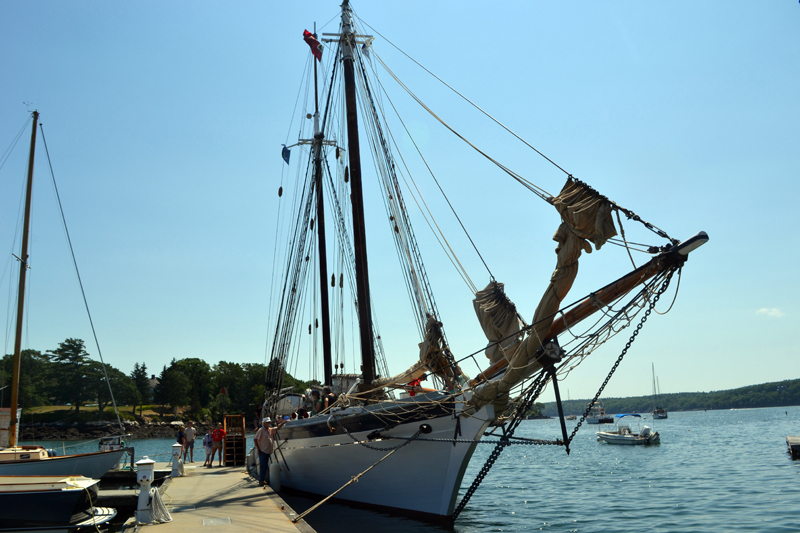 On Tuesday, Aug. 1, the schooner Harvey Gamage made a quick stop back home at Gamage Shipyard in South Bristol, where the late South Bristol shipbuilder built the vessel in 1973.

Harvey Gamage, the shipbuilder, owned and operated the Gamage Shipyard from 1924 until his death in 1976. He and his crew built more than 288 boats in those 52 years.

Many showed up for tours of the vessel, live music by The Rusty Hinges, and a presentation by the South Bristol Historical Society on the schooner and the shipyard.

The Harvey Gamage spends its summers in Maine, where it hosts educational programs. Students in the programs learn about the Maine coast and its impact on the economy.

Before Ocean Passages, Ocean Classroom Foundation Inc., of Damariscotta, owned and operated the Harvey Gamage, but the nonprofit dissolved in August 2014 for financial reasons.

After a 14-month, million-dollar overhaul to the Harvey Gamage at Portland Yacht Services, Ocean Passages LLC now uses the schooner for multiple programs in Maine and in its winter home of Cuba. 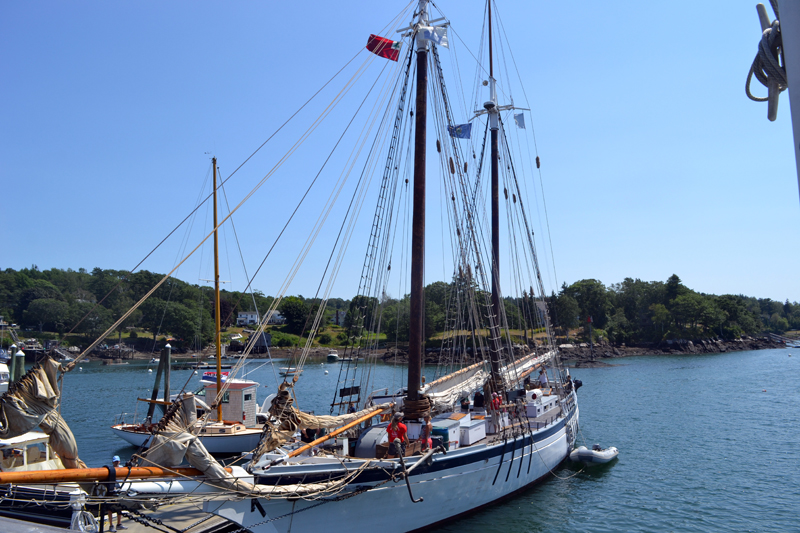 Its current program is a collaboration with the Baxter Academy for Technology and Science. The program, Science and the Sea, runs from July 22 to Aug. 5.

According to the Ocean Passages website, the program is available for Maine high school students ages 15-19, including those without prior sailing experience. Students are responsible for all duties that come with running a ship, from watch shifts to night navigation.

Other recent stops for the students on the Damariscotta River include the University of Maine’s Darling Marine Center in Walpole and the Bigelow Laboratory for Ocean Sciences in East Boothbay, as well as oyster farms.

The students have met academic experts, marine researchers, and local businesses that depend on the Maine coastline, such as lobster hatcheries and seaweed farms.

The schooner’s stop in its hometown was special. Dozens of people went to the event, including people whose family members worked on the Harvey Gamage.

Kathy Norwood was sitting on the pier enjoying the view of the water and of people touring the schooner her father, Clifton Poole, helped build. “My father would be so proud,” Norwood said of the ship’s current use as an educational tool. 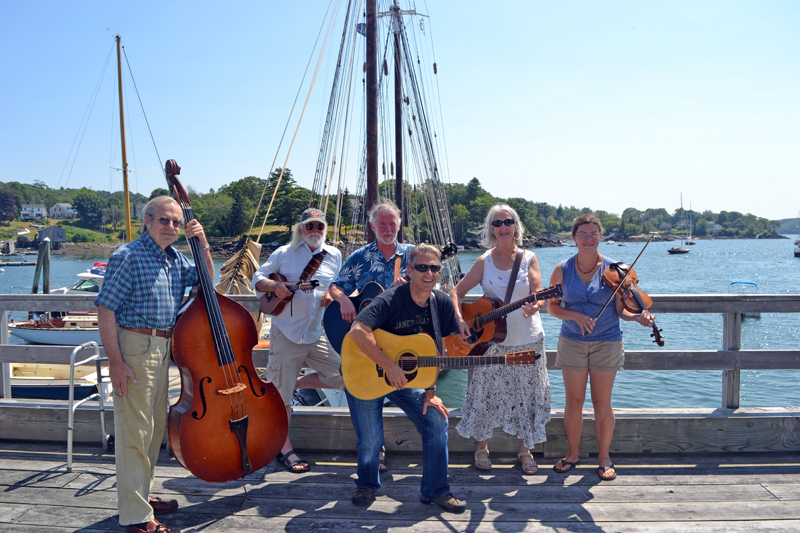 The Rusty Hinges performed at Gamage Shipyard during an event to celebrate the return of the Harvey Gamage on Tuesday, Aug. 1. (Remy Segovia photo)

Norwood can remember when her father would come home excited about the progress of the boat. “I keep thinking of how many planks (my father) put on the boat,” she said. She was happy to see it still in use after 44 years.

The excitement and passion for the boat must be hereditary, because within Norwood’s view, she could see her grandson, Matthew Norwood, giving orders to the crew as the chief of the Harvey Gamage.

As the temperatures drop and the leaves begin to change colors, the Harvey Gamage will make its way down the East Coast and end up on the southern side of Cuba. Students in Ocean Passages’ fall program join the Harvey Gamage on the journey, leaving from Portland in early September. After sailing to Cuba, they fly back to Maine.

For more information about Ocean Passages programs, go to ocean-passages.org.