South Bristol Fire Department and surrounding fire departments responded to a structure fire at the Walpole Barn on Route 129 on the morning of March 30. (Nate Poole photo)

Fire departments from South Bristol, Damariscotta, Bremen, and Bristol responded to a fire at the Walpole Barn at 135 Route 129 in South Bristol on the morning of March 30. 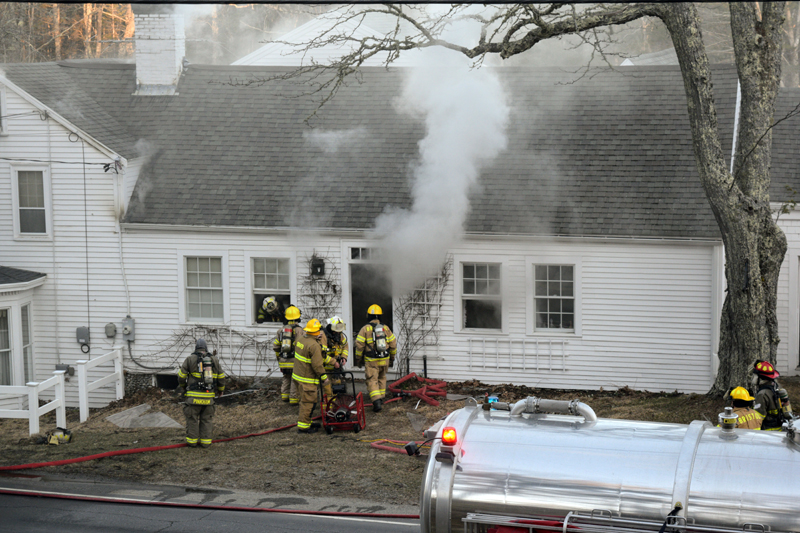 Firemen enter the smoke-filled Walpole Barn building on Route 129 in South Bristol on the morning of March 30. (Nate Poole photo)

At the scene around 7 a.m., smoke appeared to billow from the building’s chimney, the roof’s eves, and the windows and front door. There were no visible flames from the view of the building’s front-facing exterior.

The Lincoln County News will update this story.