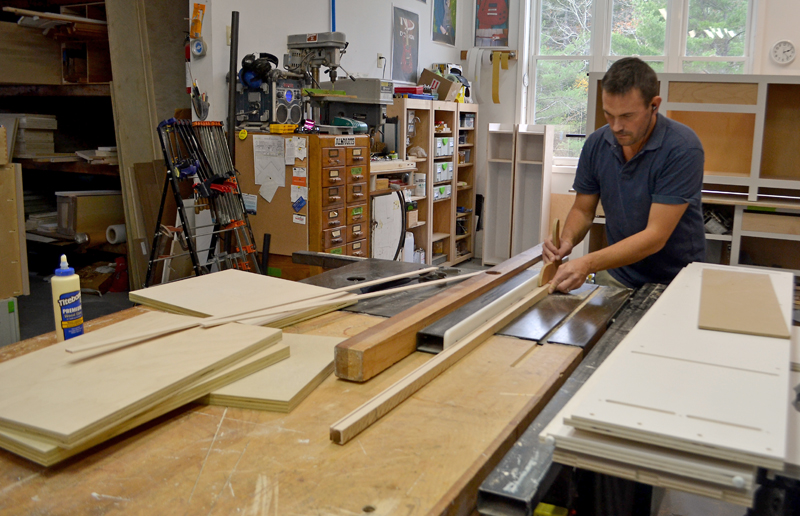 As owner of South Bristol-based JK Custom Woodworking, no two projects are the same for Jonathan “Jon” Kelsey.

Kelsey started working as a carpenter and craftsman in the late 1990s, he said. After high school graduation, he attended Goddard College in Plainfield, Vt., but left soon after.

“I was pursuing sculpture, but it became very clear that it wasn’t what I was meant to be doing,” Kelsey said.

He returned to South Bristol, where generations of his family have lived, and began working at Farrin’s Boat Shop in Walpole. A client gave Kelsey an application for The Landing School of Boatbuilding and Design in Kennebunkport, which he went on to attend.

After working in Nantucket, Mass. for a few years, Kelsey again came home to South Bristol in 2003 and began JK Custom Woodworking, where he builds everything from cabinets to homes.

JK Custom Woodworking’s new workshop in South Bristol is the third incarnation of the business’s headquarters, Kelsey said. Originally the business was in a boathouse on his parents’ property before moving to River Road in Edgecomb. After a while, however, Kelsey tired of the commute and began to consider moving the business closer to home.

On Dec. 16, 2015, he poured the concrete for the workshop at 1700 Route 129 in South Bristol, property that once belonged to his maternal grandfather, Alec Ropes, a “jack-of-all-trades kind of guy” who was also a woodworker, Kelsey said.

“It’s pretty cool to be doing the same thing he was doing on what used to be his property,” Kelsey said. 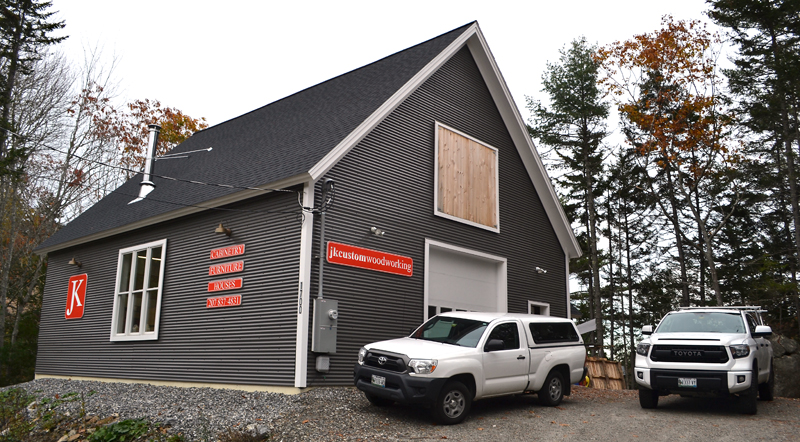 After Kelsey spent close to a year of nights and weekends working on the new building, JK Custom Woodworking officially relocated to its current South Bristol home in the fall of 2016. The building has undergone “constant tweaking” ever since, Kelsey said.

“I set out with the goal to build as close to a perfect working environment as possible, so it’s a work in progress,” Kelsey said.

Kelsey has worked on a wide variety of projects, including fences, gates, furniture, and cabinets. The planning process for each project can vary based on the client, he said.

“Sometimes people come to you with fully engineered drawings. They know exactly what they want and all you need to do is build it for them,” Kelsey said. “Other times you have to work with the customer to find out kind of what they’re looking for. They could have an idea in their head that they don’t know how to verbalize, so you talk it through with them until you have a plan.”

Kelsey has anywhere from three to six projects ongoing at a time, but he’s trying to refine his schedule to only have one focus at a time. Each project could take anywhere from two to six months, depending on how complicated it is.

JK Custom Woodworking also creates custom guitars, some of which are Kelsey’s all-time favorite projects due to the challenges they provide.

“The level of precision is beyond anything else,” Kelsey said. “We’re talking 1,000ths of an inch being the difference between getting it right and having something sound off.” 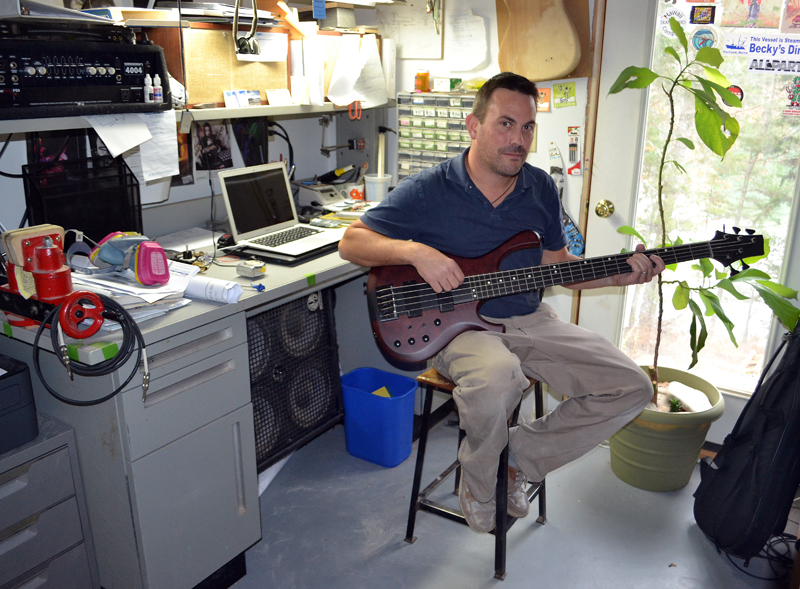 Jonathan Kelsey holds one of the guitars he built at JK Custom Woodworking in South Bristol. (Maia Zewert photo)

While he builds the body of the guitars out of wood, the necks are made from carbon fiber, providing stability to ensure the guitar doesn’t warp in inclement weather, Kelsey said. The finished product is “a perfect marriage between boat building and woodworking,” he said.

In addition to working on guitars on his own, Kelsey also worked part-time for NS Design, a Nobleboro-based company founded by Ned Steinberger. Kelsey spoke highly of Steinberger, whom he has continued building prototype instruments for.

One of the “absolute high points” of Kelsey’s life was when he delivered an NS Design guitar he built to Phish bassist Mike Gordon before a show at Madison Square Garden in New York City in 2012.

Some of Kelsey’s work can be seen at the Newcastle Publick House, which uses some of his discarded guitar necks as tap handles.

Most of Kelsey’s clients have found him through word of mouth, which is “really the biggest compliment,” he said.

“It means that someone who I did work for recommended me, that they loved what I built here and they wanted to tell other people about it,” he said.

“Everything I build, I try to make it the best it can possibly be, because I know my name’s on it, literally,” Kelsey said.

For more information about JK Custom Woodworking, go to jkcustomwoodworking.com or find the business on Facebook.