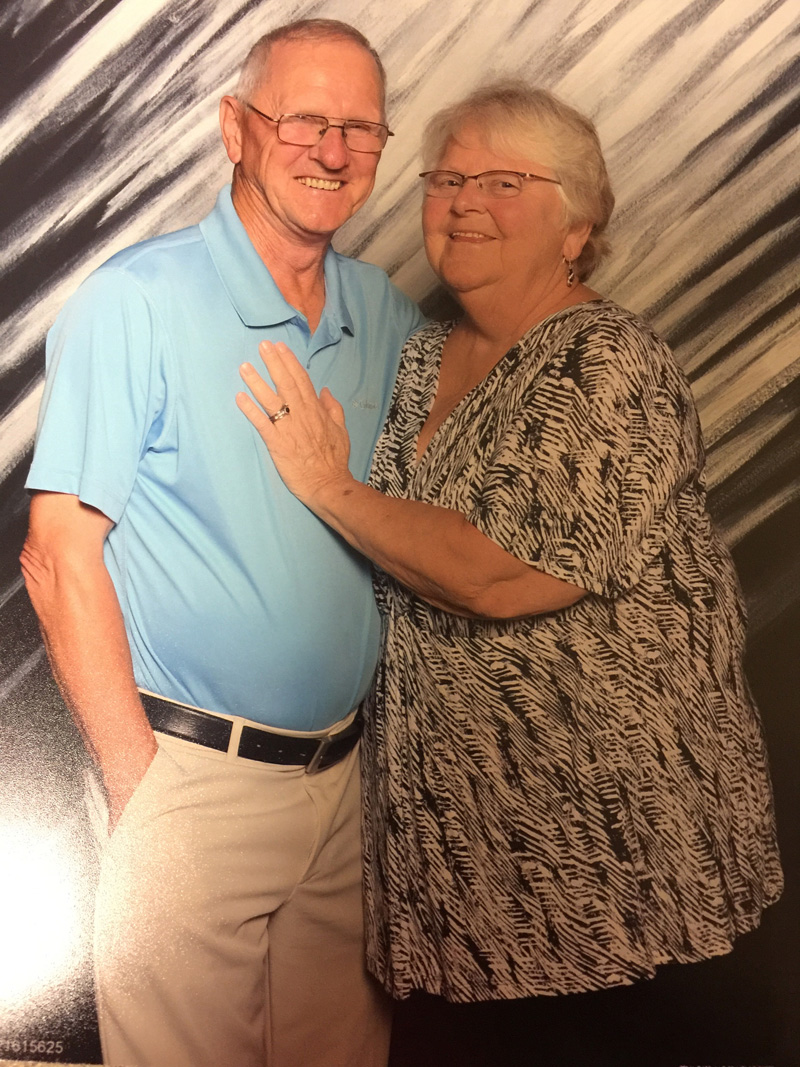 Spear Farms will honor a former employee of its Nobleboro stand, who recently died of COVID-19 in Florida, by renaming the peanut butter fudge it makes with her recipe.

“Barb’s Peanut Butter Fudge,” at the Spear Farms stands in Nobleboro and Waldoboro, will honor Barbara Chubbuck, a seasonal resident of the Midcoast who died April 17.

Barbara Chubbuck, 72, of Kissimmee, Fla., was known for her cooking ability and the ease with which she made her many friends.

“She was a social butterfly. She loved to be around people. … She never had a bad word to say about anybody,” said Jim Chubbuck, one of Barbara Chubbuck’s sons.

Originally from Skowhegan, she moved to Bath as a child and graduated from Morse High School.

Janet Spear, a co-owner of Spear Farms Inc., said Barbara Chubbuck worked 10-plus summers for the family business while summering in Maine.

“She was a real gem and the customers just loved her,” Spear said. “She would joke around with them and have fun.”

Spear said she was sincere and always smiling. She liked to bake desserts and gave Spear the recipe for her blueberry muffins.

However, her peanut butter fudge is the treat that comes to mind first.

“She made the peanut butter fudge for many years for us. She gave us the spoon that she used, and the pan that she put the fudge in, and her recipe,” Spear said.

When the stand opens back up for the season, it will serve Barb’s Peanut Butter Fudge in her honor.

Kay Gilbert, a best friend of Barbara Chubbuck who was her neighbor when she lived in Woolwich, said her kids grew up on her friend’s fudge.

“My kids think of her as a second mother,” Gilbert said.

Spear, who called Barbara Chubbuck “a joy,” said her employee had many friends, including Spear. 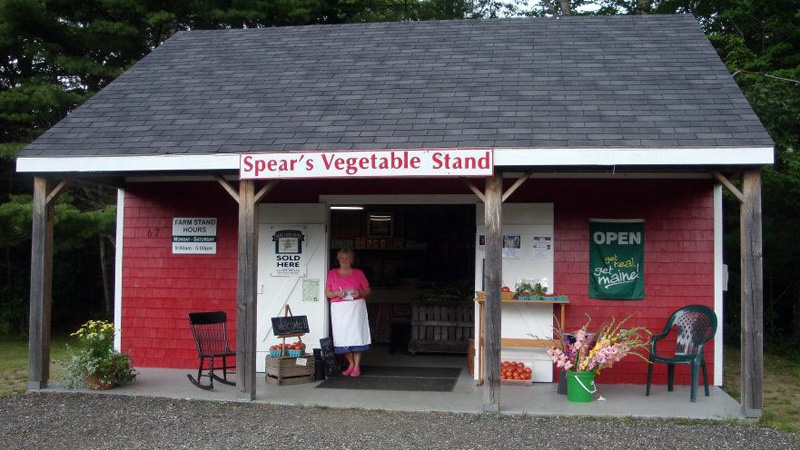 Barbara Chubbuck at Spear’s Vegetable Stand in Nobleboro. She was a baker and clerk at the stand for at least a decade of summers.

Jim Chubbuck and his children, Jada and Jabon Chubbuck, remember the simple times of sitting around a campfire or pool and listening to music. Both grandchildren learned to swim with their grandmother’s help.

Some of Gilbert’s favorite memories are camping with Barbara Chubbuck’s family and others at Town Line Campground in Nobleboro, near the Jefferson line. Their families camped together for about 15 summers.

Gilbert said that Barbara Chubbuck’s house was always open for people to gather.

Barbara Chubbuck was fun to be around, which Gilbert understood from their earliest interaction.

“The first time I met Barbara, she invited me over for coffee. She put a fancy tablecloth on her table,” Gilbert said.

Barbara Chubbuck said something funny and Gilbert laughed, accidentally spilling her coffee on the tablecloth. “That’s the first memory of each other,” she said with a chuckle.

They liked to play cards and bowled every week with other friends. Barbara Chubbuck also enjoyed playing bingo a couple times a week.

According to Barbara Chubbuck’s obituary, she also enjoyed working in her flower garden and spotting birds at her bird feeders. Cardinals were her favorite.

“Everybody loved Barbara. Barbara reached out and touched everybody in some way, just with her kindness and thoughtfulness,” Gilbert said.

According to Gilbert, Barbara Chubbuck first began going to Florida for just a few months in the winter. She and her husband, Jesse “Tiger” Chubbuck, bought a place around 10 years ago and started coming back to Maine only for the summer.

The couple had been married for more than 50 years.

One of the hardest parts of the loss for Barbara Chubbuck’s family was not being able to see her after she was admitted to the hospital, Jim Chubbuck said. Visiting restrictions have been implemented in hospitals to prevent the spread of the virus.

According to the Orlando Sentinel, Barbara Chubbuck’s husband also tested positive for the virus. Gilbert said he was asymptomatic and Jim Chubbuck said that after a two-week quarantine, his father tested negative Friday, May 1.