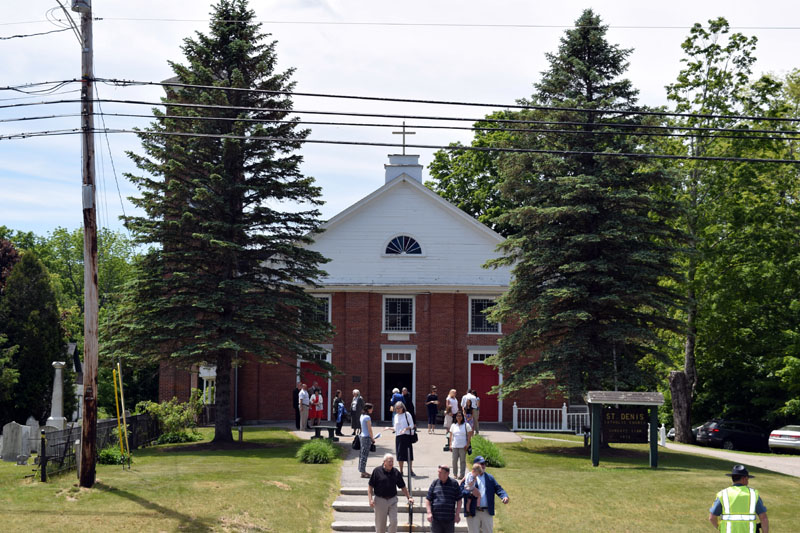 “It’s not every day a church celebrates its 200th anniversary,” said one fifth-generation parishioner present for the anniversary Mass at St. Denis Church in Whitefield on Sunday, June 10.

Anne Cough, of Gardiner, is one of many descendants of Irish farming families who can trace their families back several generations in the second-oldest Catholic Church in New England, said Fr. Frank Morin. Morin is the pastor of St. Michael Parish, which includes St. Denis.

Though a few of Cough’s descendants immigrated to the Whitefield area just prior to 1840, St. Denis Church was founded in 1818.

The same year the church opened, 100 Catholic farming families immigrated to the Whitefield and Windsor area for its available farmland. The Keating family, of Whitefield, donated 18 acres of land in the hopes a church would be built on the property.

Though St. Denis is referred to as the daughter church of St. Patrick, more churches began to sprout throughout the region after its inception.

“Fr. Ryan, of St. Denis, he was the one who nurtured these Catholic communities in Gardiner, Hallowell, and Augusta in the 1850s,” Morin said. “He was the one promoting them to form themselves into separate parishes, along with the direction of the bishop.” 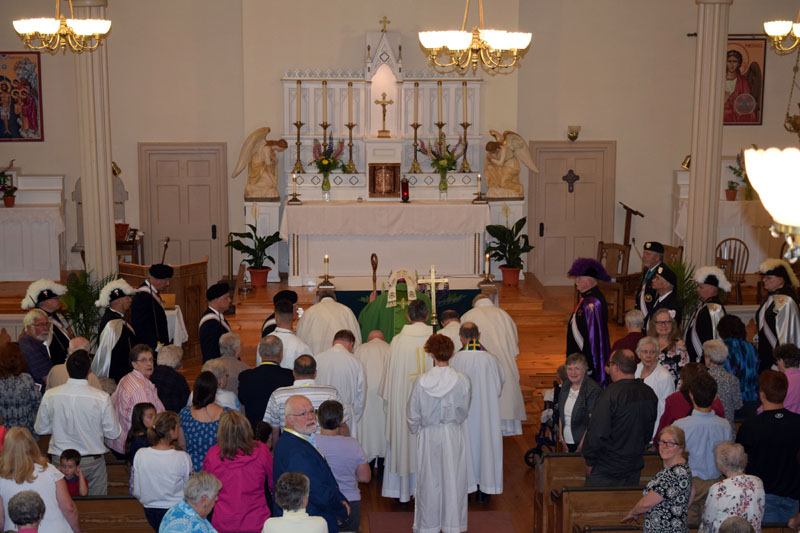 In 1833, a new church was built in the place of the first, because of a rise in parishioners and the poor construction of the previous building. The church has undergone other renovations in the second half of the 19th century and in 1998.

St. Denis Church was placed on the National Register of Historic Places in 1976, and 11 years ago, St. Denis Church became part of St. Michael Parish. It is now one of six churches in the parish.

For the anniversary Mass, Bishop Robert P. Deeley, the 12th Bishop of the Diocese of Portland, was invited by the parish to say the homily.

After a reading of the gospel according to Mark, Deeley explained the history of St. Denis, saying the church opened two years before Maine became a state in 1820 and 35 years before the Roman Catholic Diocese of Portland was established in 1853.

He thanked the priests and deacons of the church, including Morin, and the parishioners for their support. 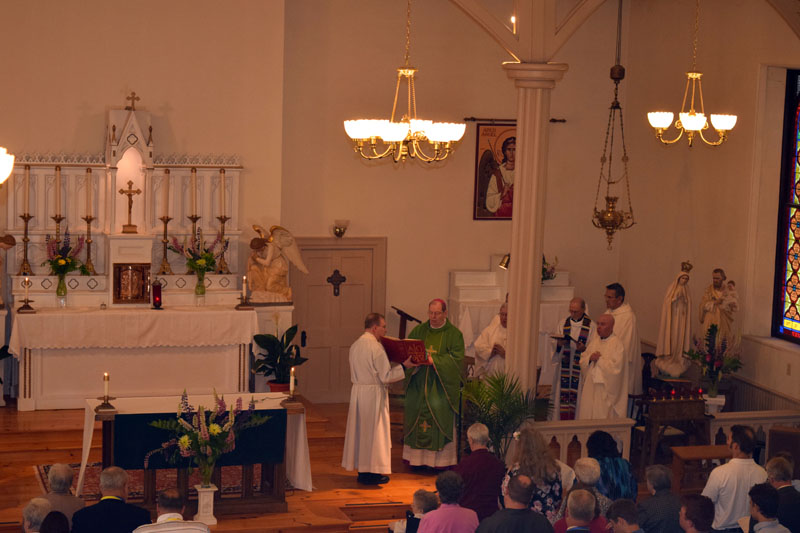 “It’s a beautiful church; it’s a beautiful community of faith,” Deeley said after the mass. “It’s amazing and gratifying that people have been gathering here … for 200 years.”

After the Mass, there was a reception in St. Denis Academy, now known as the parish hall, across the street from the church. The event was ticketed and had sold out before June 10.

In the hall, historical artifacts decorated the room. Parishioners ate food from local farms, highlighting the history of farming families who immigrated to Whitefield, while musicians from the parish played jazz music.

“I’m just happy to be part of this very, very historic moment, celebrating the roots of Catholic faith in this diocese, which covers the whole state of Maine,” Morin said in an interview.

Moving into the third century of the church, descendants of the church’s early parishioners are some of its most loyal today.

“The next generation after me also has good feelings about Whitefield and St. Denis Church,” Cough said. “So it continues on.”