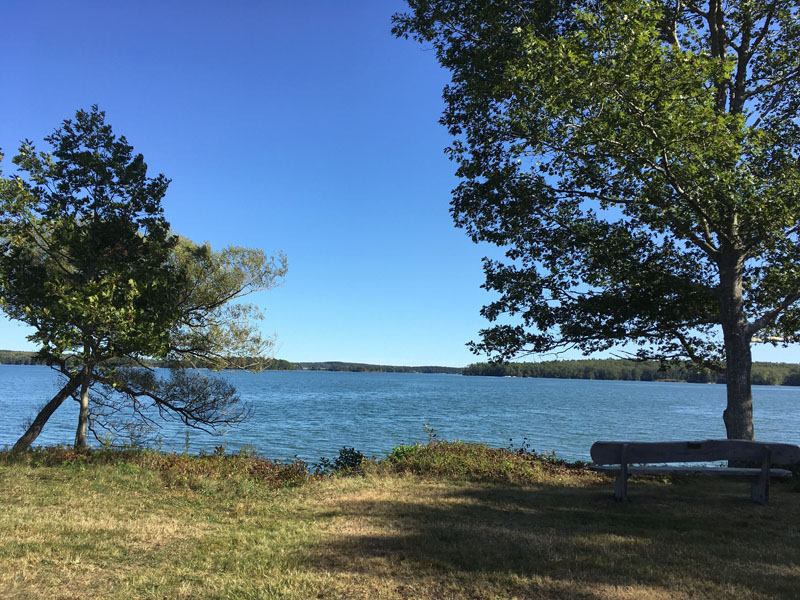 A view of Broad Cove from the Hay Conservation and Recreation Area in Bremen. The state has extended a seasonal closure of the cove’s clam flats from Sept. 30 to Nov. 30. (Photo courtesy Amanda Gavin)

The state is citing pollution as it extends a closure of clam flats in Broad Cove for two months, from Sept. 30 to Nov. 30.

Abden Simmons, chair of the Waldoboro Board of Selectmen and the Waldoboro Shellfish Conservation Committee, said the closure affects flats in both Waldoboro and Bremen.

The seasonal closure is usually in effect from early July through the end of September, according to Maine Department of Marine Resources spokesperson Jeff Nichols. Nichols said the department notified municipalities of the extension Aug. 31.

DMR extended the closure after seeing the results of water sampling, part of an annual testing program run by the department’s Public Health Bureau, according to Nichols.

“The samples showed a degradation of water quality that resulted in the extension of the seasonal closure,” Nichols said.

“We have no information on the pollution source,” he added.

Nichols said additional testing will need to be done before the flats can reopen.

Bremen Selectman and shellfish committee member Boe Marsh said the town has been working to identify and mitigate sources of pollution responsible for the seasonal closures in Broad Cove.

Marsh said he and Selectman Wendy Pieh went out on a boat with Amanda Gavin, a water resource scientist and botanist with FB Environmental, and Maggie Kelly, another scientist with the same firm, Monday, Sept. 21.

Marsh said the town contracted FB Environmental in early August, before the extension of the seasonal closure, but the extension is lending urgency to their work.

“The extension of the seasonal closure definitely rang some alarm bells for us,” Marsh said. “Monday was our first foray with FB Environmental.”

The selectmen and scientists toured Broad Cove by boat as part of the firm’s initial water quality risk analysis.

“We went by all the state’s water quality testing sites,” Marsh said. 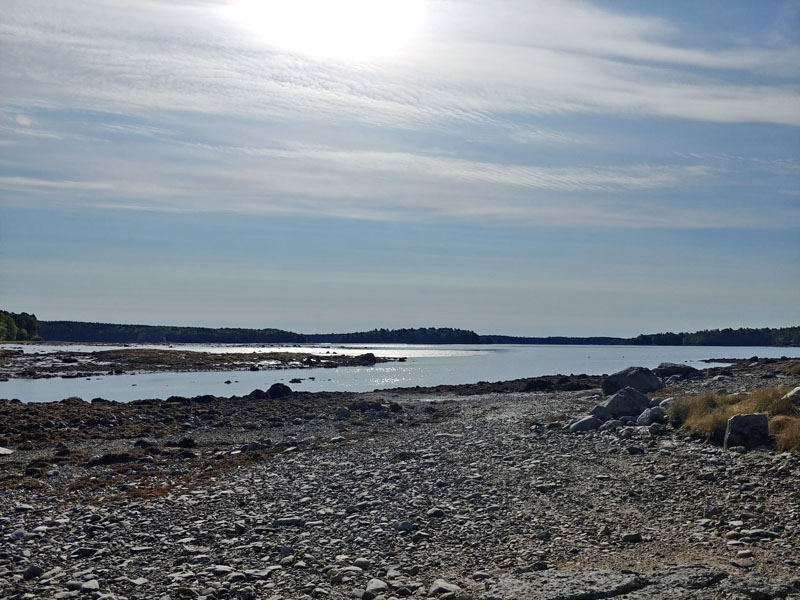 A view of Broad Cove from Storer Landing in Bremen. FB Environmental Associates LLC, of Portland, is working with the town of Bremen to identify sources of pollution in the cove. (Photo courtesy Amanda Gavin)

The Broad Cove section of the Medomak River estuary in Bremen totals 830 acres.

“They are the most productive flats in the town,” Gavin said.

“Our goal is an in-depth review of Broad Cove. There are always things to do within a watershed to impact nonpoint-source pollution,” Gavin said.

Nonpoint-source pollution can include excess fertilizers, herbicides, insecticides, oil, grease, and sediment from improperly managed properties and eroding shorelines, according to Gavin.

As part of the initial investigation, Gavin said she and Kelly did some work on land, driving around area roads before heading out onto the water.

“Maggie and I did a watershed survey before we went on the boat. We drove around all the roads and used a mapping tool to delineate the location of the direct watershed,” Gavin said. The scientists noted erosion around culverts, poorly maintained roads and driveways, and buffers between properties and the water.

“We looked at shoreline buffers, how much vegetation was between the mainland and the cove. Ideally the vegetation will filter a large part of any pollutants out before it gets to the water,” Gavin said.

Once on the water, Gavin and Kelly did a shoreline survey, looking at the properties abutting the shore to see where erosion or congregations of wildlife, including waterfowl or turkeys, could have a detrimental impact on water quality.

Gavin said the next step for the firm is to review both historical data and the data they gathered to develop an action plan for the town.

“This includes things we can fix, protective ordinances, and policy recommendations,” Gavin said.

Marsh said the town’s work with FB Environmental is part of a multiple-step process to open Broad Cove to shellfish harvesters on a year-round basis.

According to Marsh, the town also continues to work with scientist Brian Beal, of the Downeast Institute, to investigate clam recruitment techniques, and with the University of Maine’s Darling Marine Center and the towns of Damariscotta and Newcastle on a shellfish study of the Damariscotta and Medomak rivers.