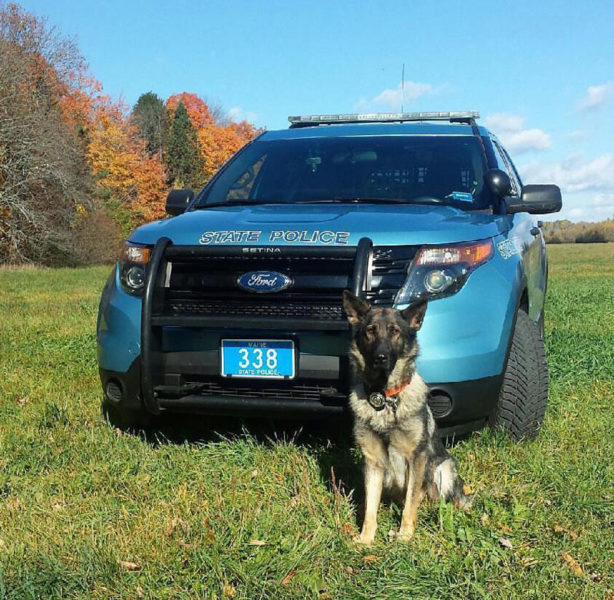 The Lincoln County Sheriff’s Office received the initial report of the situation, according to a post on the Maine State Police Facebook page.

The woman had last been seen around 1:50 p.m., when she made statements about going into the woods to die, according to the post. She left her cellphone at the home and brought her medication.

The woman’s family walked around the woods near the residence, but was unable to locate her, according to the post.

Maine State Police Trooper John “J.P.” Lacoste and his K-9 partner, Bella, arrived at the home at about 3:45 p.m., according to the post. After Lacoste obtained a scent article from the residence, Bella checked several areas north of the residence where her family said the woman likes to walk.

After Bella did not find a track in those areas, Lacoste had Bella return to the scent article, according to the post. Bella then tracked through thick woods in another area for “some distance” before indicating she had found the woman.

Lacoste found the woman lying face down on the ground with an empty pill bottle by her side, according to the post. The woman was unconscious and her breathing was labored.

Mitkus and Shea helped Lacoste bring the woman out of the woods. The Dresden Fire Department was also on scene, Mitkus said.

Gardiner Rescue took the woman to a local hospital, Mitkus said. An update on her condition was not available.