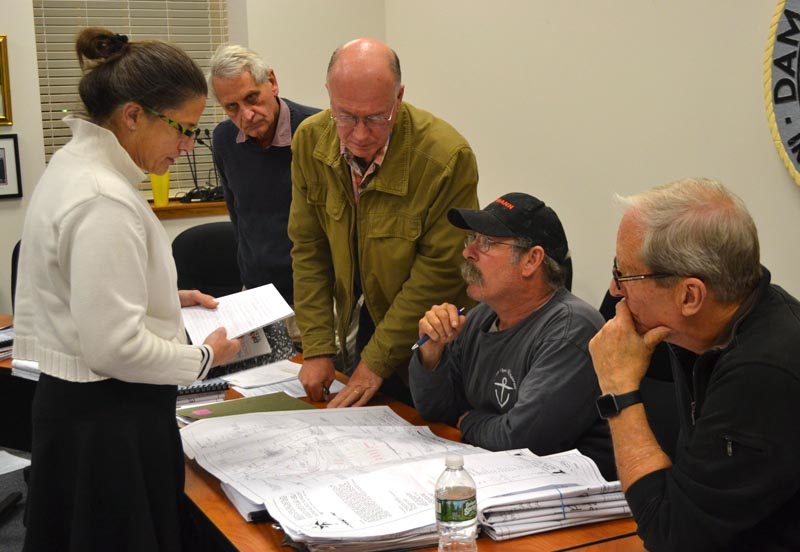 After many months of discussion between representatives of Stepping Stone Housing Inc., neighbors, and town officials, the Damariscotta Planning Board has scheduled a public hearing to discuss the organization’s scaled-back plan for a transitional housing development.

The public hearing will begin at 6:30 p.m. on Monday, Dec. 5. The planning board will limit the hearing to 30 minutes due to a heavy agenda.

Stepping Stone Housing Inc. Executive Director Marilee Harris outlined the plan during the planning board’s Monday, Nov. 14 meeting. No formal application has been submitted to the town by the organization.

Stepping Stone now plans to build five new units of approximately 700 square feet each and with two bedrooms each, Harris said. A small, existing cottage would remain. The plan differs from a previous proposal consisting of a tiny house and three two-story duplexes.

Throughout the planning board’s review of Stepping Stone’s proposals, neighbors to the property at the corner of Hodgdon and Pleasant streets have spoken against the project for a variety of reasons, including the maximum number of people who could live on the property.

During the board’s October meeting, Harris said each unit would hold a maximum of four people. While it is possible that there could be 24 people on the property, it is unlikely that all the units will be filled to maximum capacity, Harris said.

The goal of Stepping Stone is to provide temporary housing to individuals or families making less than $17,000 a year, Harris said. Currently there are mostly single people living on the property, she said.

Stepping Stone does not discriminate based on age or disability, and there is no time limit on how long someone could live on the property, Harris said. While it is not required that the units be compliant with the Americans with Disabilities Act, Harris said the nonprofit is trying to accommodate the needs of those who need assistance.

“That’s not our goal or objective, but we would try to meet the needs of those who come our way,” Harris said.

In addition, Stepping Stone would use its insurance company for a nationwide background check.

Harris said there are categories of crimes that would disqualify someone from living on the property. The board of directors is working on a screening process for applicants.

In addition to a public hearing on Stepping Stone, the Damariscotta Planning Board will also hold public hearings regarding the subdivision of four lots along Heater Road into six, and about LincolnHealth’s proposal for an outpatient health center on the Miles Campus.