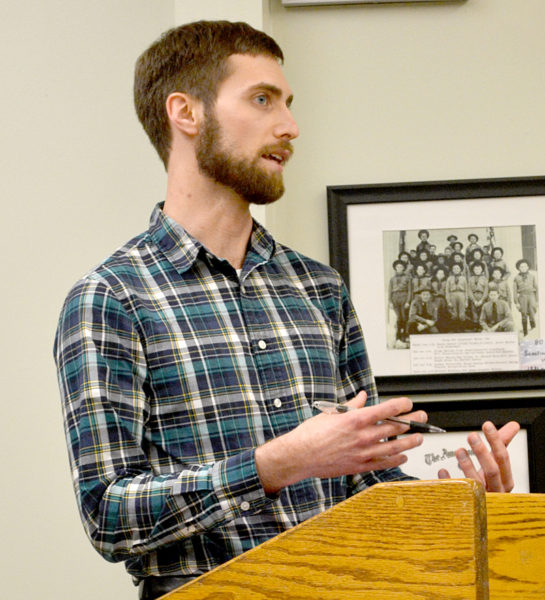 Non-binding referendum questions on whether to maintain the position of town planner and whether to tuition out high school students will not go to voters at Wiscasset’s annual town meeting by referendum in June.

After hearing several public comments, the Wiscasset Board of Selectmen voted Tuesday, April 4 to remove the questions from the warrant.

The motion to remove the question “Do you support discontinuing the Town of Wiscasset Planning Department?” passed 4-1, with only Jeff Slack opposed.

The motion to remove the question “Do you support closing the Town of Wiscasset High School, grades 9 through 12, and sending those students to other school districts through a tuition agreement” passed 3-2, with David Cherry and Slack opposed.

The questions were placed on the draft warrant at the selectmen’s request, and were not the result of citizen petitions. A citizen petition calling for the establishment of a committee to study alternative options to educate Wiscasset’s high school students has been in circulation since January.

No petition has been received by the town. The deadline to submit such a petition and force a vote is in about a month, Town Manager Marian Anderson said.

Slack was an advocate for both of the straw polls, and asked that they be placed on the warrant. In finalizing the 2017-2018 municipal budget March 23, selectmen nearly eliminated the town planner from the warrant altogether, according to meeting minutes.

During the meeting, a motion to place the town planner’s budget on the warrant failed 3-2, with Slack voting in opposition. A motion by Slack to reduce the position to part-time was also unsuccessful.

The Wiscasset Budget Committee voted against the town planner’s budget 6-2.

Wiscasset voters rejected the planning department’s budget in 2010, but approved an amended budget at a special town meeting later in the year, selectmen said.

Speaking on April 4, resident Kim Andersson questioned how the town plans to increase revenue and promote economic development if it eliminates the position.

There has been incredible turnover in the town planner position, and each time “we lose ground. We take a step backward,” Andersson said. Town Planner Ben Averill has been on the job for a little over a year. Wiscasset has had three town planners in the past three years.

Selectmen Lawrence Gordon and Cherry said the straw poll would be repetitive, with the vote on the town planner’s budget indicating whether the town is in favor of it. Ultimately, selectmen voted 4-1 to remove the straw poll.

Averill said he had no comment on the debate over the position.

Slack asked that the straw poll on high school students be placed on the warrant due to several requests from residents, he said.

Slack said he hopes the citizen petition to study alternative education options for the high school population is successful, so it will go to a town vote.

The question sends a “negative” message about Wiscasset, Putnam said. “It says we’re not interested in educating our students, our children,” he said. “I’m appalled.”

There are a lot of questions involved in the proposal to close a school and tuition out high school students, Souza said. The straw poll “doesn’t tell me anything,” he said.

There was no information about the costs or savings involved in the proposal on the warrant article, Souza said. “You’re not giving people information to make a decision,” he said. “It’s not good governance.”

With special education tuition costs, the town may find it would pay more for tuition than for operating the school, Andersson said.

Averill suggested that the town consider its plans for the property if it decides to close another school building.

“We just went through quite a process,” Averill said of the sale of the primary school.

Selectmen did not have information on the average cost per student in Wiscasset or estimated tuition costs.

Wiscasset School Department Superintendent Heather Wilmot was on hand for the conversation.

The Wiscasset School Department is projecting an increase in revenue from tuition students choosing to attend school in Wiscasset, and enrollment is increasing, Wilmot said.

While it will take time to separate the numbers to determine the true cost per student, Wilmot said she would provide selectmen the information.

The debate about closing a school and paying tuition for students in grades nine through 12 has gone on since discussions about withdrawing from RSU 12 began, Chair Judy Colby said.

Selectmen are tasked with sending foreclosure notices to residents behind on their taxes, she said.

When we have to “come down on someone, we don’t sleep at night,” Colby said.

Many of the town’s residents are elderly and on fixed incomes, Selectman Ben Rines said. They cannot afford a tax increase every year.

The proposal to pay tuition for high school students would involve closing a school, which only the school committee can authorize, according to Maine law.

While Colby voted to remove the straw poll, she said that she would like to see the subject go to voters. “Personally, I’d like to see a vote to put an end to the subject,” she said.