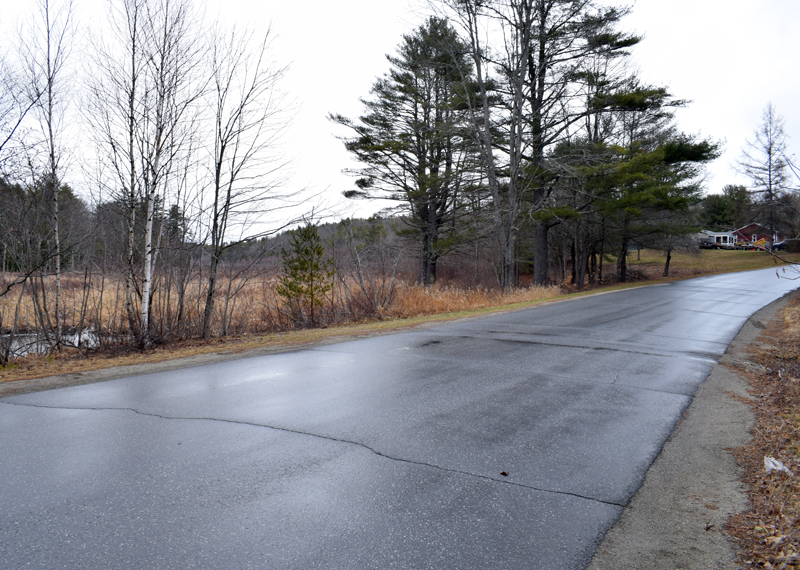 An area of Back Meadow Road in Damariscotta where a man with a suspicious package was reported the morning of Saturday, April 3. The Maine Drug Enforcement Agency determined that the package was “just trash,” according to a spokesperson for the Maine Department of Public Safety. (Evan Houk photo)

A report of a man with a suspicious package and the man’s flight into a Damariscotta swamp led to a four-hour search by air and land Saturday, April 4. The man remains at large, but police say the package was harmless and there is no threat to the public.

Lincoln County Communications received a report of a man with a smoking box off Back Meadow Road, near the swamp, at 9:27 a.m. Saturday. The caller said he was told that the box contained hydrochloric acid.

Damariscotta Police Chief Jason Warlick said that Officer Phil Tessier was first to respond, but the man was no longer there. 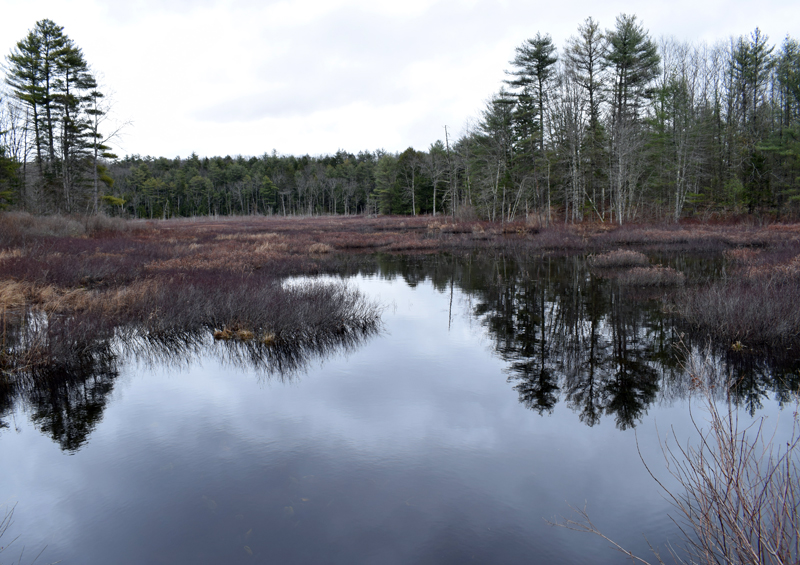 A view of a swamp off Back Meadow Road in Damariscotta. A man is believed to have entered the swamp on Saturday, April 3, leading to an approximately four-hour search. (Evan Houk photo)

Warlick said the package was initially thought to be a “one-pot meth lab” used to cook crystal methamphetamine, which prompted a call to the Maine Drug Enforcement Agency.

Warlick said the package was eventually determined not to be dangerous and “the community has nothing to worry about.”

“It was just trash. They thought it might be a meth lab but it wasn’t,” Maine Department of Public Safety spokesperson Shannon Moss said by phone Monday. 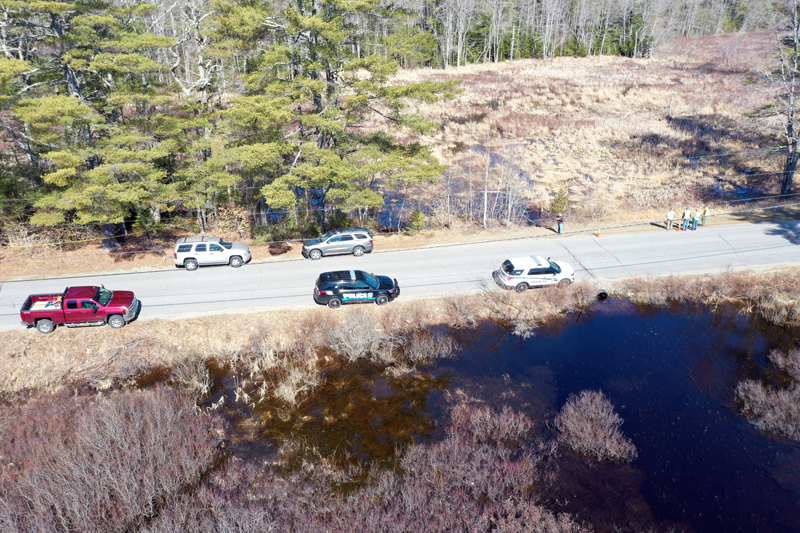 Authorities gather around a swamp off Back Meadow Road in Damariscotta during a search operation Saturday, April 3. (Photo courtesy HS Drone Works, Newcastle)

Damariscotta Fire Chief John Roberts said on Monday, April 5 that the box was not a fire hazard when firefighters arrived shortly after the police department.

The Damariscotta fire and police departments searched for about four hours, aided by a K-9 unit from the Lincoln County Sheriff’s Office and an airplane from the Maine Warden Service, Roberts said.

Searchers found clothes and shoes in the swamp, but not the man, Roberts said. “We cleared the swamp,” he said.

A report of a man with this package, which was smoking at the time, sent several law enforcement agencies to Back Meadow Road in Damariscotta on Saturday, April 3. Authorities warned the public to report suspicious packages and stay away from them.

Warlick said the Maine Warden Service’s airplane did not discover anyone in the swamp or waterways, but it is thought that the man fled through the water.

Warlick said that the man’s identity is unknown and an investigation is ongoing. No report of a missing person has been filed. The police department talked to area residents and “nobody saw anything,” Warlick said.

Newcastle Deputy Fire Chief Casey Stevens responded with a drone to help in the search.