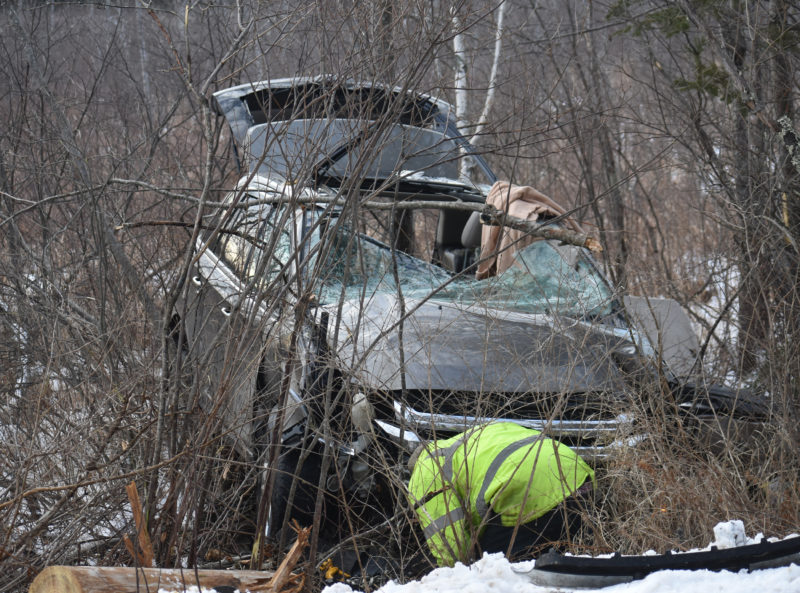 A Ford Edge SUV was badly damaged when it went off Manktown Road in Waldoboro and rolled over. The driver was taken to a hospital with non-life-threatening injuries. (Alexander Violo photo)

A Waldoboro woman was taken to LincolnHealth’s Miles Campus after an SUV rollover on Manktown Road in Waldoboro the afternoon of Friday, Jan. 4.

Susan Overlock was driving a Ford Edge west on Manktown Road, toward Route 235, when the vehicle crossed the centerline, left the road on the opposite side, and knocked down a utility pole before coming to rest on its side against several trees, according to Waldoboro Police Chief John Lash. Overlock’s age and town of residence were not available at the scene. She was the only person in the vehicle. 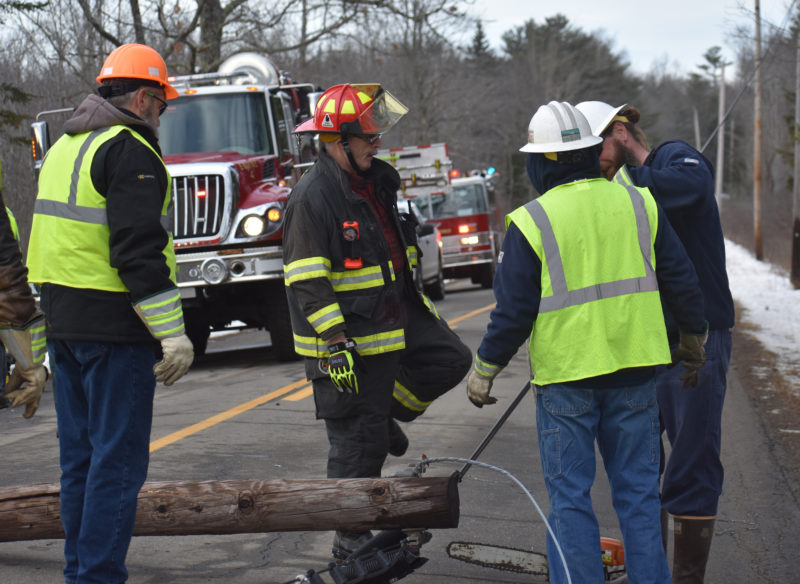 Central Maine Power Co. employees and a Waldoboro firefighter prepare to remove a utility pole from the scene of a rollover on Manktown Road the afternoon of Friday, Jan. 4. (Alexander Violo photo)

Lash said the cause of the accident is unknown.

The utility pole came down in the middle of the road. Central Maine Power Co. responded to clear access to the scene for an ambulance and remove the pole and wires. A tow truck removed the vehicle.

Firefighters accessed the scene from the opposite side, traveling to Manktown Road via Route 235 to avoid the utility lines cutting off access from Route 1. The scene was in the area of 600 Manktown Road.

Manktown Road was closed in the vicinity of the crash, with westbound traffic blocked at Miller Road while debris and utility lines were removed from the scene. 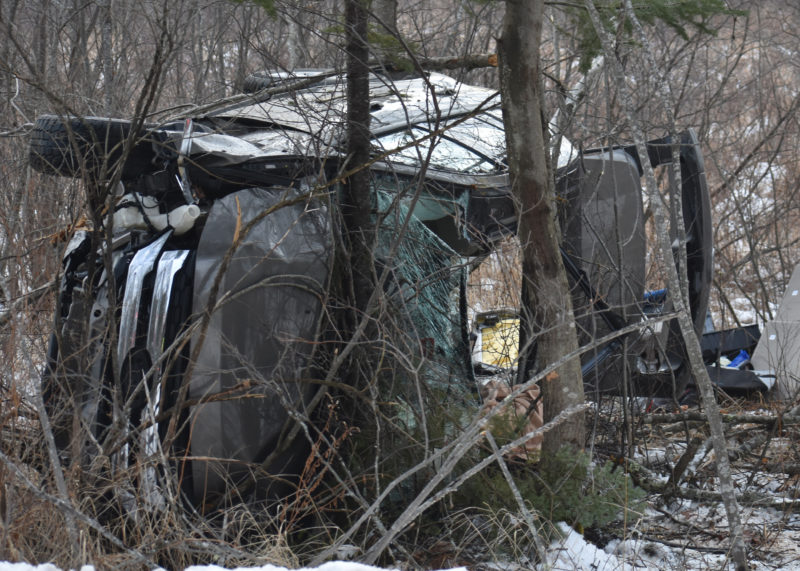 A Ford Edge SUV at rest on its side after going off Manktown Road in Waldoboro the afternoon of Friday, Jan. 4. The driver sustained non-life-threatening injuries. (Alexander Violo photo)