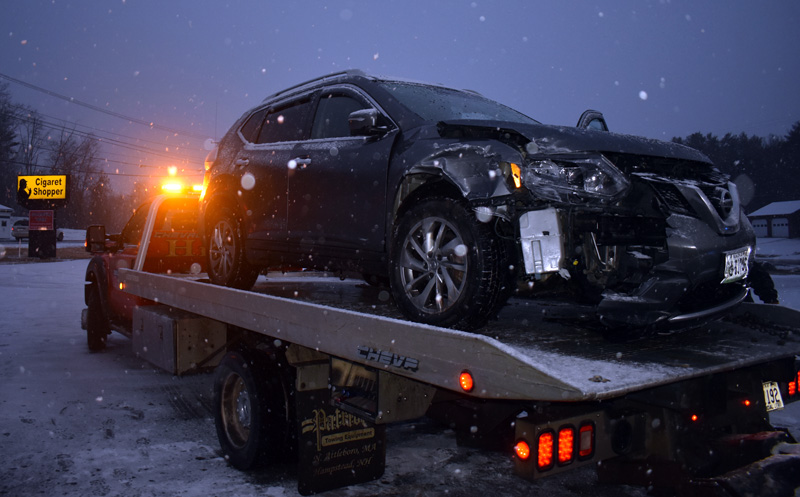 The driver of a Nissan SUV crashed into the front of a Chinese restaurant in Waldoboro on Tuesday, Dec. 17. (Alexander Violo photo)

An SUV struck the building home to Cigaret Shopper and the Golden Wok Chinese restaurant in Waldoboro on Tuesday, Dec. 17. The crash damaged the building, but there were no injuries.

Police attributed the cause to driver inexperience.

Danica Daniello, 25, of Waldoboro, was parking the silver Nissan SUV in front of the building when her foot slipped off the brake and inadvertently hit the gas, according to Waldoboro Police Chief John Lash and Officer D.J. Jones. The SUV then struck the building at a low rate of speed.

The building is at 25 Washington Road, near the intersection with Route 1. 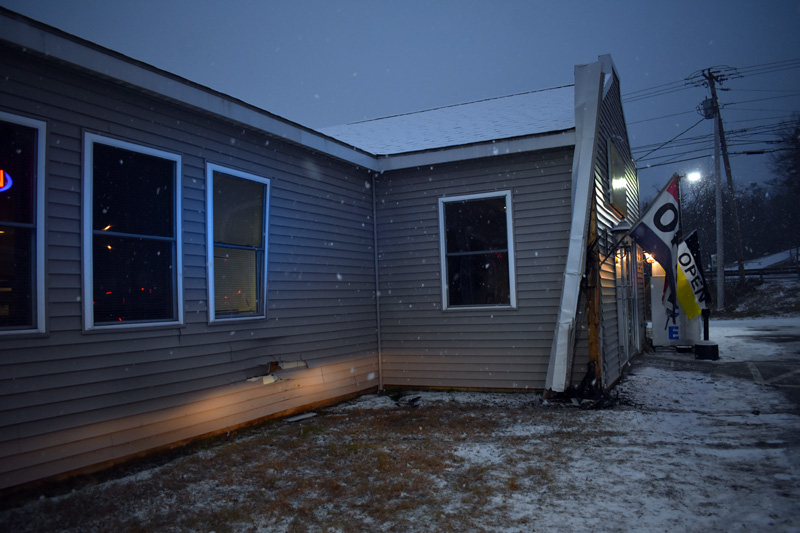 The driver of a Nissan SUV crashed into the front of a Chinese restaurant in Waldoboro on Tuesday, Dec. 17, damaging the building. (Alexander Violo photo)

Daniello has a learner’s permit, according to Jones. She was driving with a passenger who has a driver’s license, as the law requires.

A small child was in the back seat of the SUV, according to Jones. While there were no injuries, the occupants were a little shaken up. Waldoboro Emergency Medical Services checked them at the scene.

Lash said there were people inside the building at the time of the collision, but no one inside was hurt. Both businesses remained open after the crash.

The Nissan hit the portion of the building that houses the restaurant, causing damage to the exterior and interior.

After the removal of the SUV, firefighters and police officers helped patch the damage to the front of the restaurant. Lash said he was trying to contact the owner of the building. 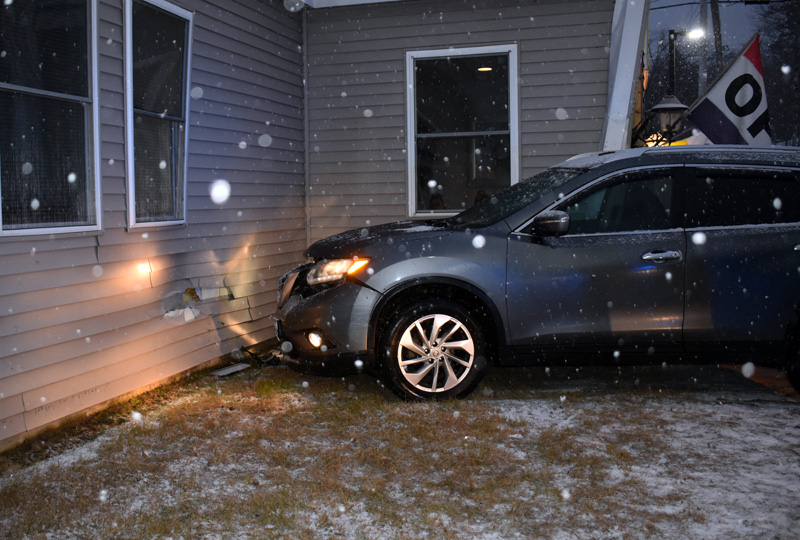 “There is some work to do,” Lash said.

Lash said the accident followed a single-vehicle rollover on Chapel Road about an hour earlier. There were no injuries in the rollover. Lash attributed that crash to driver inexperience as well.

The weather was snowy Tuesday. “The main roads are fine but the back roads are getting a little slippery,” Lash said.