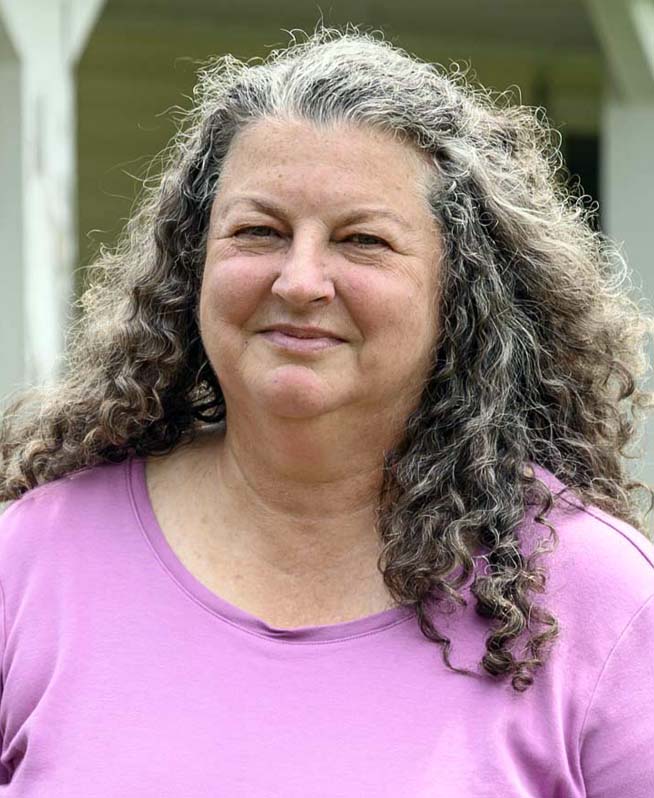 Pamela J. Swift, D-Palermo, said she will bring a “knowledgeable voice” to the Legislature on issues involving farming and health care.

A retired OB-GYN, Swift now owns a small farm in Palermo and wants to use the skills and expertise garnered from both professions to help the state address key issues affecting Mainers.

“I feel like I just want to bring some sanity back to government,” Swift said. “(People) want the government to work, they want both sides to be able to work together to get things done to help them … I have an ability to work with people, even those that I have differing views from.”

Swift is seeking election in House District 62, which includes Hibberts Gore and Somerville, as well as China and Windsor in Kennebec County and Palermo in Waldo County. Swift is running against realtor Katrina Smith, R-Palermo and farmer Lindsey Harwath, I-China.

Swift is impressed with how the Maine Legislature “is able to work in a bipartisan fashion” to get bills passed and she wants to be a part of that. She believes her ability to listen and empathize, which she called a “big part of my success in medical practices,” will be useful in that endeavor.

“People want so much to be heard,” she said.

Swift holds a bachelor’s degree in animal science from Virginia Tech and a medical degree from the Medical College of Virginia in Richmond, Va.

She was an OB-GYN for 23 years in Danbury, Conn., where she worked in the only practice in the area with a perinatologist, a specialist who handles high-risk pregnancies.

During on-call shifts Swift often found herself treating women experiencing complications during childbirth. It was stressful and at times traumatizing, and the experience informed her opinions on a variety of health care issues, including the accessibility of health care, the cost of prescription drugs, and a woman’s right to make decisions about her own body.

As an OB-GYN she was intimately involved with the complexities of the decisions women have to make around abortion, particularly later term abortions where most women want to give birth but are faced with a difficult decision if something goes terribly wrong.

“No one should be making decisions other than the people in the medical exam room,” she said. “Government should play no role.”

Swift retired to Palermo 10 years ago with husband Don Salvatore and bought a small diversified farm where she raises meat animals as well as a few vegetables.

Supporting small family farms in Maine “is crucially important,” Swift said. She cited Songbird Farm in Unity, which stopped sales and voluntarily recalled all its products in response to the discovery of polyfluoroalkyl substances, also known as PFAS, on its land and in its water as an example of the type of agricultural issues she wants to address as a legislator.  PFAS are a group of persistent chemicals that have been found in the soil and groundwater of a number of Maine farms. They pose potential health risks to humans and the environment.

“That’s really tragic and that’s why I’m a big proponent of the precautionary principle that corporations should have to prove that a chemical is safe instead of 40 years later residents are trying to prove that it’s not,” Swift said.

“PFAS are a big concern in this district,” she said. “Not just with lake water quality but with well water quality. That’s really just kind of coming to the forefront here.

While District 62 does not include any coastal towns, Swift also acknowledged the problems facing local fishing industries from the depredation of clam populations by invasive green crabs to the effects of climate change on the lobstering industry.

“Lobsters are going to march north,” she said.

Swift likes the idea of finding ways to utilize invasive species – perhaps looking into the viability of employing people to collect green crabs for use as compost, similarly to how lobster and oyster shells are used for compost.

Swift believes that there needs to be a move away from fossil fuels. “Solar is not going to be the one and only energy source,” she said,

Combined with other clean energy options such as wind, geothermal, or tidal, Swift thinks a reduction in greenhouse gases and hopefully a reversal of climate change can be achieved. She also likes the idea of locating solar farms on PFAS contaminated fields and saving the non-contaminated land for agriculture, a proposal she first heard from local farmers as she was campaigning.

“You get good ideas when you talk to other people,” she said.

Swift is encouraged to see energy prices coming down a bit but remains wary of price gouging and is in favor of a legislative response to the practice. She sees a reduction in the gas tax as one possible avenue to provide financial relief to Mainers and said that “for people who are really struggling there can always be some help dollarwise from the state.”

Swift is a proponent of the state providing more funding for mental health services, which she said have been “notoriously underfunded forever.”

“There hasn’t been money for people to get treatment (for drug addiction),” Swift said. It’s a situation she decries because she has a specific type of experience with the abuse of prescription medicines.

Swift recalled that drug representatives who came to the medical practice where she worked swore that Oxycontin was not addictive.

“We know now that was a complete lie … and I prescribed based on that lie,” Swift said. “It’s horrifying to me that something I prescribed could have caused harm because the first oath you take as a physician is first do no harm.”

Swift said she would like to see better vetting of health and environmental claims from industries like the pharmaceutical industry, tobacco, or the oil companies. She would like to see consequences as well, but recognizes the inherent difficulties in holding companies accountable.

She’s in favor of having watchdogs agencies or organizations, whether governmental or private, in place “that have teeth” and having safety regulations that can prevent fraudulent claims.

Swift said the affordable housing crisis is new to her radar, but she thinks there may be creative ways to address the problem such as converting old buildings into apartments. She thinks the best way to accomplish such a goal might be for the Legislature to incentivize private businesses to take such projects on “for the betterment of all of us.”

“I think of Waterville,” Swift said. “They have these beautiful old brick factories … It sure would be nice if something could be done with them to make them productive.” She likes the idea of mixed-use communities where apartments and condos share space with restaurants, shops, and art galleries.

She enjoys crafting when she’s not taking care of her “fur and feather babies.” She recently took up knitting and finds it to be meditative and therapeutic. Her goal is to knit a sweater from wool raised on her farm.