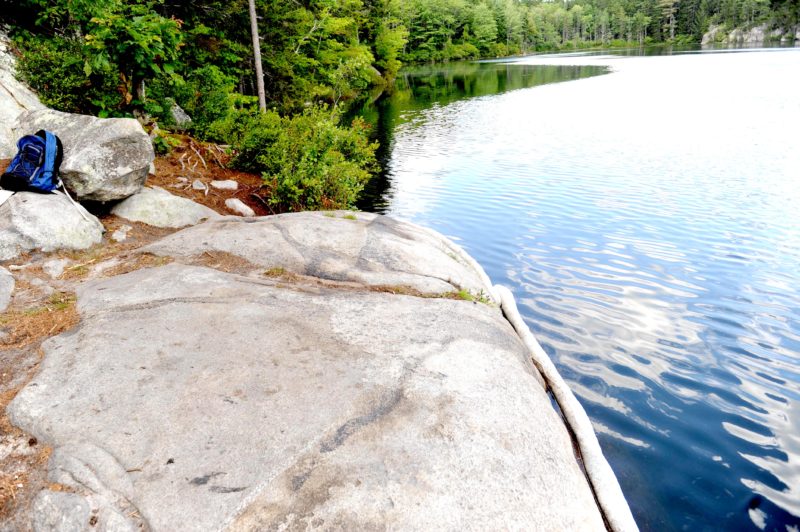 The shore of Peter’s Pond in Waldoboro, where someone dumped tar or a tar-like substance, prompting a state-led cleanup effort. (Paula Roberts photo)

Someone dumped a substance described as driveway sealant or roofing tar on the shore of Peter’s Pond in Waldoboro recently, prompting a cleanup effort by the Maine Department of Environmental Protection.

The substance was dumped near the water on an area of the shore popular with swimmers.

According to DEP Director of Communications David Madore, the incident occurred the evening of Thursday, Aug. 4, and crews from the DEP and a private contractor participated in a cleanup effort Friday and Saturday, Aug. 5 and 6. 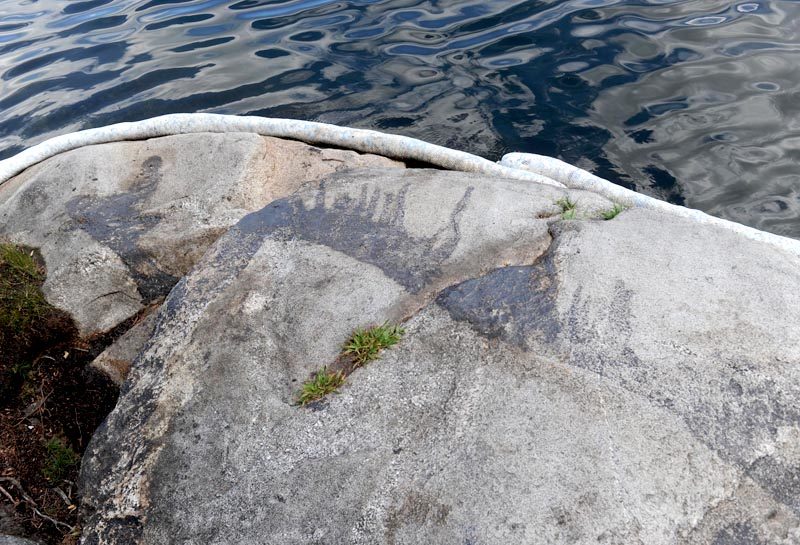 A black stain remains on the rocks at Peter’s Pond where someone dumped driveway sealant or roofing tar. Absorbent booms are in place to protect the water. (Paula Roberts photo)

Madore said a DEP oil and hazardous materials responder was dispatched to the scene to assess the site and begin cleanup operations.

Madore said that upon arriving, the responder decided it was necessary to call for a second DEP responder and then a private contractor, Clean Harbors, to assist with cleanup efforts and hazardous waste removal.

“They made the assessment to hire a contractor to clean up the entire area,” Madore said.

Additionally, a third responder from DEP was dispatched to the scene to observe the cleanup.

Madore said soaked rags were used to pick up the substance and wash the rocks, while a grinder was employed to remove the sticky material from crevices on the shoreline.

Madore said the high temperatures on Friday and Saturday impacted responders’ efforts, turning the substance into a near-liquid form and creating a heightened risk of the tar or sealant getting into the body of water. There was a little sheen on the water, he said. 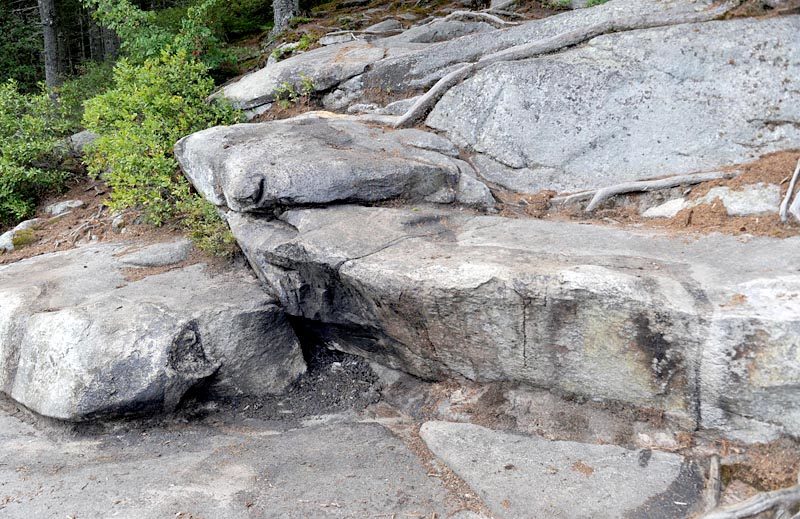 According to Maine Department of Environmental Protection Director of Communications David Madore, the cleanup of tar or a tar-like substance on the shore of Peter’s Pond was succesful, with only a slight stain remaining on the rocks. (Paula Roberts photo)

“They were trying to keep it from getting into the pond. They moved as quickly as possible to minimize impact on the pond,” Madore said.

Madore said the cleanup was considered successful, though a slight stain remains on the shoreline.

Portions of land around the pond are part of Peter’s Pond Preserve, which is maintained by the Medomak Valley Land Trust, however, the dumping incident reportedly occurred on private property.

The Waldoboro Police Department is investigating the incident, according to Chief Bill Labombarde.