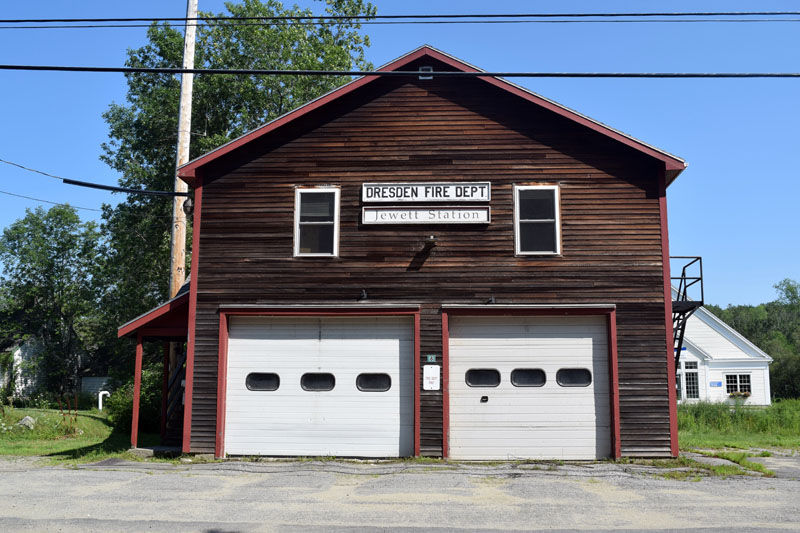 The tradition began in 1962, only 15 years after the department’s founding.

Gorham Lilly would leave from middle school, like other students, and head to the Dresden Fire Department whenever the department needed help. The station was in Dresden Mills, at the intersection of Gardiner Road and Middle Road.

Through an arrangement with the school, the fire department, and the town, Gorham did the same work regular firefighters would do. All he needed was consent from his parents.

He has remained with the department ever since – 56 years. He has served about 30 years as a captain and has filled almost every role on the department except chief and assistant chief.

Much has changed over the years, Gorham said. When he started, there was the two-bay station, a single air pack for firefighters, three red emergency phones, and a 1952 fire truck the town bought brand new.

After Gorham joined, other Lillys followed suit, including his two brothers, Albert, a former firefighter, and Gerald, a former chief and assistant chief who remains on the department as a firefighter.

“I got interested in it because my father did it,” Steve said. “Once I started doing it, I enjoyed helping people.”

Now, the department has an eight-bay fire station and air packs for everyone going into a fire. Members carry pagers and radios. 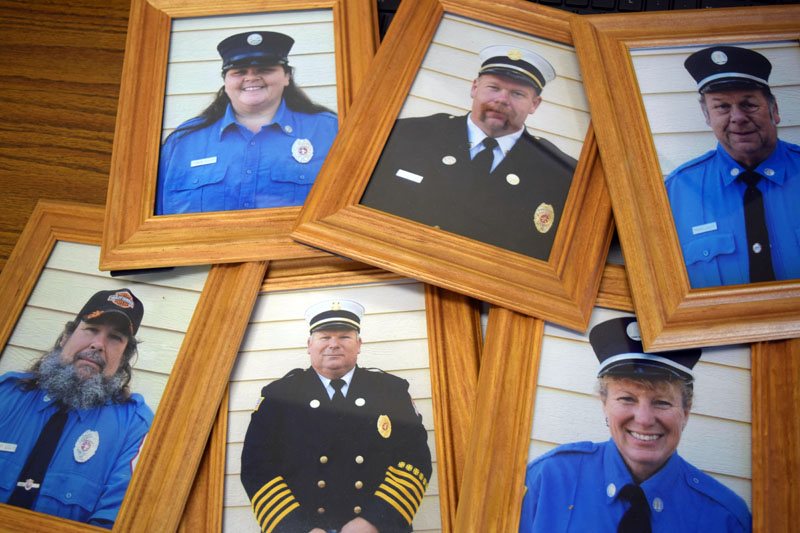 Members of the Dresden Fire Department from the Lilly family include the current chief and his predecessor, as well as other present and past officers. Top from left: Sonia Lilly, Steve Lilly, and Gorham Lilly. Bottom from left: Albert Lilly, Gerald Lilly, and Susan Bickford-Lilly. (Jessica Clifford photo)

The department has three fire engines, a tanker truck, a rescue truck with extrication equipment, a quick-response vehicle for woods fires and car accidents, a forestry truck, a boat, an ATV, and the same 1952 truck from Gorham’s first firefighting days, now used for parades.

Two of the trucks are stored at the old Dresden Mills building, now referred to as Jewett Station.

Since Gorham, his brothers, and Steve started volunteering, stricter age restrictions have been set. The youngest someone can volunteer today is 14, and the state has strict rules for what these young firefighters can do. By 18, Steve said, anyone can become a full-fledged firefighter.

Over the years, marriage increased Lilly family participation in the fire department. Susan Bickford-Lilly, a firefighter, is married to Gerald, and Sonia Lilly, accountability officer for the department, is married to Steve.

Gorham’s wife, Sharon Lilly, was a Dresden Firette until the dissolution of the group and now serves as secretary and treasurer of the nonprofit association that functions hand-in-hand with the department.

The fire association, which shares membership with the department but is open to anyone in the community, has 23 members.

The organization raises money for the fire department, selling food at Dresden Summerfest and Richmond Days, selling Christmas trees in November, and hosting an open house during Fire Prevention Week in October.

Most Firettes had husbands in the department, and during long fires the wives would bring them coffee and sandwiches. Later, the auxiliary became a fundraising tool to offset the fire department’s budget.

The number of women taking part in the Firettes dwindled until the auxiliary folded in the ’90s.

“I’m very proud of my family for the many years of dedication,” Sharon said.

As the years pass, the volunteer fire service has encountered new challenges, such as firefighter recruitment and retention and more stringent training requirements.

When Gorham started, he said there were at least 30 firefighters, and most towns had similar numbers. 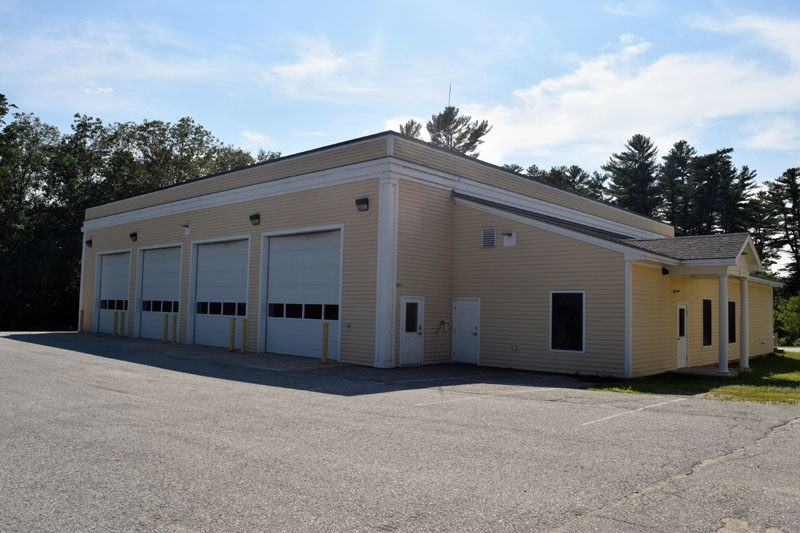 The Dresden Fire Department’s primary modern-day station, at the intersection of Routes 128 and 197 in West Dresden. (Jessica Clifford photo)

Steve recalled having 25 people in the department a few years ago; today there are only 18.

“It’s just a steady training process now,” Gorham said. He laughed about the old days, when a new firefighter might just “grab the hose and go.”

Volunteer firefighters are on call 24 hours a day, seven days a week, unlike full-time firefighters, who might work 24 hours on, followed by 48 hours off. For volunteers, the work can also mean time away from their day jobs.

“Lots of days I didn’t go to work. We were fighting a fire somewhere,” Gorham said. “I had to call in and get vacation … most of the time it was my vacation I had to use.”

Reflecting on the family’s tradition, Steve said “they did it to help people in the community.”

“I guess it’s kind of like a family business,” Tyler said. He joined as a 16-year-old junior firefighter in 2007, after Steve gave him an application. He is now a lieutenant.

“I had a lot of family in the fire service, so I started to want to do it growing up, and Dresden seemed like a great fit, since the chief is my uncle,” Tyler said.

Though the Dresden Fire Department spans three generations of Lilly family members, Sharon and Gorham said many volunteer fire departments have similarly committed families, such as the Merry family at the Wiscasset Fire Department.

“We are just a small representation of small-town fire departments,” Sharon said.