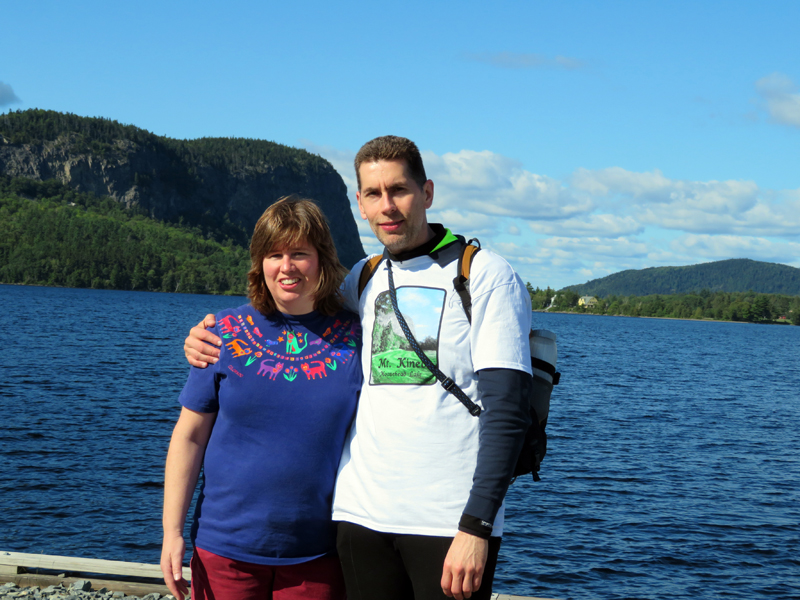 Somewhere in the state of Maine, $20,000 has been hidden. The search for this treasure, called Maine’s Dirigo Treasure, will engage players in a first-of-its-kind, real-world treasure hunt.

The creators of the treasure hunt and the company behind the hunt, Dirigo Treasures LLC, are Newcastle residents Kurt and Kelly Stokes. Kurt, a grant accountant in the Research Service Center at the University of Southern Maine, and Kelly, director of special services for the Central Lincoln County School System, spent three years exploring and photographing locations around the state.

Finding the Dirigo treasure will involve solving a secret, a riddle, and a puzzle.

Players begin their quest with a deck of cards. Each card features a unique image of Maine. Players will identify each image, use their instruction manual, and travel to each location to find the next visual clue.

Players will then use the location of the image, the clues, and the Dirigo code within the manual to reveal the seven Dirigo stones, which have been carefully scattered throughout the state, to find the hidden treasure. The winner will find $20,000 in cash or cash equivalent.

The creators selected what they believe are the 52 most iconic images and locations in Maine for the cards.

“Looking back on it, one of my favorite moments throughout the whole creation was traveling with a broken foot,” Kurt said. “I was awkwardly hobbling around on crutches, with my camera in hand, and still having a tremendously great time! The broken foot had nothing to do with the game.”

Without giving too much away, the Stokeses highlight some of the better-known attractions in the state, as well as hidden gems.

“We want players to explore the unique scenery of Maine, from its rushing rivers to green forests and towering mountains,” Kurt said. “We designed the game to be geographically and historically diverse.”

People of all ages and physical abilities can partake. “There’s no strenuous physical challenges or anything that could put a player in danger,” Kurt said.

The couple ensured that the quest for the hidden treasure is legal, ethical, and environmentally responsible. “We abided by the principles of leaving no trace,” Kurt said.

They intended to launch the game on March 15, 2020, Maine’s bicentennial, but due to the pandemic and the logistics of playing, the game launched on Dec. 1.

The delay encouraged people to buy during the holidays and play in the warmer months ahead.

Kurt said that he hopes the game will motivate people to get outside and discover more of Maine this spring and summer. Two hundred copies of the game have been purchased through their website.

While delighted to hear customers’ positive feedback, Kurt said that he recognizes the game as being a grand experiment, designed to answer the burning question: Will a real-world treasure hunt survive in the digital age?

“When you approach something niche like this puzzle, you don’t know how well it will take off,” Kurt said. “We’re just eager to learn how real-life treasure hunts persevere in the 21st century.”