Newcastle voters will elect two new selectmen from among three candidates during the annual town meeting by referendum July 14.

The annual town meeting will coincide with the state primary July 14. The polls will be open from 8 a.m. to 8 p.m. in the community room of the fire station at 86 River Road, although the selectmen urge residents to vote absentee if possible because of the coronavirus health emergency.

The two candidates who receive the most votes will replace Ben Frey, chair of the board of selectmen, and Carolyn Hatch, vice chair. Neither are running for reelection. The candidates will serve three-year terms. 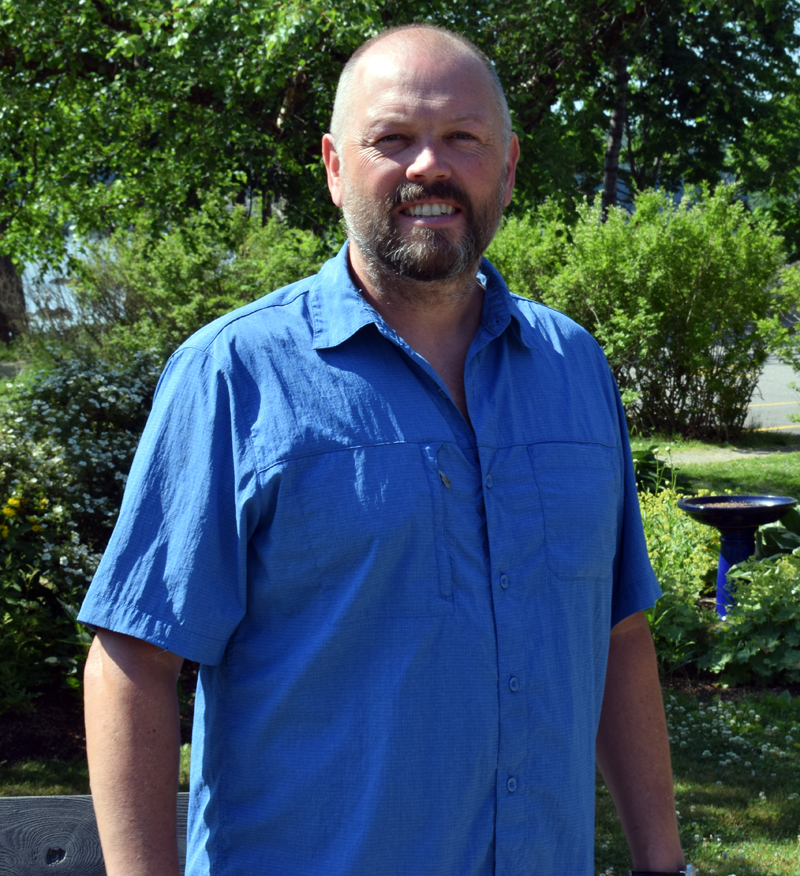 Tor Glendinning was born in New Jersey. His family often visited Lincoln County during the summer and moved there when he was 16.

Glendinning graduated from Lincoln Academy before attending the Wentworth Institute of Technology in Boston and interning in architectural design in New York City.

Glendinning finished his internship at a small firm in Damariscotta before opening his own full-service architectural design firm there in 2003. He is the principal architect of the firm, 44 North Architects. In 2008, he moved his business to Snead Spur in Newcastle.

Local projects designed by 44 North include the recent addition to the Central Lincoln County YMCA building in Damariscotta and the two newest buildings on the Lincoln Academy campus: the Cable-Burns Applied Technology and Engineering Center and Kiah Bayley Hall.

Glendinning chairs the Newcastle Design Review Committee, which he has served on since 2013.

The committee reviews any new construction or renovations in Newcastle’s historic villages to ensure the changes conform to the character of the neighborhoods.

Glendinning served on the Newcastle Local Planning Committee that developed the character code rejected by voters in November 2018, and sits on a new zoning committee appointed by the selectmen to prepare a new and simplified zoning code for voters’ consideration.

Glendinning said his work on these committees sparked his interest in the functioning of municipal government, which he hopes to become more involved in as a selectman.

“Putting my efforts towards this town, Newcastle, has been something that I get great gratification out of. I think the next step, to being a selectman, would be a good opportunity to advance that,” Glendinning said in a phone interview Thursday, June 25.

He does not have any specific goals in mind. Instead, he would approach the job with a willingness to learn and to listen to Newcastle residents and their concerns.

“I’ve got an open mind. I don’t have an agenda. I’m not trying to accomplish anything. I just recognize that Newcastle’s a great town in good standing and I basically just want to keep the keel under the boat,” Glendinning said. 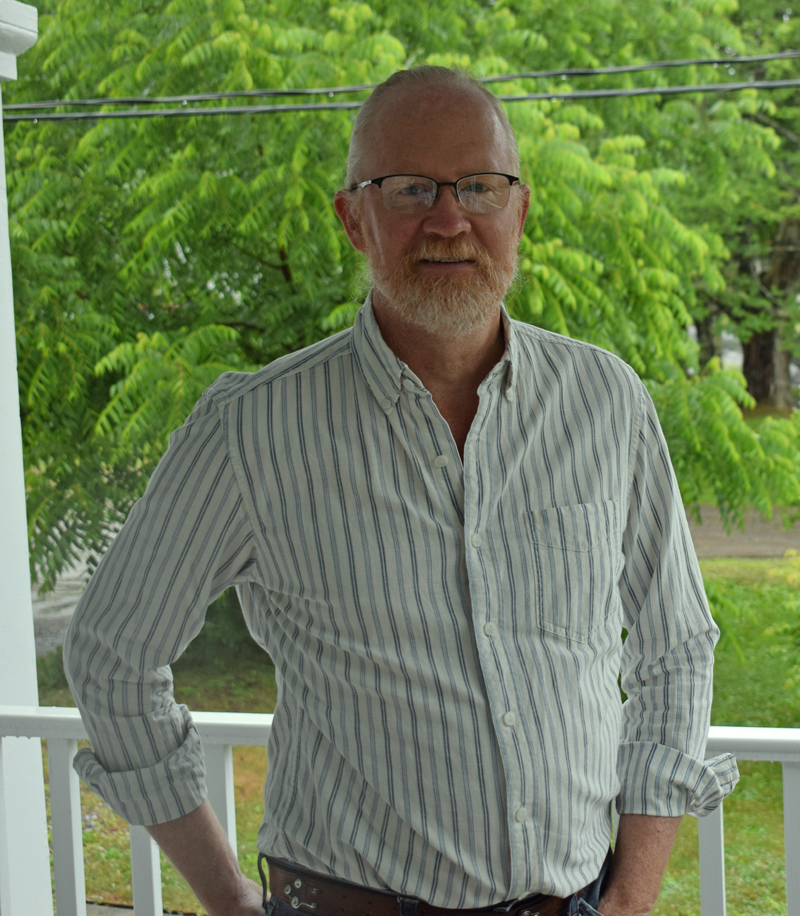 Rob Nelson grew up in New Jersey and lived in California for 20 years before settling in Newcastle in 2005 with his wife, Stephanie Nelson, and two sons. Stephanie Nelson chairs the Newcastle school committee and the Great Salt Bay School Committee.

He had been visiting the area with his family since he was young. His mother’s family is from Newcastle and she graduated from Lincoln Academy.

He sees the natural beauty and diverse mix of people as some of his favorite things about the town.

“Probably the thing I underestimated when I moved here was the interesting mix of people who are from here and from away. I think that makes life here really interesting,” he said in a phone interview Friday, June 26.

Rob Nelson said he has the time to serve on the board of selectmen and give back to the town. He believes the selectmen have been doing a good job in the town for the past five years and he wants to help continue that work.

He appreciates the selectmen’s efforts to keep the property tax rate steady in recent years. “But at the same time, we’re actually starting to work on our roads and that’s a huge backlog of maintenance work. … That’s a process that needs to continue. We only have so much money, but we need to invest it wisely,” he said.

He supports the long-term roads plan implemented by the selectmen this year, which involved the paving of North Newcastle Road and West Hamlet Road and the ongoing reconstruction of Academy Hill Road.

Rob Nelson enjoys sailing in his spare time. He had hoped to sail to the Caribbean this year, but cannot because of coronavirus-related travel restrictions. 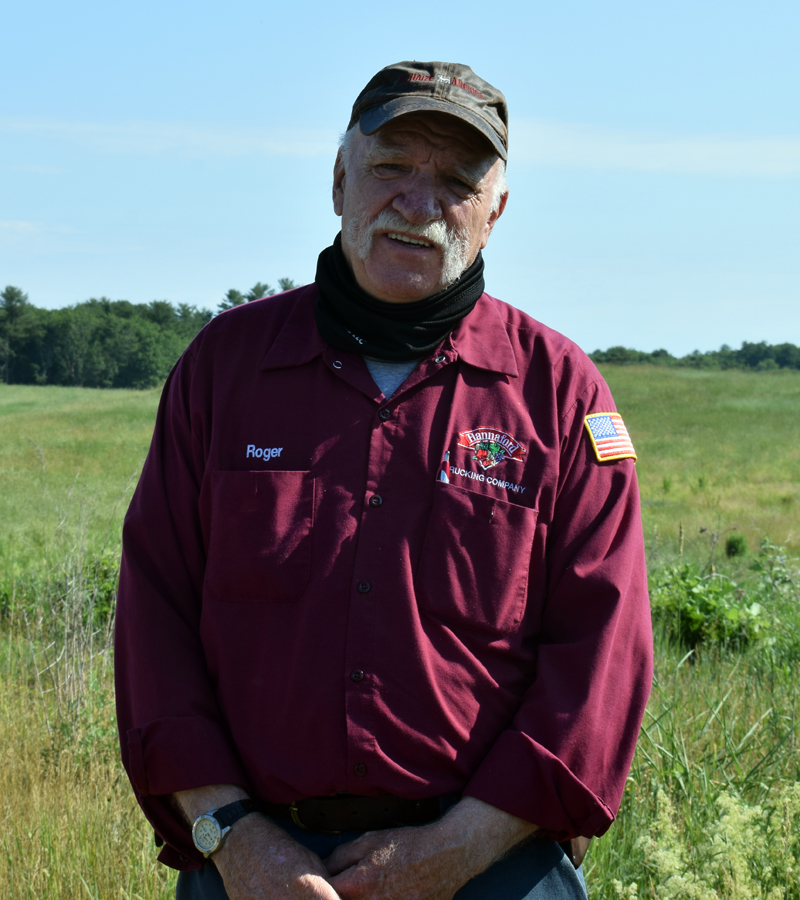 Roger Wilcox grew up in Massachusetts before moving to Newcastle after he met his wife of 40 years, Wanda Wilcox, around 1980. Wanda Wilcox, a lifelong resident of rural North Newcastle, currently serves on the board of selectmen.

Roger Wilcox worked for the Maine Department of Transportation for more than 20 years. He has served as a deputy warden for the Maine Warden Service, a deputy sheriff for the Lincoln County Sheriff’s Office, and a volunteer with the Newcastle Fire Department.

He is now semi-retired, driving a tractor-trailer for Hannaford Transportation.

“I felt like this is a time in my life when I’d have time to devote to this office and give something back to the people of Newcastle,” Roger Wilcox said in a phone interview Thursday.

“I have some differences of opinion with what’s been going on and they advised me that if I didn’t like what was going on, that I should run for selectman myself,” he said.

Roger Wilcox has been vocal at selectmen’s meetings, particularly about spending on roads projects and the town’s relationship with Road Commissioner Seth Hagar and his family business, Hagar Enterprises Inc., of Damariscotta.

“One of my passions, because I’ve spent so much time working on the roads, is our roads and infrastructure. I’d like to focus on that,” Roger Wilcox said.

He also said that although the selectmen have held the tax rate steady for the past five years, he would like to lower it.

“I think that’s a goal that’s attainable, that we can reach, and I think the people of Newcastle deserve that,” he said.

Of what it would be like to serve on the board with his wife, Roger Wilcox said they do not necessarily agree on everything, but they work well together. They used to run a store in the area of Cowshit Corner in North Newcastle.

In his spare time, Roger Wilcox said he enjoys snowmobiling, gardening, and spending time at his cabin in the Penobscot County town of Patten with his wife.