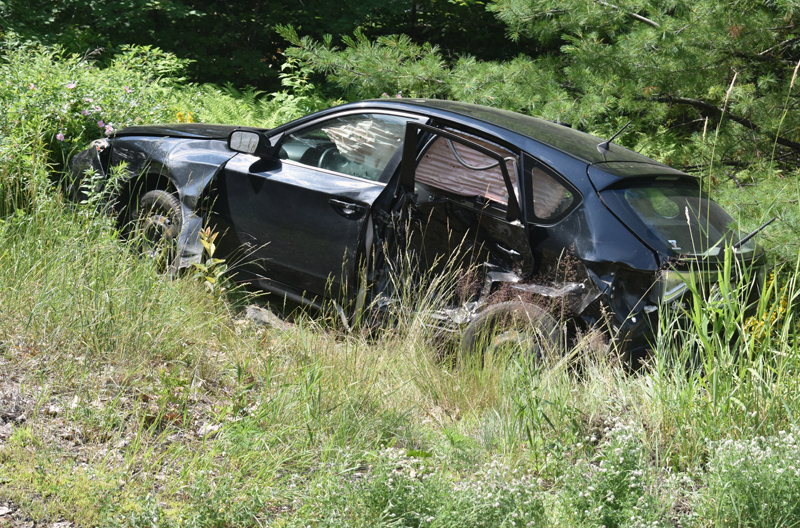 A Subaru Impreza off Cross Road in Edgecomb after a collision at the intersection with Route 1 on Sunday, July 14. (Alexander Violo photo)

Two people were transported to the hospital with non-life-threatening injuries after a three-car collision at the intersection of Cross Road and Route 1 in Edgecomb the morning of Sunday, July 14. 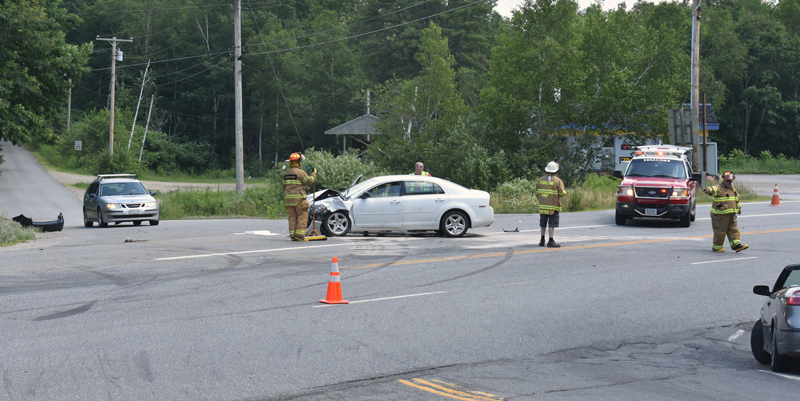 The Edgecomb Fire Department conducts traffic control at the scene of a three-vehicle crash at the intersection of Cross Road and Route 1 in Edgecomb on Sunday, July 14. (Alexander Violo photo)

It appears Wallace did not yield the right of way to Schumann, according to Hayden. He did not know which direction Wallace was turning.

After the initial collision, Wallace’s vehicle spun around and traveled back toward Cross Road, where it hit a gray Saab convertible waiting to turn onto Route 1, according to Hayden. The Wallace vehicle then came to rest in the brush off the southbound side of Cross Road. 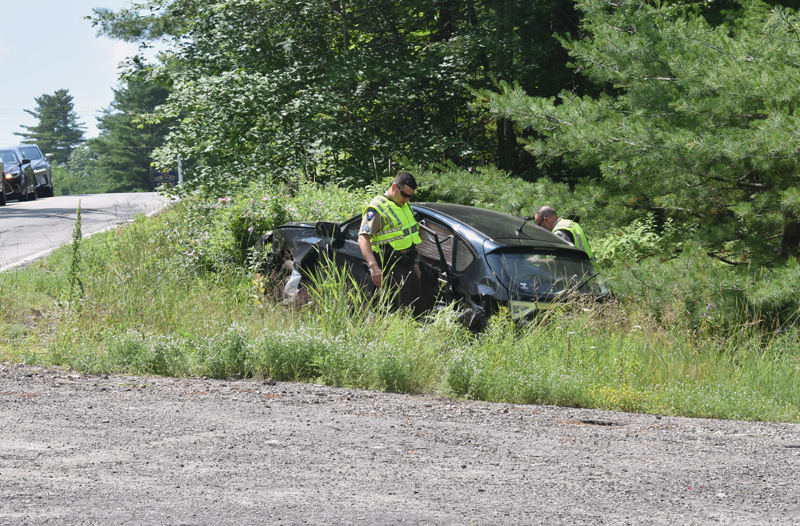 Arthur Garey, 69, of Edgecomb, was driving the convertible with a 9-year-old male passenger in the back seat, according to Hayden. Neither occupant was hurt. 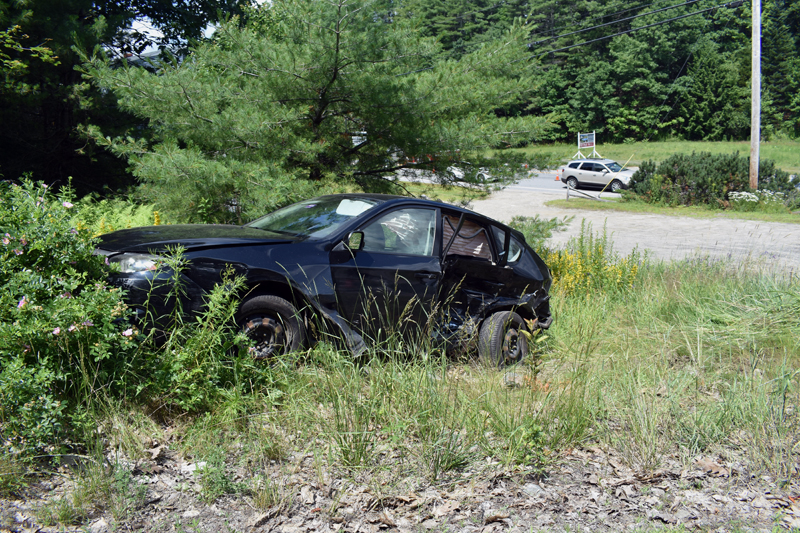 A Subaru Impreza in the brush off Cross Road in Edgecomb after a three-vehicle crash at the intersection with Route 1 on Sunday, July 14. (Alexander Violo photo)

The fire department initially closed Route 1 to traffic, then opened one lane as vehicles and debris were removed from the area.